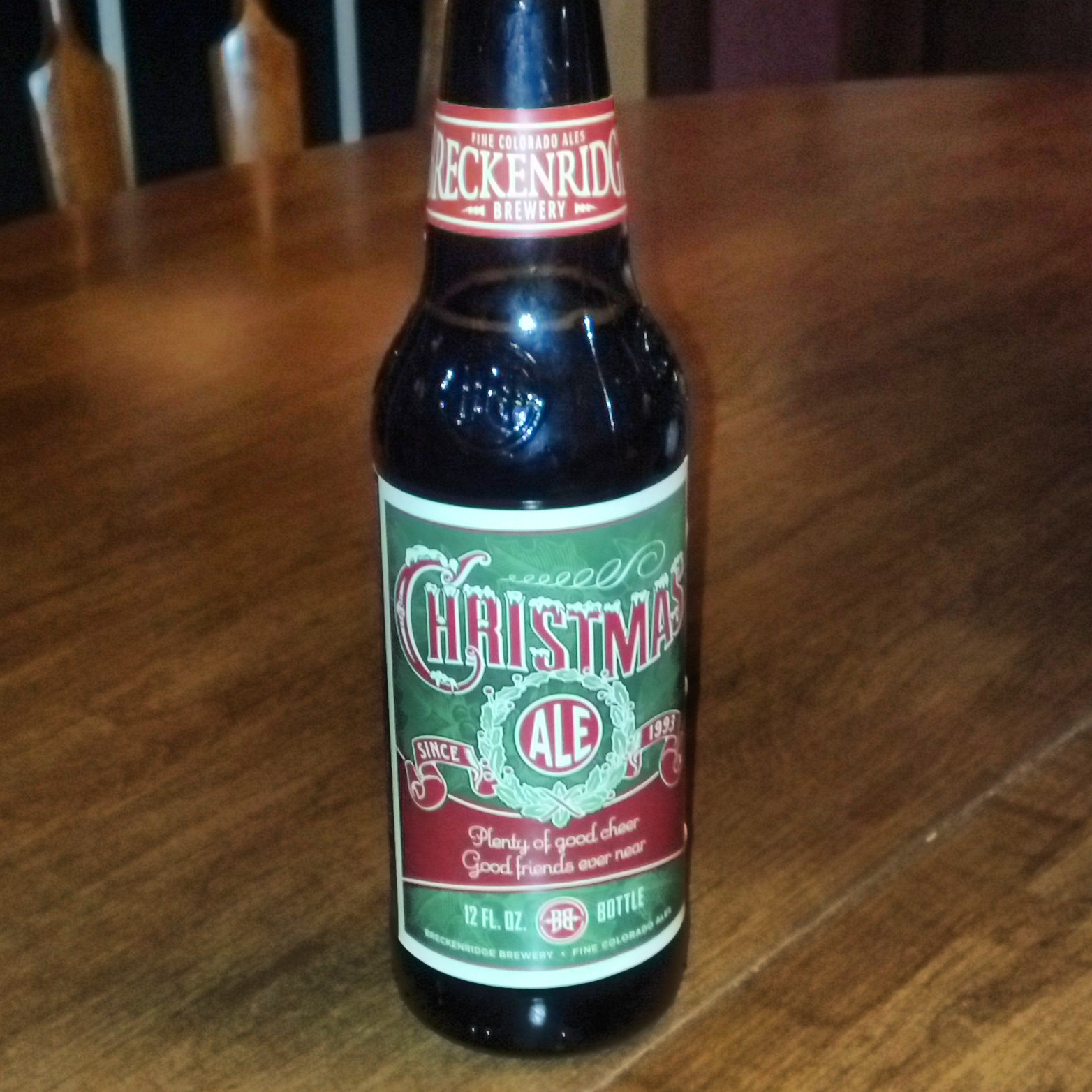 Breckenridge Brewery – Christmas Ale – Breckenridge brews some seriously good beers. This beer is no exception. It didn’t have the usual nutmeg or cinnamon in it which was a nice change of pace. They went for caramel and chocolate in their beverage so it made it more like a porter than any Christmas beer I have tasted. The hops are pretty much absent with a 22 IBU but the alcohol isn’t at 7.4%. That will give you some Christmas cheer. Since this company emanates from the fine city of Breckenridge, CO and gets the whole way here to Columbus, I’m going to guess you might be able to find some in your area. Probably in the clearance aisle now that we’re almost a full two months removed from Christmas.

Great Divide Brewing Co. – Hibernation Ale – This one wraps up my Christmas beer selection, which has been quite extensive. I’m more than ready to leave nutmeg and cinnamon for the next ten months. Interesting enough though, this beer didn’t have either of those ingredients. Which might have been one of the reasons I didn’t like this very much. It’s an English style old ale which doesn’t taste all that good to my palate despite having plenty of malt in it. It clocks in at a nice 8.7% ABV so it does have it virtues but I wouldn’t recommend this one come late 2014. If you want to try it though, they distribute here. 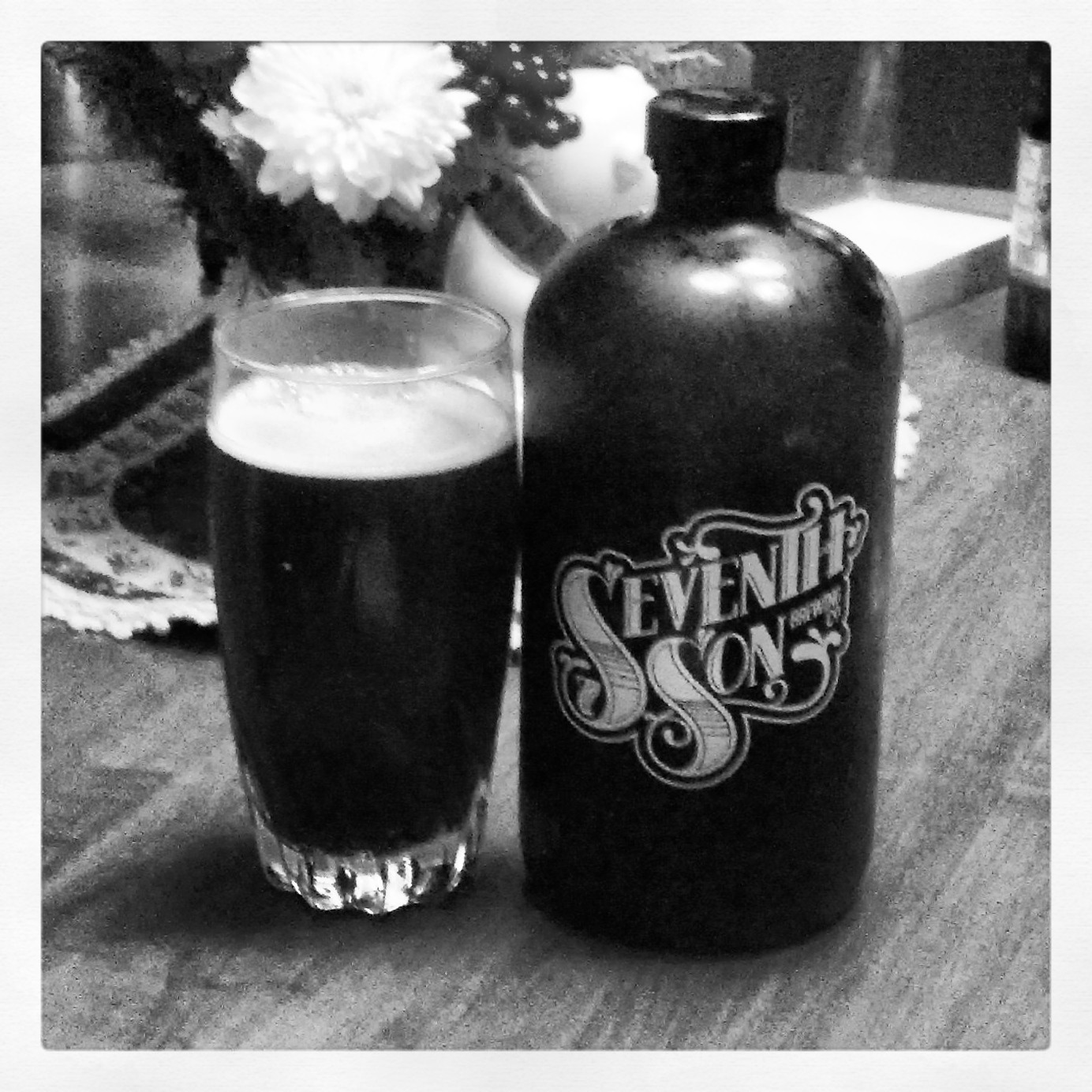 Seventh Son Brewing Co. – Seventh Son – I had no idea what an American Strong Ale was until having this beverage. It is a beer that uses a lot of the grapefruit and stone fruit hops meets a meets the malty goodness of an Amber Ale. They blend seven types of hops during the dry hopping process to make sure the name fits. The earlier hops cut through the dry hopped part perfectly with their fruitiness. The malt still comes through even with plenty of hops in this beverage. To continue the Seventh Son theme, the ABV comes in at 7.7%. Unfortunately for some, it’s only available here in Columbus. When you come to visit, we’ll definitely grab several pints at their brew pub. It doesn’t hurt that they almost always have a food truck there and most of them make tasty food. The picture also reminded me that I love their half growlers. I’m starting to see them at all of the local brewers now but they were the first spot I saw them at. 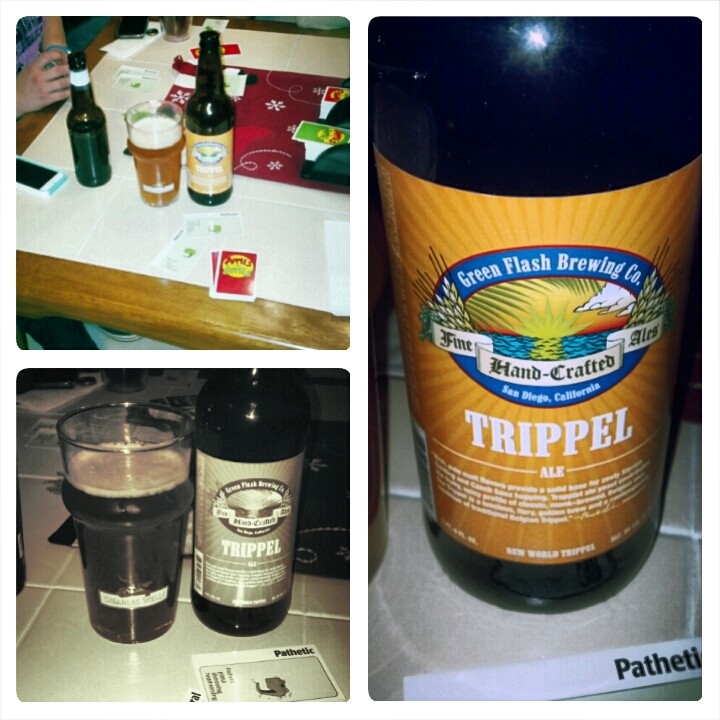 Green Flash Brewery – Trippel – This beverage was the first new beer of 2014. Time to start a new picture folder and a new count down for the end of the year on my computer. It’s always good to take monks old recipes and updating them. Belgian yeast has been a noticeable taste that keeps popping up in my beers and when the formula comes from monks, it’ll definitely be there. Green Flash pops in pale malt and a pair of hops flavors to come up with this bad boy. The hops aren’t overwhelming or even that noticeable since Trippel only comes in at 24 IBUs. I talked about a Double White last week. This one is triple brewed so guess where the ABV is at? 9.7% is what this beer delivers. It was a perfect beer on New Year’s Eve since I was hosting the party and I bought this beverage in 22 ounce form. This company is out of San Diego, CA so if I can find it you should be able to also. I recommend this one if you like the Belgian style beers. It’s right up your palate’s alley.

Another fun part of Seventh Son Brewing is that they have teamed with other small brewers to produce some unique joint beers. I recently got a mini-growler of Seven Fists of Deth which is a collaboration Revolution Brewing out of Chicago. It’s a double IPA which I will be reviewing in November at this rate. They are also doing a collaboration with Rockmill Brewery out of Lancaster, Ohio. Here’s a little video they put together during the brewing process of Urban Cowboy Stout they are collaborating on. Have a good weekend and enjoy a #SippyTimeBeer! – Kevin