The Staff of Stunt Granny enlightens you with their beer picks. From Raiders of the Lost Ark. 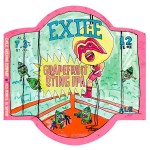 Reasons I liked it: I’m as much of an IPA fan as any hipster, and (haters gonna hate) my current favorite beer is Stiegl’s grapefruit radler. This beer is an awesome combination of the two. Not super hoppy as the grapefruit offsets it, but not as soda-y as Stiegl. If there were a such thing as a session grapefruit IPA, this would be it. And – AAANNNDDD – the label is a depiction of an Ultimate Warrior-like wrestler repelling from the roof to the wrestling ring to smash a hapless opponent. All of my worlds are colliding. 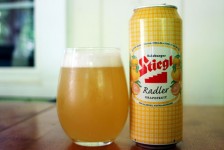 Reasons I liked it: Found it in Nashville, which is warmer/hotter for more of the year than my hometown of Des Moines, Iowa, so a refreshing radler hits the spot, like, eight months out of the year. The low ABV saves me money on Uber rides home. The soda infusion takes me back to my alcoholic childhood. And it’s German, which somehow gives a grapefruit soda beer more validity in my mind. 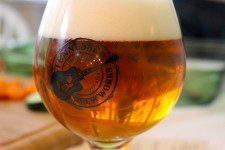 Location: Nashville, TN
Style: Belgian white ale
ABV: 5.2%
Reasons I liked it: When it comes to ales, I’m a sucker for a variation on the theme, and in particular, I love a white ale. So to find one at a brewery in Nashville was a revelation. It’s only a little bit bitter (14.5 IBU), it’s only a little toxic, and it goes great with any food. And trust me, I ate any food while I was in Nashville. I gained 15 pounds in 15 months thanks to hot chicken and a Southern Wit with almost every meal. 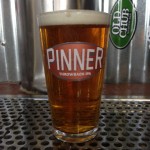 Brewery/Beer: Oskar Blues – Pinner
Location: Longmont, CO
Style: IPA
ABV: 4.9%
Reasons I liked it: Stumbled upon this at a hot chicken restaurant in Nashville, and the artwork on the can drew me in. As one of the growing audience segment of IPA snobs, I was glad to find one that wasn’t too bitter (35 IBU) and that didn’t knock me on my ass after two of them. Oskar Blues is probably the only good thing to ever come out of Longmont, CO, besides the traffic leaving town. Little did I know that all of their beers are named after some marijuana reference. I’m so out of touch. Just pass me another Pinner. 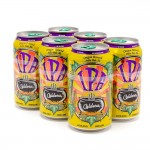 Location: Ashland, OR
Style: IPA
ABV: 6.1%
Reasons I liked it: Found it browsing the drink menu at a Cajun restaurant, and since we were eating with a family named “Castera” who loves beer, I thought it would be high-LAR-ious to order a “Caldera” IPA. The first can went down like a water slide. After the second can, good night, lights out, Carly, drive me home. I wish there were a such thing as a 6.1% session beer, because I could pound these forever. To sound like a total beer snob, this has a lot of volume in the mouth, the right amount of carbonation for me, and enough flavors to keep someone interested for 24 ounces-plus. 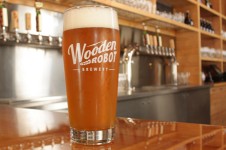 Wooden Robot opened in 2015 with a cool name and a good selection of brews. I tried Overacheiver at Red Clay Ciderworks as it was one of their guest breweries on tap. Overacheiver has a good color and a nice body. Even though it is a pale ale it does have a bit of a bite but not comparable to an IPA. This is my new go to beer when out and about in Charlotte. 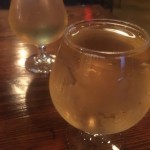 Yeah this isn’t a beer, so what. It is damn good. This is from another new “brewery” in Charlotte. They introduced this late in November and it will knock you on your ass if you aren’t careful. It has a good smokey feel and flavor at the end. Before that though it pours a bit sweet. 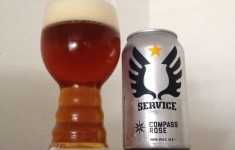 I tried this during my time in Savannah this year. It was actually the first beer I had and it didn’t disappoint.  Yes it has the typical IPA bite but it was pretty smooth. It had a good orange color but the color didn’t matter much as it drank very easy. 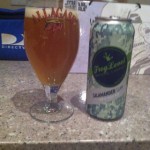 While this isn’t their Catcher in the Rye I raved about last year but this is Frog Level’s most distributed brew around and it is damn tasty. Yeah it is another IPA but who cares. Good is good. This small brewery is steadily putting out top notch beers here in North Carolina and this is definitely one worth checking out. 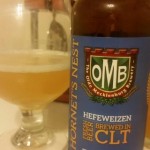 This was originally created for the return of Charlotte Hornets nickname. It has a good body on it and more importantly it tastes great. It has a nice hazy body that helps give this a bit of sweet to go along with the rather bold flavor on the back end.

As a note, I’m saving my Columbus picks for another column. Hopefully that column writes itself. 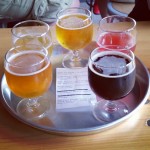 Gingawheat is the 2nd beer on the left

I almost feel like I’m cheating with this choice. My friend Linda was kind enough to mention it last year. When I decided to have my bachelor party 2.0 in Pittsburgh, this brewery was a must stop and try. It did not disappoint, at all. The beer is light and crisp. It’s gingery but not over the top with just a touch of lemon and honey. This beer isn’t on tap right now, so wait until the summer when it’s perfect to drink. 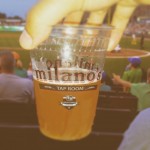 This fine beverage was first consumed during a Dayton Dragons game. It was my first experience with the Dayton craft beer scene and it made quite the impression. I think cream ales may be my style of the year as far as trying and this one was…drum roll please…the cream of the crop. I know, that line is hilarious. It does have that nice Belgian yeast funk which goes well with the style. It has just enough hops to peak it’s head into the equation but it’s not overwhelming. Much like the Gingawheat above, there isn’t a better warm weather beer to quench your thirst. 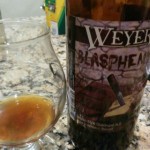 This beer is a seasonal one and only comes out around May. If you get it, keep in mind that you’ll be completely tanked after you’re done drinking it. I didn’t like the barrel aging for a quite a while, but I think brewer’s are starting to find a groove (or my palate may be finding a groove) for these flavors. You definitely have to match up the style of beer with the style of alcohol correctly. Just tossing it in a cask with no regard is a lose-lose situation. The bourbon barrel give this quad a fantastic extra kick though. There’s so much flavor in quads to start that it would be hard to break through with a less flavored alcohol. Even though the hops is relatively high for a quad, they don’t really have a staring role. As with any seasonal beer, if you want to try it, nab it quickly before it leaves the shelves! 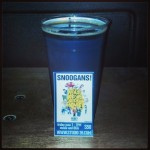 I reviewed this beer two years ago. At the time I was consuming this beer, I thought for sure this one was a new flavor because I didn’t remember the extra descriptors, Vanilla Espresso Imperial. After taking a peak at their site, this is the only beer they produce under that name. Having a few years off in between tastings made it better. Or as is likely, my palate has been slightly altered by trying numerous beers so I can taste the nuance more than I did then. They have a nice balance of vanilla, espresso and the motor oil that becomes any imperial porter or stout. 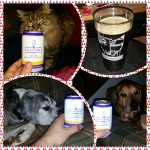 I had this beer when the Lady & I went to “The Land” for our mini-honey moon. I almost missed out on trying this beer because I had drank a lot of different beers prior to it in the three days that we were in Cleveland. I had hit Brew Kettle, Nano Brew, Great Lakes and tried several other beers at lunch or dinner. I didn’t want to go but decided to before our last dinner. I am sure glad I did. It has cherry, plum and a nice blend of spices. The Belgian yeast isn’t as prevalent as it normally is because of the darkness. That doesn’t hold this beer back at all though. I raved about it so much, my neighbors searched high and low for it the next time they went to Cleveland and grabbed a six pack for themselves and me. Thanks Fred!

(Some of the pictures are from my own collection. Most pictures saved from untappd.com. The ones that weren’t were saved from other wordpress sites about beer which will never notice their pictures.)