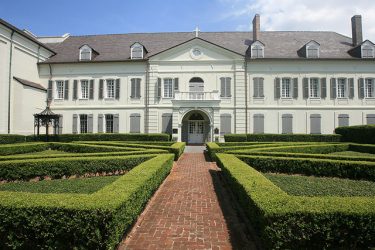 The WWE starts us off a moment of silence for Orlando. New Day is the real opening act though. Big E & Xavier Woods get to make fun of Kofi Kingston wearing Steph Curry’s new shoe. I can’t blame them for busting on them. They’re just not flashy. Enzo Amore & Big Cass interrupt them before they can really rock. Enzo doesn’t do much talking. Cass gets to make fun of the shoes too. Francesca evidently was on Bourbon Street with Enzo last night. Woods takes offense. The Vaudevillains give us a break from what was some fun goofiness. Simon Gotch pulls out troglodytes. Aiden English gets to sing. I hope that part of the act doesn’t last long. Karl Anderson & Luke Gallows come out and kill play time. Gallows gets to insult the Saints. We get a four man match after the break. The segment went under 15 minutes!

Woods is the odd man out. I can’t believe Paul London & Brian Kendrick hold any distinction in the WWE. They’re not hated enough to have their record wiped out quickly though. Raise your hand if you thought Enzo would take a beating? If Big Cass would get a hot tag? I have my hand raised. I am a bit surprised it happened before the commercial break. Big E ends up catching his own beating after it. Kingston gets the hot tag against Anderson.Kofi misses Trouble in Paradise but connects with the lever kick. The tag team match spot where everyone gets in a big spot. The Magic Killer by Gallows & Anderson for the win.

Darren Young is still trying to be great again. Why is this segment the only thing I remember from Smackdown?

Stephanie McMahon is fake calling someone when Shane McMahon comes in. They argue over who gets Raw and Smackdown. Corporate Kane makes a reappearance. He has a resume and a reference from The Undertaker. Kane makes a bunch of fire jokes.

Zack Ryder is happy that Sheamus got dropped. Sheamus is not so amused. He’ll be the one laughing after their match tonight. Ryder tricks Sheamus by saying “Hey Apollo.”

I now know why I was skipping the Shining Star promos.

Titus O’Neil comes out for his match when Rusev attacks from behind. They needed some hype behind this match. I’m a bit surprised though that Rusev is dismantling him. Doesn’t that usually indicate a title change on Sunday? The referees have to pry Rusev off of the Accolade twice. I will admit, it’s a good way to build up a short running feud no matter the outcome on Sunday.

The WWE has really been playing up The Shield reunion. I like it. A lot. Dean Ambrose comes out for the Ambrose Asylum. Ambrose says that Money In The Bank He invites “The Scum of the Earth” Seth Rollins out first. Roman Reigns hits the ring second. Ambrose asks Rollins about his knee so they can plug the Network. Ambrose then chums it up with Reigns. Rollins finally says that they did have some good times. The crowd reaction is fascinating. Reigns is getting the most boos. Rollins really delivering the goods about how he’s going to take back the title on his own. Reigns said that he threw away their friendship for something that was lfeeting because he really won’t have help at MITB. Ambrose finally pipes up about cashing in that night. Rollins attacks Ambrose who crashes into Reigns. Superman Punch to Rollins. Ambrose gives Reigns Dirty Deeds to stand tall. Fun segment.

Stephanie McMahon runs into Dean Ambrose back stage. She gives him a match against Chris Jericho later tonight. Ambrose wonders if the hate in her blood is transmittable. Steph says that hate is good when you channel it.

Paige is taking on Charlotte with Dana Brooke at ring side. Becky Lynch & Natalya are on the head sets. They end up being Charlotte’s undoing. She got tossed outside and stared at them. Brooke then tossed her back in the ring. Paige connected with a side kick. Ram-Paige as a follow up for the win.

Sami Zayn comes in to Cesaro‘s interview. He was just there to give his side of the story. Cesaro is mad at him for always being the innocent guy. Cesaro says he’s been there four years and Zayn only four months. Zayn needs to earn his keep with the best and he should start tonight.

Charlotte yells at Dana Brooke. She tells Brooke that there is no room for failure when you’re on top. Charlotte’s speech made sense. Been a good logic so far tonight.

Hands up if anyone thought Zack Ryder had a chance against Sheamus? I thought so, which is why I’m not going to write up much for this match. It is an improvement for Ryder to be on TV regularly, even if it’s as a jobber. Brogue Kick for the win. Apollo Crews makes the save when Sheamus attacks Ryder. This match also needed a kick in the pants much like Rusev vs O’Neil. This feud has had more TV time though.

Shane McMahon is talking to Kane again. Kevin Owens interrupts and rats on Alberto Del Rio for being late. Del Rio claims that Owens called TSA ahead of time to delay him. They yell at each other in Spanish & French. Kane makes a match with Del Rio & Owens against the Lucha Dragons. If the Dragons win, they replace Del Rio & Owens at MITB.

Sami Zayn hits the ring first. Cesaro is second out. We get a break when Cesaro uppercuts Zayn to the outside. Good choice. Cesaro stomps on Zayn but only gets a two count. Zayn connects with a Michinoku Driver for his own two count. Poor Jack Swagger is being held up as an “anything can happen” champion. Ouch. Cesaro drop kicks Zayn on the top rope. He follows up with his Superplex. Zayn counters a few times. His biggest is a sunset flip into a power bomb like move for the victory.

Michael Cole is officiating the contract signing with John Cena and AJ Styles. They’re trying to play up that this match was a fantasy match up. Look, I liked Styles but I wasn’t dreaming of this match.  I’m still 100% of the opinion that he developed once he got to New Japan which has helped a lot in the WWE. Cena tells Cole to get out of the ring because things could get “gamey.” Styles is still going with the “He can’t wrestle” logic. Cena has two different contracts for Styles, one with the Club and one without. Styles says that this situation says Cena doesn’t think that Styles can win one on one. Styles says he’d be in Cena’s spot if the WWE hadn’t kept him out. Cena is mad that he’s heard that from every other indy wrestler. Styles defiantly signs the singles contract. He tells Cena he’s going to put him in his place at MITB.

Kevin Owens & Alberto Del Rio are taking on the Lucha Dragons. Owens & Del Rio bicker at the beginning to give the Dragons early momentum. They keep it through the break. Kalisto connects with a Salida Del Sol but Del Rio rolls out of the ring. Owens throws him back into the ring to beat the count. Owens then saves him from a pin fall. Owens drags him over to their corner for a tag. Owens goes on a hot streak. Sin Cara gets a near fall after Owens collides with Del Rio on the apron. Owens follows it up with a Pop Up Power Bomb for the win.

Kevin Owens gets to be on the head set for the main event of Jericho vs Ambrose. Alberto Del Rio gets to be the guest time keeper. Cesaro is the guest ring announcer.

Stephanie & Shane break the bad news to Kane. I would imagine we’re now in for a parade of possible candidates doing goofy skits.

All of the combustible elements are at ring side. The match goes outside early. Dean Ambrose rips the head set off of Owens. Chris Jericho takes over with an attack from behind. When Ambrose gets tossed outside, the other four have a show down to the break. Jericho gets Ambrose into the Walls of Jericho. Ambrose reaches the ropes for a break. Ambrose connects with the top rope elbow take down for a two count. Jericho goes for Dirty Deeds but Ambrose fights out. Ambrose goes for the Walls but Jericho twists out. Ambrose counters into Dirty Deeds for the win. Kevin Owens starts the post match melee. Alberto Del Rio, Sami Zayn and Cesaro join in the fun. Jericho takes down the Briefcase to end the spot. Show of hands who think he’s winning? I thought so. – Kevin