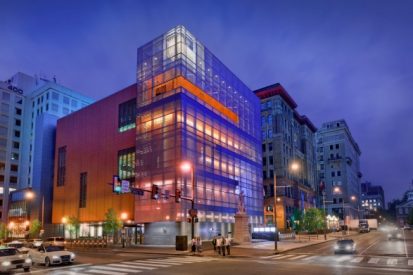 Stephanie McMahon introduces Asuka. She doesn’t make her decide who she’s going to take on because Alexa Bliss may not have the Raw Championship for long since she’s going to be in an Elimination Chamber match. The “Sasha Banks habitual spot light stealer” stuff from Corey Graves gets a laugh out of me every time.

Braun Strowman starts moving furniture before his Last Man Standing match against Kane. Strowman continues his streak of awesomeness by overturning the entire announce platform onto Kane for the win. That is the easiest he’s had to work for one of those spectacles, but it was still cool. It should be noted that Strowman is now in the Elimination Chamber. After Braun Strowman’s talks with Graves & Kurt Angle, you can sell me that the WWE is going to go with Strowman vs Brock Lesnar at Wrestlemania.

Elias serenades us about his woes. Matt Hardy is his opponent to qualify for the Elimination Chamber. It is distracting for them to be building an announce table during a match. The most significant things in the match – Every announcer still selling Hardy’s “primal” fighting style now. A distraction by Bray Wyatt allows Elias to take advantage. Drift Away for his spot in the Chamber. Wyatt comes on screen and laughs at Hardy.

The Miz wants respect damn it. He comes out with Bo Dallas & Curtis Axel. Roman Reigns is getting his rematch. Reigns ends up chasing the Miztourage from ring side with a chair. The ref talks him out of using the chair on Miz. Reigns got caught rolling in and out of the ring, Miz started to work him over. Reigns had a small hope spot but Miz took back over. The Miz locked in a Figure 4. Reigns really had to fight to reverse the move. The Miz goes for the turnbuckle again. The ref catches him. Reigns tries to punish him. Thumb to the eyes followed by a Skull Crushing Finale only gets Miz a two. Superman Punch out of nowhere gets a two count. The Miztourage comes back down. Dallas grabs Reigns by the hair. Reigns drags him into the ring. Axel gets Superman Punched. Dallas gets Speared. The Miz rolls up Reigns and grabs the tights for the win.

The Revival is taking on Heath Slater & Rhyno. Dash Wilder & Scott Dawson work over Slater’s left arm. Shatter Machine on Rhyno for the win. The most surprising thing about the Revival is that they aren’t being buried for their injuries. They keep getting mic time after their matches to build their characters. It’s slow but it can work.

Finn Balor is mad at John Cena because he cost him the Royal Rumble. He’s going to step over Cena for his Championship opportunity.

Sasha Banks is ready to take on Asuka. I do like that she’s being more bitchy these days. She wasn’t meant to be cheered. Asuka is in control early. She sounds menacing when she trash talks in Japanese. I think it conveys her emotions well. Banks gets things moving by catching a kick followed by double knees. She works over Asuka’s shoulders/upper back. Banks clamps on the Bank Statement. Back slide by Asuka. Back into a Bank Statement. Asuka kicks Banks on a Suicide Dive. Did Banks catch the ropes to sell the move? Asuka with a variety of attacks. Missile Drop Kick only gets Asuka a two count. Asuka applies an Arm Bar. Sasah rolls her up. Asuka misses a hip attack and spills outside. Double knees from the apron to the floor. Back Stabber into a Bank Statement. Banks pushes off the ropes to keep Asuka away from the ropes. It leaves Asuka an opening. She reverses into the Asuka Lock for the eventual tap out win.

John Cena is good at promos even if they’re the selfie variety.

Sheamus & Cesaro are taking on Titus O’Neil & Apollo Crews with Dana Brooke. Jonathan Coachman says he’s part of Titus Worldwide. Shemaus is having flash backs to his short time in the Rumble. O’Neil really creates his own problem by backing Sheamus into his own corner. Titus takes a sustained beating. He fights back with power from the outside. a clothes line downs Sheamus. Crews & Cesaro get in. I’m flabbergasted by Crews athleticism. How is he not over more? Cesaro tosses Crews into a ring post. Super White Noise for the win. What a fun, hard hitting match.

Finn Balor with Luke Gallows & Karl Anderson is set to take on John Cena in the main event. Balor works over Cena early. Cena even takes a powder. Cena uses his power finally to gain control. Cena tosses him hard into a pair of corners. Balor starts to stick and move. Cena counters with flying shoulders. No one home for the Five Knuckle Shuffle. They trade blows. Five Knuckle without a Shuffle. Overhead Kick by Balor for two. Clothes line by Cena downs Balor but he can’t take advantage. AA but Balor kicks out. Even the announcers are noting Cena talking to the crowd so it’s a story they’re going with. Balor comes up dry on coup De Grace. Cena applies the STF. Balor gets a break. 2nd Rope AA for the win. Weird that he played to the crowd that much even more now that he won. Still a solid chance no one who is in the Chamber will have the Championship so it may not matter who won this match per se. – Kevin DiFrango