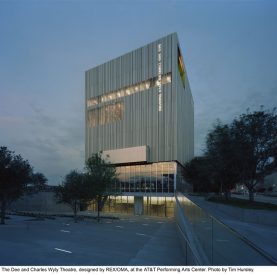 The WWE starts us off with Roman Reigns. He’s happy to still be Universal Champion but things didn’t go to plan for him. He calls out Brock Lesnar. Braun Strowman answers the call though. Braun wants to take out Brock then he’s gunning for Reigns. Constable Corbin throws a wet blanket on the confrontation. He does however tell us that the three of them will have a triple threat match in Saudi Arabia. Strowman says that the decision sucks. He gets ready to walk out when Paul Heyman hits the stage. He brings out the dented gate. He claims that Lesnar conquered Hell In A Cell. Heyman gives us a lesson in Brock-o-nomics. When he has the Universal Title, he’s worth more money everywhere. Strowman ends up going after him. Corbin is taking on Reigns because he’s banged up. They’re going full Cena on Reigns. Wins under the most adverse conditions.

Dean Ambrose is taking on Drew McIntyre in the opening match. Weirdly, Renee Young is still being made to pretend like she’s not married to Ambrose. This match is a fun slugfest as expected. The Glasgow Kiss Headbutt doesn’t do much as McIntyre can’t capitalize. McIntyre finally tosses Ambrose after a show of core strength. Ambrose locks in a Clover Leaf. McIntyre gets to the ropes to break the hold. Suicide Dive by Ambrose. McIntyre takes his time recovering on the outside. Ambrose gets impatient and jumps off the ring post. He comes up empty. Ambrose makes it back into the ring but a Claymore Kick gets the win. Fun match to start the show. Those types of finishes should happen more often when someone struggles to get back into the ring.

Dolph Ziggler congratulates McIntyre back stage. Corbin comes in and says the Shield is dropping like flies. He talks Ziggler into challenging Seth Rollins for the Intercontinental Title tonight. I got the feeling 2 titles aren’t changing hnads like Corbin thinks they will.

There’s a weird backstage skit with Ronda Rousey being congratulated by the Bellas and Natalya. She asks about open challenges which makes it pretty obvious that one of those three will challenge.

Bobby Roode & Chad Gable have an inset promo. They’re just happy to get time on Raw. I don’t blame them. He’s taking on Viktor of The Ascension. Connor causes a distraction so that Viktor can work over Gable. Viktor is too slow and Gable locks in an arm bar in the ropes. It creates an opening. Gable shows off why he shouldn’t need Roode to succeed in the WWE. Rolling German Suplex for the Gable win. Roode & Gable celebrate. Connor comes in and tosses them into each other and leaves.

Seth Rollins is coming into the arena. He’s appraised of the situation by someone I will need to look up. Rollins looks annoyed then gets serious. He needs to remind Corbin that it’s Monday Night Rollins.

Undertaker says that HHH’s soul is broken which is why he lies. This match is going to be like the first one, HHH is going to be six feet under. Taker knows that Shawn Michaels is going to be in HHH’s corner, so Kane is going to take some time off of civic duty to take a big pay day. Maybe he hasn’t taken office yet.

Bayley is taking on Dana Brooke. She is unaffiliated with Titus Worldwide. Sasha Banks is in Bayley’s corner though. Renee Young arguing that Brooke was being held back by TWW. Running Knee by Bayley. Bayley to Belly for the win.

Drake Maverick shows that he has control over AoP by not allowing them to kill a back stage employee. Fair enough. Akam & Rezar are ready to take out some local talent again. Super Collider in short order.

Dolph Ziggler isn’t sure about the match. Baron Corbin gives him another pep talk. Seth Rollins comes in to make sure the match is on. It still is and it’s up next. Both of them act injured even early in the match. Ziggler incites Rollins into a comeback. A Blockbuster leads to selling to both of them. Ziggler locks in a Sleeper. Rollins shakes off a Zig Zag with the help of the ropes. Rip Cord Knee by Rollins. He gets in the Superplex but can’t get the Falcon Arrow. Ziggler counters and uses the tights. As he punds the mat, Rollins recovers to give Ziggler a Stomp for the win.

Roman Reigns isn’t the underdog just because he fought last night because Corbin is a chump.

Ronda Rousey wants to be the best champion ever and rattles off a bunch of fan favorites so that they cheer even more. Goshen? I mean, I’ve heard it before but that’s not used too frequently. Natalya answers the challenge only to be drug out by the Riott Squad. Ruby Riott says that they don’t dislike her, but they don’t like her either. She ends up taking the challenge. Rousey pops Riott on the apron. Sarah Logan attacks. Liv Morgan joins in. Rousey fights them off for a moment. The Bellas join the fray to even the odds.

Elias gets his moment. Everyone is jealous of Elias because WWE stands for “Walk With Elias.” He always gets the boos with the city insults. It’s a brilliant thing he’s got going on. Lio Rush comes out. Of course, we need a child joke. We get a few of them actually. Rush seems to be attached to Bobby Lashley moving forward though. Good for him and them if they get more TV time. Rush makes it official on the head set during the match. Lashley goes for a double axe handle when Elias catches him with a high knee. Kevin Owens comes out and attacks Rush who evades Owens. Lashley uses him as a human projectile. They stand tall in the ring after the match. They’re like Team Little Big except without the sexual tension.

I like the continued Alexa Bliss and her Goddess Stable. Everyone seems to be stabling up in the ladies division. Makes sense until Survivor Series. Mickie James & Alicia Fox are set to take on Ember Moon & Nia Jax. The heels force Ember Moon into the ring. Young says what I’m thinking, Moon isn’t really a better option. Her suicide dive is on point. Fox pushes Moon off the ropes to gain control. Jax finally gets the hot tag. Fox goes for a sunset flip. Bad plan. James stops a pin. Moon gets to give her the Eclipse. Samoan Drop by Jax for the win.

Baron Corbin needs to be called by his full title by the referee. Roman Reigns comes second. Reigns rams himself into the post. Corbin works over the shoulder that met said post. Reigns finally makes his come back. Reigns gives Corbin a Samoan Drop for two. Reigns sets up for the Superman Punch. Corbin rolls out of the ring so he eats it on the outside. Reigns rolls him back inside. Corbin rolls back out. He ends up tossing a chair in Reigns face for the DQ. Naturally, he restarts the match as No DQ. Corbin tries to use a chair but takes another Superman Punch. Reigns grabs the chair. Braun Strowman’s music hits. Corbin attacks from behind. Strowman attacks Reigns. Strowman runs himself into a post. Corbin attacks again. Dolph Ziggler & Drew McIntyre arrive. Dean Ambrose & Seth Rollisn join in the fray. Corbin tries to take advantage of the chaos. Reigns Spears him for the win instead. – Kevin DiFrango