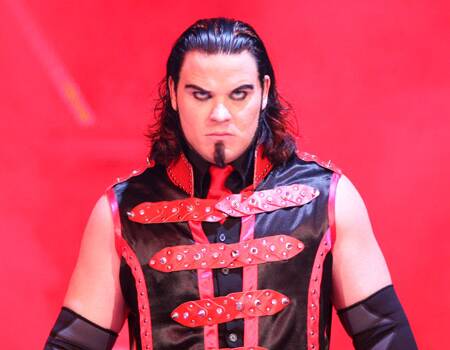 Apparently WWE has released Kevin Thorn but hasn’t told anyone else yet but Kevin Thorn. James Caldwell, over at PWTorch.com (Our old stomping grounds), Apparently Kevin posted on his WWEUniverse blog in short order and sentences that he was gone from WWE. After seeing that he posted this private info on their corporate run blog WWE yanked it and he was gone from WWE.com and all related WWE places and sites This is no Matt Hardy style situation but it is indicative of the poor judgment that Kevin has shown in his career. I call him Kevin because I choose to know so little about him.

Anyway, this is the same guy that wrestled in a baseball hat and pissed Jim Cornette off to no end. He was also the guy that played the short-lived but much hyped Mordecai that was supposed to feud with the Undertaker but instead, lost to Rey Mysterio right out of the gate. No matter what he did he never got off on the right foot with WWE.

He was also lucky enough to attach himself to Shelly Martinez’s awesome tits with their vampire gimmick. If you think about it that entire gimmick was based off of her chest and what a great gimmick I was indeed. Unfortunately he never got out of the shadows of those precious, precious mams and he faded back to Deep South or Florida Championship wrestling for more seasoning until he secretively got releases. We can all expect a Facebook or MySpace blog in the near future detailing just what happened but without Shelly’s gams attached no one will be paying attention, probably. -Jeremy