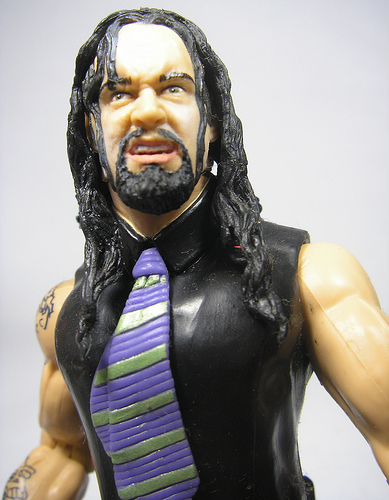 By god we did it. Kevin and Jeremy bring you the final installment of their WrestleMania 25 audio previews. We saved what we think will be the best for last. Yes, Shawn Michaels and The Undertaker, while they may not be the main event, have had the best build up of all of the matches. The guys talk about what happens when two absolute pros and veteran wrestlers get up for the spotlight and bust ass to make everything work correctly. They also talk about the streak and if they honestly think if the Undertaker will ever lose at WrestleMania. So please join them for the final installment and enjoy.

The Undertaker vs Shawn Michaels

6 Responses to “WrestleMania Preview #9- Shawn Michaels vs. The Undertaker (Now with Audio Attatched)”