You are here: Home › WWE News › John Cena is an Idiot. 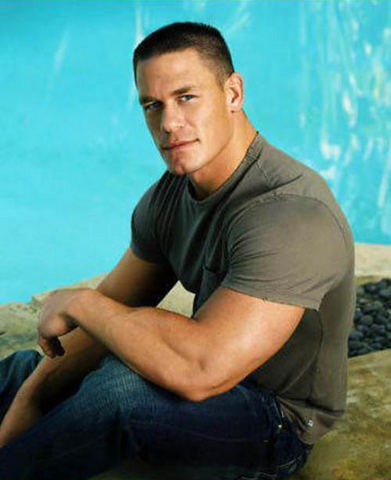 Yeah so over at Prowrestling.net, Jason Powell has a recap of John Cena on Bubba The Love Sponge’s show on Sirius/XM radio. In it John Cena spills the bean of his own stupidity by announcing he is going to marry his high school sweetheart. Again, for the sake of full disclosure, I am not a John Cena fan. I hate his cartoonish facial expressions and his soft offense. I see why the kids hate em but now I can totally see why adult males will hate his guts.

Here we have a guy who can get so much ass on the road it is ridiculous. He is going to squander all of this to marry the chick he was banging in high school? Are you fucking kidding? Sure the idea of marrying this chick sounds like a good idea but it;’s total horseshit. Marriage is a busted idea and totally useless. Don’t waste your life by shackling down with this one chick who will inevitably leave you and take so much of your money even mid-line hookers are going to be expensive.

God damnit Cena, be a man and just keep banging the same chick when you are home and be happy with the easily attainable; probably high quality road ass, without totally screwing up your life. -Jeremy

18 Responses to “John Cena is an Idiot.”