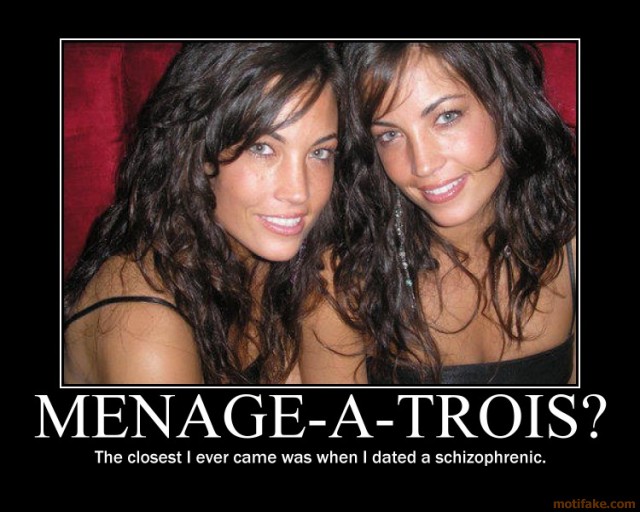 How did I not use a picture like this before when Sex Appeal was on PWO TV?

Joe Dombrowski and Aaron Maguire ran down the card for the night. We star off with the Sons of Michigan, N8 Mattson & Benjamin Boone, against Sex Appeal, Nicki Valentino & Bobby Shields, against Aeroform, Louis Linden & Flip Kendrick. Kendrick started against Valentino, who did a head stand. Kendrick did some dance moves after avoiding an attack. The Homeless Handicapped Connection, Gregory Iron & Hobo Joe, came to ring side to watch the action. Linden and Shields tagged in for their teams.  Nice drop kick by Shields. Double drop kick by Aeroform on Shields. Boone tags in while Aeroform are attacking Valentino. He double clothes lines them. Mattson comes in to work on Kendrick. Shields tagged himself in when Boone wasn’t working. Mattson tagged himself in. Kendrick took all of the beating. Linden got the hot tag  and took out all four of his competitors. Boone stopped the offense. Mattson & Boone double teamed him. Boone choke slammed Linden for the victory.

Analysis: I’d have to think that takes Aeroform out of the title picture. The match was pretty well wrestled but seemed like it could have gone longer with three teams involved. They showed the Homeless Handicapped Connection after the win so the story line with the Sons and Fruith is likely to stay until Wrestlelution. Score: +1.

“The Megastar” Marion Fontaine, still in his bed room, who asks Joe Dombrowski for his apology. He tells Justin LaBar he hasn’t done anything in this business. Fontaine could start a blog and do more than LaBar has in his whole three years. Fontaine said he has lived and breathed wrestling since he was a child. Fontaine said he wants to be face to face with LaBar one more time. He told him to bring the internet fans or show balls and come by himself.

Analysis: The promo was direct and vicious. He questioned his manhood and made fun of LaBar’s short stint in wrestling. Hiding at home when making these threats only makes them more frustrating to fans. Score: +1.

Krimson talked about taking out Raven, Matthew Justice and Corey Winters. He doesn’t think Jason Bane has what it takes to take him out. Analysis: I would have saved Raven for last and made more of a point of Bane not taking him out of PWO despite battling him last year at Wrestlelution. The promo was fine but could have been better with that point. Score: 0.

Shiima Xion came out to take on Jason Gory with Krimson at ring side. Dombrowski said that these two had been tag partners in other wrestling organizations. Xion took control early including a spring-board arm drag.  Gory missed a splash in the corner. Xion got distracted going to the top rope. Gory took over. Gory did the Miz clothesline in the corner but only got two from it. Xion cross bodied Gory. Xion got choked multiple ways. Gory got hung up on the top rope. Xion went for a monkey flip but tossed Gory straight up and mule kicked him in the face from his back. Xion went to the top rope when Krimson grabbed his leg. Xion kicked him off but Gory came to the top. He was thrown off but Gory got in a Code Breaker when Xion came off the top rope. Gory went for Trepidation but Michael Facade distracted him. Xion gave Gory a small package for the victory. Facade and Xion argued in the ring. They hyped next week’s 20 man WrestleRama Rumble. PWO is going with Royal Rumble rules so it should take up much of next week’s show if not all of it. The winner gets to take on N8 Mattson for the WrestleRama trophy.

Analysis: Good match. I’m not sure why the referee allowed Krimson to blatantly grab Xion without making it a DQ. Well executed and good finish. Dombrowski made note of how many people are after the TV Title. The outcome of the match was a good way to keep the log jam around. Score: +1.

Brian Bender and Brian Castle greet us. Bender said they needed to talk but Castle was enamored with the camera. Castle said he didn’t harm anyone because they were friends. Bender said it was fine but it was business in the ring. Bender told him that he needs to focus to become the ruthless beast Bender knows he can be. Analysis: Castle almost reminds me of a Bugs Bunny character. It’s funny on a cartoon to me but I’d say unrealistic in wrestling. Bender is trying to teach him the right way so I’d like to see his character with some forward progress. Granted, they’re doing the same basic thing with Ben Fruith right now except Castle has the size to back up becoming better. Score: 0.

Dombrowski said that they’ll talk to Johnny Gargano about his assault a couple of months ago. Bobby Beverly came out to defend his TV Title against Matthew Justice. Dombrowski noted all of Justice’s recent losses. Justice wore a belt of bullets to the ring. (It looked really, um, gay. They were small and slender. Go with the sash of larger bullets to go manly.) They exchanged arm drags, head locks and head scissors. A running single leg high knee by Justice took Beverly out to the floor for a breather. Justice clothes lined Beverly. Justice blocked a thrust kick so Beverly drop kicked a knee then planted another in his face. Beverly kicked Justice while he was on his knees (a la Daniel Bryan). Fisherman’s suplex by Beverly only got a two count. A pair of back elbows, one off the top rope, turned things round for Justice. A stall suplex by Justice looked good. Justice gave Beverly a high boot. Sex Appeal came out and distracted Justice. Beverly rolled up Justice and grabbed the tights for the victory. Sex Appeal beat down Justice. they went for the Menage a Trois (triple thrust kick) but the Homeless Handicapped Connection made the save. They went to commercial break.

Analysis: Good match with a convoluted ending so that they could carry this match on as a six man tag, I’m assuming. I believe this is Justice’s last appearance in PWO so I would have preferred a clean pin for Beverly especially after Dombrowski noted his recent losses at the beginning of the match. Score: +1.

Jason Bane said that N8 Mattson gave him a run for his money last week so he wanted to give him some credit. Bane said just because he has the PWO Title, doesn’t mean he doesn’t want more accolades. Bane said he’s coming for Mattson’s WrestleRama trophy next week. Analysis: Lots of short and to the point promos in this episode. Weird placement since the six man match started after it. Score: +1.

Hobo Joe started against Bobby Shields. A trio of clothes lines set up a Pit Stop in the corner. Iron tagged in. Iron went for a spring-board but Valentino lowered the ropes. Shields stomped away on Iron. Sex Appeal tagged in and out to beat down Iron. They kept baiting Justice & Joe into the ring and used the time to triple team Iron. A double clothesline allowed Iron to give Justice the hot tag. Justice cleaned house. Joe, Iron & Justice triple punched Sex Appeal in a corner. They tossed Sex Appeal  together and gave them three roll ups. All kicked out at two. Justice jack hammered Shields for the victory.

Analysis: Nice way to send Justice out with a win. Another good match that let the new comers take the bulk of the work. Good idea since the other two weren’t fresh. Score: +1.

Final Score: 8/10. Final Analysis: The big name matches for Wrestlelution are taking form – Jason Bane vs. Krimson for the PWO Title, Marion Fontaine & friends against You Know Who & friends  and Johnny Gargano against some mystery opponent – are set for Wrestlelution. It’s not until August 7th which means they’ve got a possibility of running ten shows until then. The only program I haven’t reviewed now is from May 29th which I’m including in the tally. I can’t imagine too many story lines will come out of that episode since the 20 Man WrestleRama Rumble will air. If you account for the fact that at least one preview show will air, we’re down to eight shows. Just like the WWE & TNA, the undercard is unsettled going into the stretch run for “Pay Per View” hype (It will be on iPPV) as noted in the TV Title log jam and the mystery surrounding the PWO Tag Team Titles, which would appear to revolve around the Homeless Handicapped Connection and Ben Fruith against the Sons of Michigan. It will be interesting to see how it shapes up over the coming shows.