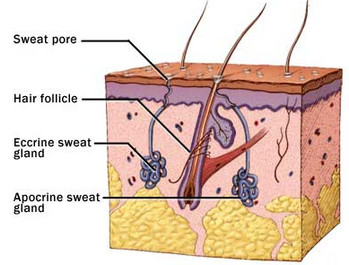 Who got made fun of for their body odor?

Joe Dombrowski & Aaron Maguire introduce the show. Jason Bane vs Krimson is the main event in a No DQ contest. Jimmy Jacobs will be in action against Gregory Iron. Johnny Gargano will respond to Jacobs later. Jacobs is introduced first. Iron sneak attacks Jacobs to jump start the match. Iron clotheslines him twice. He back elbows Jacobs. Iron with a head scissors take over. He clotheslined Jacobs in the corner and brings him out with a bulldog. Jacobs turns it around with a jaw jacker. Iron low bridges Jacobs. Iron gets caught going for a suicide dive. Jacobs dropped a leg drop on Iron who was hanging on the apron. Jacobs tossed him into the guard rail. Jacobs set up Iron in a chair. Jacobs went into the ring and hit him with a 180 plancha. (Yes, he hit him with his back. It looked pretty awkward.) Jacobs tossed Iron back into the ring. Jacobs double stomped him from the mat then used the ropes to drop an elbow. Iron kicked out at two. Jacobs slammed and rubbed Iron’s face into the mat. Jacobs head butted him. (That doesn’t seem like the right arsenal for a small guy.) Jacobs dropkicked Iron who was seated in a corner. He only got a two count. Iron caught Jacobs charging in. A back elbow and clothes line mounted a comeback for Iron. Jacobs kicked out after a spring board elbow. Iron gave Jacobs a neck breaker. Jacobs slammed down Iron as he came charging into the corner. Jaw breaker to the knee by Iron. Jacobs speared Iron. Jacobs DDTed him for the victory.

Analysis: The crowd seems unsure of Jacobs. It’s the same one that basically shit on his reveal. It was a good match. Jacobs does a lot of nice little things right trying to rile up the crowd. These guys are about the same size so the match up is a credible and re-visitable one. Score: +1.

Jason Gorey told Michael Facade to stop chasing the TV Title. He said that Facade should channel his anger to accomplish more. Gorey said that the title is meaningless. They only need one more. Analysis: They were trying to give him a different vibe than Krimson by doing horizontal bars that were stretching the picture like an old 80’s TV. I wasn’t a big fan. I like the effort though. Gorey’s content needed something else. Maybe more of a reason to keep the belt away from Facade. More anger because Facade is being such a persistent do gooder. Score: 0.

Michael “The Bomber” Facade gave a shot out to the injured Flip Kendrick. Facade said that something always snatches victory from his grasp. He said that every loss makes him want it more. Facade said that he will not give up. He says Gorey forgot what that title stands for, respect, heart, honor and passion. Facade said that Gorey may be twisted, but he’s still the one creeping while he’s sleeping. Facade smiled and put up his bandit mask. Analysis: Solid promo. He had more reasons to go against Gorey and why he wanted to win. Score: +1.

Mr. RBI Isiah Bonds is taking on Daniel Arkham for their third match. RBI missed a charge. Arkham jumped on him with punches and a clothesline. He tried to slam RBI but he reversed it.RBI kicked Arkham in the back. RBI with a back suplex. He only got a two count. Arkham went for a sunset flip, but couldn’t get RBI over. RBI sat down but missed. Arkham drop kicked him while he was seated. Arkham got caught going for a cross body. RBI turned it into a swinging side slam. Arkham reversed the cover but only got two. RBI missed a splash. Maguire would not stop talking about how bad Arkham smelled. He even got Dombrowski to snicker at one point. Arkham got tossed into a corner then caught RBI charging in. Arkham skinned the cat to get up to the top rope. RBI crotched him. RBI was trying to javelin Arkham but got pushed into the corner. Arkham rolled him up and got the three count.

Analysis: Can RBI only take bumps in the corner? The match was better than their other ones so I’ll be generous. Score: 0.

Krimson came to ringside when they went to commercial. Jason Bane came out with Krimson standing in the ring with a chair. (I was never sure why the first guy out, especially a heel, rarely holds a weapon to start the match. At least keep on handy so when the baby face comes in the ring, you can whack him.) Jason Bane grabbed a chair of his own and slid into the ring. Bane tossed down his chair. He caught Krimson when he swung it then nailed him in the back.Krimson ducked a chair shot in the corner. Krimson tried to toss Bane into a corner but he reverse it. Bane knocked him down with a shoulder tackle. Bane slammed him then dropped an elbow. Krimson fired back with clubbing blows. Bane returned fire. Bane belly to belly suplexed Krimson. Bane missed a clothes line. Krimson took both of them over the top rope with one. Krimson whacked Bane. He used the chair on Bane’s neck. Krimson set Bane in a chair then back elbowed him. Krimson hit Bane in the back with a chair. They countered each other’s suplex attempts. Bane power slammed Krimson on the floor. Bane rolled Krimson back into the ring. Bane nailed Krimson on the back with a chair. Bane put Krimson in a chair. Bane missed a boot. Krimson drop toe holded Bane into the back of the seat. Krimson used the chair again. Krimson DDTed Bane into the chair. Bane was slumped on the bottom turn buckle. Krimson put a chair on his face and drop kicked it. Bane kicked out at two. Krimson wedged a chair into a corner. Bane tossed Krimson into the chair. Bane went for the F5 but Krimson slipped out. Krimson chop blocked Bane. Krimson clothes lined him in the back of the head. Bane grabbed the rope to get out of the pin. Krimson put the chair in a seated position again. Krimson pulled out a ladder. Krimson slammed Bane’s head into the chair seat. Krimson set up the five foot ladder (Couldn’t they at least get an eight footer? Holy Moses that looks small especially with two big guys in the ring.) Bane hit Krimson in the back with the chair as he ascended the ladder. Bane set the ladder against the ring post. He tried to toss Krimson into it face first but he reversed. Bane stop short. Krimson went for a roll up and Bane’s back of his head hit the middle turn buckle. Krimson broke the ladder on Bane. Krimson tried to Irish Whip Bane who turned it around. Krimson was thrown into the ladder. Bane missed a big boot snagging himself on what’s left of the ladder. Bane power slammed Krimson into the ladder. They both stayed down. Bane punched away and spine bustered Krimson. Bane connected with the Bane Line. Krimson kicked out. The announcers noted how rare that was to do. Bane was going to power bomb Krimson who tried to punch out of it but got dropped anyway. (I think the power bomb was supposed to be slipped out of.) Krimson low blowed Bane. Krimson clothes lined Bane into a chair. Bane kicked out. Krimson hit him on the back with a chair. Krimson grabbed a purple bag. Krimson knocked out the ref. Krimson pulled out the thumb tacks. Bane blocked a suplex. Bane punched out of it. They traded punches. Krimson came off the middle rope and Bane turned it into a spine buster into the tacks. Bane Bane Lined Krimson into the tacks but the ref was still knocked out. Jason Gorey chop blocked Bane and started punching away at him. Matthew Justice came out for the save. He tried to hit Gorey with the chair but missed and nailed Bane. Gorey pulled Krimson onto Bane and revived the ref. Justice didn’t help Bane or the Dead Wrestling Society. Krimson got the three count when the ref got back into the ring. The assault on Bane continued until a save by Matt Mason.

Analysis: The decision of Matthew Justice took priority in the end. I hope they turn him heel. I’m fine and enjoy the middle ground for now. Well wrestled brawl. The power bomb gaffe was corrected quickly with the low blow. The chair remained as the only other bad thing in the match. Another baby face versus baby face title match doesn’t sound appetizing to me so I’m glad of the outcome. Score: +1.

Final Score: 5/7. Final Analysis: They keep on rolling out good episodes. Gregory Iron doesn’t get hurt much losing to Jacobs. He was also involved in a good match. Gorey was trying something to be different so I’ll give him the A for effort but the execution was poor. Facade delivered and that wasn’t something I was expecting. Even if the match between Mr. RBI & Dan Arkham didn’t do much for me, Aaron Maguire kept it interesting. Cross & Gargano kept their story lines going. The main event was a nice pairing of angles. I’m glad that Mason got physically involved because it does expose even more the multitude of baby faces. Aaron Draven is still floating out there on the same rung. A fantastic reason to turn Matthew Justice heel. -Kevin