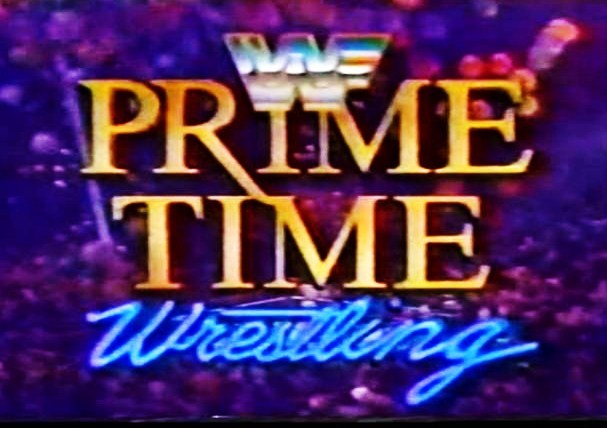 Aaron Maguire is with Justin LaBar and Vic Travgliante. Maguire said that a letter to LaBar said that he screwed “The Megastar” Marion Fontaine out of two PWO Championship matches. LaBar being put on probation. Maguire is now LaBar’s boss. LaBar made it clear that they both answer to the board. Maguire said Labar is not in charge of marketing or the corporate side. The wrestlers are running rampant. Maguire told LaBar to remake the company around Marion Fontaine. Maguire said it is now called Prime Wrestling. LaBar told Fontaine is not going to be the center piece of the show.

Analysis: It was a little too meandering for me. Just in case you haven’t read the site before, or a single review of mine, let me just say that I’m not a fan of the heel in charge tactic that is employed far too often in wrestling these days. I like Maguire so I hope he makes it work. Score: 0.

Joe Dombrowski & Aaron Maguire introduce the show. Gregory Iron will be taking on Marion Fontaine in the main event. They open with a championship match with Krimson being the challenger. (I’m going to puke during this program. They’ve used prime to describe everything.) Matt Cross is the PWO Belt. (I’m not sure if it’s Prime Wrestling Organization or not. They haven’t used the O yet.) Krimson used power early. Cross turned it around with his speed. An enziguri got a two count. Cross slammed Krimson’s head into a turn buckle then kicked him to the floor. Cross hit a suicide dive. Cross used some forearms and knees. Krimson tossed Cross into the guard rail. Cross tossed Krimson into a post. Cross dropped a flag pole elbow. Cross tossed Krimson back into the ring. Maguire & Dombrowski explain that Matthew Justice hasn’t been seen since he helped Krimson beat Jason Bane. Krimso pounded away on Cross in a corner. Krimson nailed a neck breaker. Cross leg swept Krimson on an Irish Whip reversal. (Slick.) Cross dropped an elbow but only got a two count. Krimson DDTed Cross and got two. Krimson put Cross in a neck vice. Jaw jacker by Cross. Lawn blower by Cross bought him time. Cross strung together a clothes line, back elbow and another leg sweep and a standing moonsault. Krimson accidentally clothes lined the ref in the corner. Cross bicycle kicked Krimson. We get a visual pin. Kirst came to the ring and speared Cross. Gregory Iron makes the save and chases off Kirst. The referee is still down. Jason Gorey showed up. Michael Facade chased him off. Cross connected with another bicycle kick. Cross hit the Shooting Star Press for the win.

Analysis: The lighting looks as good as I’ve seen it. No problems with the audio. There was one big problem though, the crowd was quite small. Like they forgot to advertise small. The crowd that was there was vocal. They did a good job of show casing multiple feud and trying to catch us up on as much information as possible because all story lines from Pro Wrestling Ohio seem like they are being continued. The match itself was pretty good. Not the best I’ve seen from these two but you shouldn’t want to give away all of their tricks. It could be a full fledged feud. Score: +1.

Vic Travagliante was joined by Daniel Arkham. Vic asked him about how he joined. Arkham met Matt Justice at a job and started training as a wrestler at 39. Vic asked what it was like to wrestle in front of friends and family. Arkham was pumped. Arkham spouts off a bunch of Batman facts. Analysis: He could use some more pep in his promos. Score: 0.

Nicki Valentino came out to wrestle Corey Winters. (I just vomited with another dose of prime. Worse than the WWE’s pushing of Twitter.) They exchanged arm holds. A drop toe hold and a pair of hip tosses got control for Winters. Corey nailed a pair of atomic drops. Valentino ran around the ring then low blowed Winters with the ropes coming back into the ring. Valentino floated over after a suplex for a two count. Winters gave Valentino an enziguri. Clothes line, back elbow and neck breaker by Winters. Valentino with a drop toe hold into the turn buckles. A German suplex got two for Valentino. Winters with a cutter for two. Valentino locked in the cross chicken wing for the win.

Analysis: Good job of praising Sex Appeal and Jimmy Jacobs’s work with them. The execution of the match was lacking. Not enough turn on hip tosses and more so they couldn’t float into the next move. I’m not sure if these guys had as much time off as the show but they looked rusty. Score: -1.

Daniel Arkham came to the ring with Bryan Castle. His opponent is Ben Fruith. They shook to start. They exchanged arm holds. Arkham drops some knees before going to an arm bar. Fruith fought out with some back with fore arms. Arkham clothes lined Fruith. Arkham got two from a neck breaker. Fruith Roll Up got two. Arkham side slammed (or modified Rock Bottom) for the win. Analysis: Brutal. The arm bars and hammer locks were the majority of the match. I didn’t cut much out of the review. Slow match. Score: -1.

Jimmy Jacobs was with Nicki Valentino and Bobby Beverly. Bobby Shields has been sent on a spiritual journey. Jacobs said that Johnny Gargano has been broken by them and won’t be coming back. Jacobs wants to take the PW Belt (?) and remake it in his image to erase any memory of Gargano. Jacobs was disgusted with Beverly for not beating Matt Cross for the title. Jacobs is going to show him tough love. Beverly has to take on Jason Bane next week. Jacobs told Valentino it was time to do it and they left. Beverly stayed behind. Analysis: Interesting development. I would imagine they are setting up Beverly for a face turn by laying the tracks for a Jacobs take over of Sex Appeal. It was just a start. I like it. Score: +1.

(I’m vomited as) Aaron Maguire introduced “The Megastar” Marion Fontaine (because of Prime references). Pedro De Lucca introduced Gregory Iron. Fontaine celebrates an arm drag. Fontaine slammed Iron and strutted more. Iron gave Fontaine a small package. Iron tried some other pinning moves. A botched roll up got two. Maguire said that “The only people that look up to Greg are midgets.” Fontaine shouldered Iron in the jaw. Fontaine missed a senton then a second one. Fontaine faked a third one then kicked Iron. Fontaine stood on one leg to show off so Iron tripped him and hit a senton. Iron missed a fall thru clothes line. Fontaine back dropped Iron. Russian leg sweep got a two count. Single knee Code Breaker to the jaw of Fontaine. Iron caught a leg lariat by Fontaine. The Megastar gave Iron a spine buster. Fontaine elbowed Iron in the back off the top rope. Iron stomped and punched Iron. Fontaine kneed Iron in the midsection. A spring board back elbow turned things around. Iron caught Fontaine with a boot running into a corner. Iron gave Fontaine a neck breaker. Fontaine super kicked Iron. Fontaine gave him an Death Valley Driver but then yapped to the crowd. Iron gave Fontaine a victory roll for the win. Fontaine attacked Iron with a chair. Fontaine knocked out LaBar with the chair after LaBar grabbed his shoulder. Maguire tried to defend the angle. Dombrowski pointed out how asinine the defense was.

Analysis: They did a good job of setting that up by having Fontaine primp during the whole match. They both wrestled a good match aside from the botch noted. Good set up for the after math of the match too. I like Maguire’s defense of indefensible actions because he sort of just talks gibberish. And the baby face color commentator is there to mock him. Score: +1.

Final Score: 1/7. Final Analysis: I liked that they concentrated on the big feuds more after quite a break. If my last report is done the week of the last show, it would have aired 18 March. So the break was probably two months. The only down side to the concentrate on the big feuds? You have to drop some short segments in there especially with the opening segment cutting out a regular promo spot or maybe some extra ring time, not that I would have wanted that for Fruith vs Arkham. So the infill segments between the big moments dragged the show down. Having to refresh everyone’s memory cut into regular time too. And they did it without using video package multiple times! So yeah, not a great show but I think the ship will be righted quickly. -Kevin