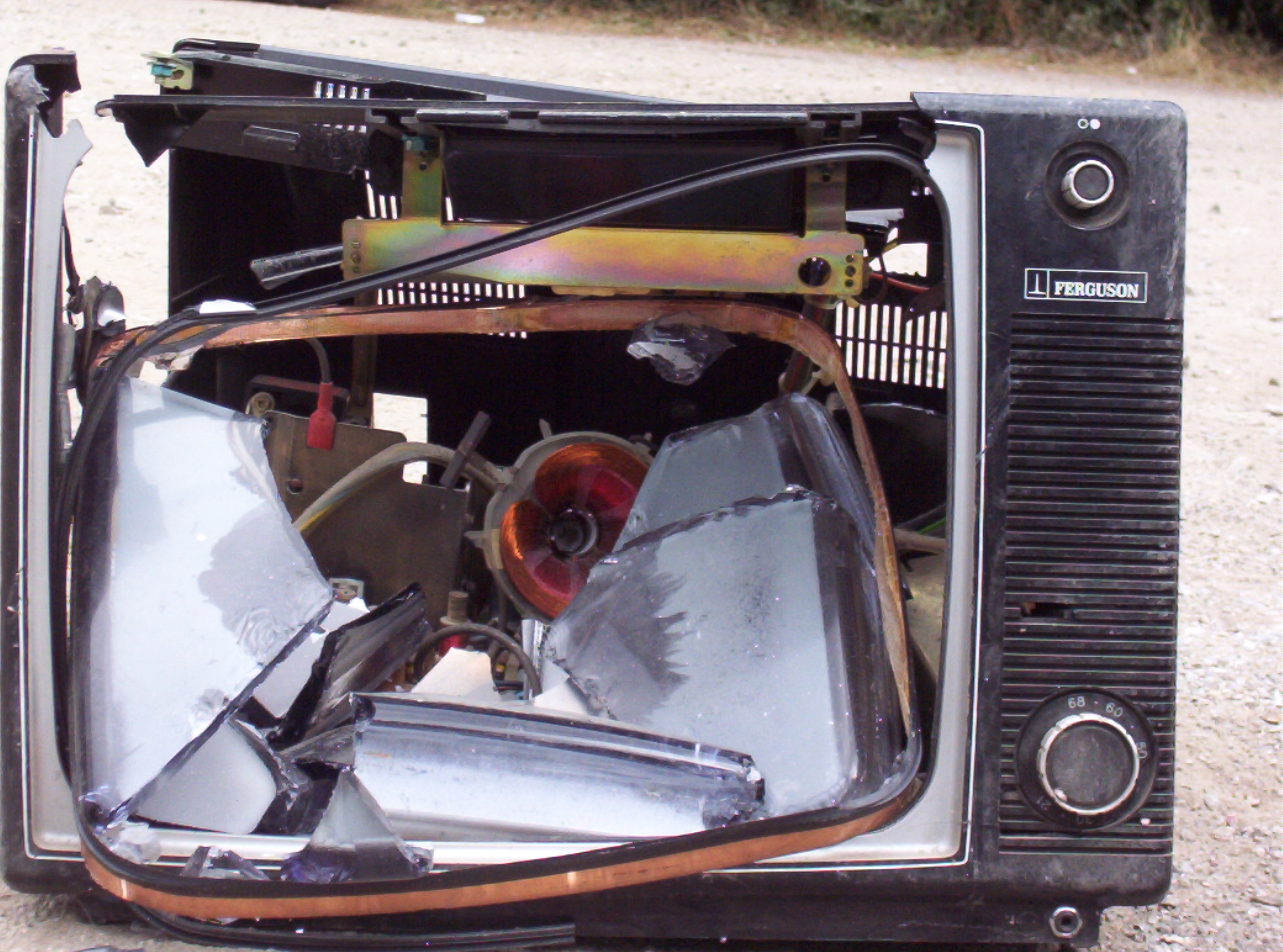 Joe Dombrowski & Aaron Maguire introduce the show. Gory takes on Michael “The Bomber” Facade for TV Title. Gory forfeits the title if he’s disqualified and Facade isn’t allowed to go after the title any more if he loses. Aaron Draven will take on Nicki Valentino. They kick off the show with Brian Bender taking on Matt Mason. They exchange arm locks. (Really slow start.) Bender takes over with kicks, punches and chops. Mason returns fire. Bender gets knocked down and takes a break. Mason’s arm gets snapped over the top when he tried to grab Bender on the outside. Bender worked on the arm. Bender got two after an arm bar drop. Bender charged in and caught an elbow & boot. Bender tossed Mason arm first into the corner. Bender got pushed off a top rope cutter. Mason finished him with a Swanton Bomb.

Analysis: That was weird. Bender is usually a good wrestler. Mason seemed like he was smooth but the match somehow didn’t work for me. Mason’s offense came after an exceptionally slow start and the offense that led to it was a little weak for a finish. The right person went over. Mason was announced as being from Columbus so of course he had scarlet & grey trunks with a block O on his butt. Why did they change their name to PRIME Wrestling again? Score: 0.

They showed entirely too much review of Matt Cross vs Jimmy Jacobs. You only have an hour a week. It was six minutes long. Wow. Cut that puppy down to two. Let the previous match build a little more smoothly. Matt Cross keeps taking one step forward, two steps back. He goes thru companies that he worked for that went under. He said he’s legally bound not to say stuff about Tough Enough. Cross said everyone knows he didn’t get a fair shot. Cross said he came back home and had his title taken again. The belt means more to him than to Jacobs. Analysis: He didn’t quite get me to buy in. It’s good stuff but there’s another notch. Score: 0.

Jimmy Jacobs was with Bobby Shields & Nicki Valentino. Jacobs said he can;t be called a liar since he’s already the PRIME Wrestling champion. He took over Johnny Gargano’s yard. Jacobs takes exception that Gargano thinks he’s great. Jacobs said he’ll be all up in Johnny if he comes back. Bobby Shields came back from a spiritual journey. Jacobs wants him to find that monster inside instead of the beauty. Jacobs tells Valentino he’s doing OK too. Jacobs tells him to keep Beverly because he keeps screwing up. Analysis: I expect more out of Jacobs. He feels like he’s going thru the motions. Not cool. It’s an easy story to sell, the actions have done a good job. The voice is faulty. Score: 0.

They showed a commercial for Wrestlelution 5. Yippee! I’m so going to Melt Bar & Grilled again.

Vic Travagliante asked Justin LaBar how he was doing after the chair shot that he took. LaBar said that it’s been a rough couple of weeks. He said has been cleared to do his regular work for the company and his other duties. Marion Fontaine has been put on the same probation that LaBar was put on. They need to end the issue between himself and Fontaine. Analysis: I completely agree. I can only hope they’re serious and that they’re not going to extend this feud to Wrestlelution. Score: +1.

Bobby Beverly came to the ring with Nicki Valentino. He is fighting Aaron Draven. Dead air after Maguire says Draven hasn’t been injured all year. (He either shouldn’t have said that or Dombrowski had a brain fart.) They exchanged some basic moves until Draven hit a running back elbow. Valentino clubbed him down with a double axe handle. Draven reversed out of an arm bar with kip ups and flips. Valentino worked Draven over in the corner. Beverly kept passing up cheap shots when Valentino distracted the ref. Draven kicked him then missed a top rope moonsault. Beverly refused a third cheap shot when Valentino gave him a verbal lashing. Draven caught him with a pair of clothes lines and a back drop.  Draven sentoned into Valentino who was hung up on the middle rope. Draven gave him an enziguri. Valentino rocked the top ropes to crotch Draven. Valentino & Beverly fought over a fanny pack. Draven rolled up Valentino for the win.

Analysis: The match could have been better but it illustrated the changing parts in Sex Appeal. Score: +1.

Matt Mason said that he cares about his family more than wrestling so he had some business to take care of. Mason said that Krimson has been talking a lot. Mason contemplated helping Krimson’s offer of joining him but came to realize that he’s evil. Mason said they should go their separate ways for now but if they meet up again, he’ll fight. Analysis: Um, OK. I don’t quite get it. Baby faces don’t turn away from a challenge like that. Are they really killing this feud or will Krimson attack him to drag him into the feud? Stay tuned. Score: +1.

Jason Bane said the roster has been quiet when he issued his challenge so he’s issuing an open challenge to anyone outside of the promotion. He said he’s going to step over everyone to get back to his PRIME Wrestling title. Analysis: If nothing will stop him from getting his title back, why fight someone from outside of the promotion? That makes no sense. It won’t help you get back to the championship. Fight the TV Champ. I liked his delivery though. Opposite of every other promo on the show. Score: 0.

Gory came to the ring before a commercial break. Michael “The Bomber” Facade came out and painted signs. (Shouldn’t he be more pissed about the title situation?) Gory has no problems slipping outside of the ring and ambushing a celebrating Facade. (I told you, Facade.) They exchanged chops. Facade starts to get the upper hand on the outside. Gory choked Facade. Gory charged in, Facade moved and clubbed him in the back. Facade flipped over Gory and stumbled. Facade rolled him up for two. Spring board thrust kick by Facade got a two count. Facade knocked Gory down with a shoulder block. Gory missed a clothes line with Facade dropping to the mat. Facade kicked Gory in the gut charging in. Facade nailed some fore arms. Facade missed a spring board. Gory drop kicked Facade has he did a spring board moonsault. Gory elbowed Facade. Gory kept on making the ref break illegal holds. Facade caught Gory with a boot. Gory gave Facade a running double axe handle. They exchanged chops. Facade got tossed into a corner. Gory charged and gave him a slide thru clothes line. Gory dropped a spring board elbow. Gory strangled Facade. Gory drove a knee into the gut. Facade kicked Gory in the chest. They clothes lined each other. Facade forearmed Gory. Facade spin kicked him. Facade kicked Gory in the head after some missed moves. Facade gave Gory a spring board bulldog. Facade calls for his finisher. Gory obstructed the ref so that he could low blow Facade. Gory blew his mist in the ref’s eyes. Gory countered Facade’s finisher. Gory went for his own but Facade reversed it. Kirst came to ring side but Louis Lynden chased him off. Facade nailed the Irashikagi Driver but the ref was still out. Facade did a mat based Flux Capacitor for the win. Dombrowski sold the victory.

Analysis: Facade missed some moves during the match. They didn’t seem to keep up the same pace as I’d previously seen. The ending was booked properly though with a ref bump, possible interference and the victory by the baby face. It’ll be interesting to see if they go ahead with a lame duck TV Title fight until Wrestlelution. Score: +1.

Final Score: 4/8. Final Analysis: The show was uneven at best. Story lines moved along but it seems like the extended time off caused a number of problems where a longer story arc would have helped. Nothing was truly terrible, hence four 0s. Hopefully they get all the loose ends tied up or their big show will turn into a disaster in a hurry. -Kevin

One Response to “@PRIMEWrestling – Season 5 – Episode 18”