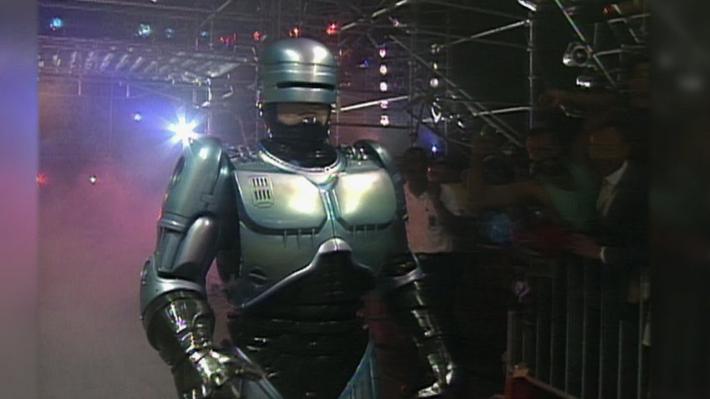 When WWE announced its plans for its own network, I was extremely skeptical.  With the current cable climate, a dedicated paid channel seemed outdated. The idea of watching old Raw and Nitros with bargain basement reality shows and the occasional documentary didn’t strike me as a scintillating product; using dubstep in its promo videos didn’t help either.  So of course Vince McMahon presents a revolutionary product – an internet only streaming service, combining its massive library with new material that may actually be worth a damn, plus every future PPV….for 9.99 a month.

I’ve been a wrestling fan for close to 30 years, and I can honestly say this is the most groundbreaking event in my fandom.  Being able to watch a 1992 WCW PPV in HD on my iPad?  Watching World Class on my big screen TV?  Getting WrestleMania and Summerslam for free? Not only would I save money on my cable bill, I could kiss the days of 12 part YouTube videos with crappy resolution good bye.  I won’t discuss the initial hiccups or improvements which could be made.  Right now, I’ll dive into a few things I’ve experienced so far.

One thing I’ve realized during my initial weeks of watching was the in ring quality of WCW.  Say what you want about their goofy and often idiotic booking – popping in a random PPV will usually be an enjoyable experience.  It’s not hard to see why, considering their talent base during the late 80’s to mid 90s – Sting, Flair, The Steiners, Ricky Steamboat, Rick Rude, Gordy/Williams, Steve Austin, Barry Windham, Pillman, Vader……it’s a murderer’s row of talented in ring workers and/or compelling characters.

What also helped was the excellent announcing of Jim Ross, Tony Schiavone and Jesse Ventura, which gave it a sports feel and made every match seemed relevant.  Plus there is an added bonus of red hot crowds, which makes a huge difference to the enjoyment level – listening to Sting/Koloff vs Anderson/Blanchard would make you think it was WrestleMania. Although I could do without the inane stipulations from Bill Watts – how you can bring in someone like Jushin Liger while outlawing top rope maneuvers is mind boggling.

Even without the context of WCW Saturday Night, Clash of the Champions or other weekly shows, WCW PPV’s tend to hold up very well during that time frame…..at least until Hogan came and brought in the era of the Three Amigos (Hogan, Sting and Savage) running roughshod until the formation of the NWO.  But thats a story for another week.  And by the way, to hell with the Shockmaster, Robocop, Johnny Gunn and Paul Roma, Horseman. -Shahid