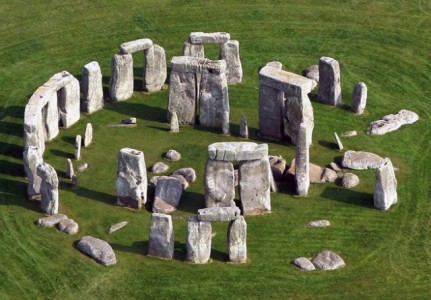 Ken & Kevin recorded a day early during the unfortunate demise of the Pittsburgh Pirates. They mention how OHPA sports teams in general are not doing that well. Who is the best of the lot? Will they make it anywhere in the playoffs? The guys start off by talking about a judge holding Argentina in contempt of court? How is it possible to do so on an entire country? Who do they owe? What leverage does the judge have? Why does he preside over so many cases like this one? The duo moves on to a pair of topics about Stonehenge. The first topic talks about Wally Wallington and his experiments as a retired engineer. Can he move large stones by himself? If so, how far can he move them? What sort of technology is Wally using to do these feats? What do you call people who find it impossible that ancient man couldn’t accomplish moving stones this large? Racist? Ageist? Modernist? Why would aliens have to build these structures? Do Ken & Kevin believe in aliens? Do they think they built the pyramids? Why does Kevin think pyramids are built all over the world? Aside from aliens, of course. They move back to Wally and wonder, can he tilt these stones up right to make a structure like Stonehenge? Ken & Kevin then talk about what has been found underneath Stonehenge? How many civilizations are built on old ruins? How many can your hosts rattle off? Ken & Kevin used to be able to down more beers than they could count but do they drink as much as the top ten percent of drinkers in the United States? How many people don’t drink? Where do your hosts put themselves? As usual, they end by talking about the Sippy Time Beer of the week. What is it? Find out when you click the link below!