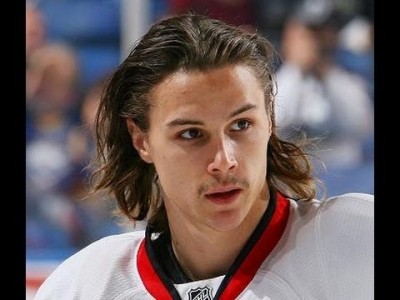 Eric Karlsson has some serious flow, just like your hosts. Saved from Youtube.com

Jeremy is back in the booth and he doesn’t even know it. He babbles with Kevin about beer for the most part to start the show. The guys bring up the alarming loss of even more viewers this week with weaker competition on the tube this week. What can the WWE do to start drawing back in more numbers? Are there any answers on the current roster? Is a make over to a more NXT like format going to do it? Who excites Kevin when they come to the ring? Will any of the people like Dean Ambrose, Kevin Owens or even Finn Balor going to be the person that keeps the eyes glued to the TV? Why was the Wyatt Family destroyed when they still need to keep feuding with Kane & The Undertaker? Does anyone have enough stroke to Vince McMahon that maybe a 70 year old should slow his role considering how many hats he wears in the company? Why wasn’t New Day included in the WWE Title Tournament instead of people like Titus O’Neil and Neville? Why did Tyler Breeze lose his first match since he’s in a feud with Dolph Ziggler? What else do the guys talk about? We’re not entirely sure so click on the link below.