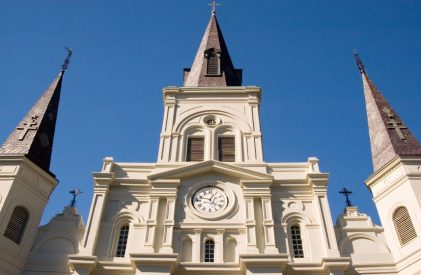 The WWE starts us off Mick Foley improving his hair cut by shaving his head. He is being questioned by Stephanie McMahon. She hopes he delivers on The Undertaker promise. Seth Rollins comes in. Then Braun Strowman who demands a match with Goldberg or Roman Reigns. Rollins punches Strowman to start a brawl. Stephanie tells Foley to address the rumors about Taker (He’s going to be there) and she’ll handle Rollins and Strowman.

Roman Reigns comes out for his match against Chris Jericho & Kevin Owens. Before the match can start, Strowman comes out. Reigns picks a fight with Strowman before he can attack. Owens & Jericho join in the beat down. Rollins takes his sweet time coming out. At least his plan was to use a chair.

Strowman against Rollins starts after a break. Strowman treats Rollins like he’s Sami Zayn‘s size. I’m a bit surprised to see Wikipedia only has Rollins five pounds more than Zayn. Which is also reflected on the WWE’s site. Rollins creates an opening with an enziguri. He follows up with quick strike offense. Strowman catches Rollins going for a Blockbuster. Strowman doesn’t capitalize. Rollins kicks him off the top rope and follows up with a Frog Splash. Strowman rolls to the outside. Rollins misses on a dive from the top of the ring post and crashes into the barricade. The referee calls for a double count out. Strowman is pissed and tosses Rollins back into the ring. Strowman grabs a chair but Rollins cuts him off from getting into the ring with it. Rollins then keeps Strowman at bay with said chair.

Bayley & Sasha Banks have awkward buddy buddy time. Charlotte interrupts to berate both of them. Nia Jax joins the meeting. She kicks out Sasha’s bum leg. Charlotte clocks Bayley who turned to help Banks. Charlotte gets comfy with Jax who then pushes Charlotte up against some back stage equipment boxes and walks off.

Jack Gallagher gets a review of his feud with Ariya Daivari. Everyone at this point realizes that Drew Gulak is the jobber of the Cruiser Weight Division. Gallagher wins with a corner drop kick. He is interviewed after the match. Gallagher offers Daivari a chance to “Parlay” on 205 Live. Naturally he has to describe parlay for everyone. If Daivari doesn’t accept, there will be fisticuffs. Austin Aries has his best line since being on commentary by being unexcited about parlay.

Mick Foley is asking if anyone has seen Taker. He then says to Stephanie that he can’t be produced in person by a tweet or a text. So why were you asking a random person backstage? Stephanie tells him that his job depends on Taker being present at 10 PM. I wonder why? (Hint: That’s sarcasm.)

Shawn Michaels comes out to hype the Royal Rumble since it’s in San Antonio. Then his sure to be terrible movie. Rusev with Jinder Mahal & Lana. Rusev wants Lana to be put in the movie. Rusev continues to cajole Michaels who keeps making little barbs and declining the offer politely. Enzo Amore & Big Cass come out. I have to laugh at the child who is dressed like Enzo but doesn’t know the schtick. Enzo & Cass mock the “heels” with movie titles. Michaels even joins in. Big Cass ends up offering to fight Rusev who then nominates Mahal to have the match. HBK is staying at ring side.

The match starts after a break. Rusev distracts Big Cass by slapping the mat. Mahal attacks from behind. Michaels gives Rusev a super kick which distracts Mahal. Big Cass botches an East River Crossing. Empire Elbow for the win.

Lince Dorado takes the fight to Neville early in the match. Neville turns to his new ground and pound offense. Really shows his diversity. Rings of Saturn for the tap out win. Neville attacks Dorado after the match. Rich Swann comes out to make the save. Swann shows good intensity which he hasn’t needed to do yet.

Karl Anderson is on the head set. Luke Gallows is taking on Sheamus. Cesaro ends up joining the announce booth much to the chagrin of Anderson. Their bickering is more important than the on going match. Anderson gets the “You haven’t won here” treatment, which is deserved. Anderson attacks Cesaro, which distracts Sheamus. Gallows can’t take advantage though. Cesaro recovers to distract Gallows. Brogue Kick for the win.

Roman Reigns is interviewed back stage. He points out that he’s beaten both Owens and Jericho separately so both at the same time won’t be a problem.

Mick Foley has to pretend like he’s summoning The Undertaker. When he doesn’t come out, Stephanie gets to shame him. I’m not quite sure why you use all of these lines just for a fake out. The WWE app alerted me that he would be there! Does Stephanie not have the app? The Undertaker comes out and announces his entrance into the Royal Rumble. Taker reminds us all that no one controls of him. Taker wants back in the main event of Wrestlemania.

Kevin Owens is angry because of everything that has happened to them. Chris Jericho is excited that “We’ll be United States Champion.” Jericho is gunning to be the face of Raw.

Bayley & Sasha Banks team against Charlotte & Nia Jax. Banks gets an early beat down so that Bayley can get a hot tag. Bayley starts selling after a boot to the mouth. After a beat down, Bayley fights back but can’t over come the odds. Jax tagged in unknown to Bayley and Pounced her. Jax follows up with a leg drop for the win.

Noam Dar wants to be slapped by Alicia Fox. She ends up kissing him. Fox comes to the conclusion that he can’t handle a real woman after Dar is speechless after the kiss.

New Day has an offer for Titus O’Neil. Xavier Woods gets to be weirded out first. Kofi Kingston is up to question him. Then shows a clip of him falling during the keg carry in NXT from 2010. Kofi undercovers a keg at ring side. It’s filled with Booty Juice. O’Neil is about to beat the time when he drops the keg before the finish line. Titus vs Kofi to get in New Day. Just what no one asked for. O’Neil tosses Kofi onto Woods & Big E which ends up being his undoing. Kingston with Trouble in Paradise for the win.

Reigns attacks Owens & Jericho as soon as the come out. Reigns tries to lock Jericho in the shark cage but Owens makes the save. They double team him to gain control. They roll Reigns into the ring. The referee lets Reigns recover some. Owens continues the attack as the bell is finally rung. Reigns finally turns things around when he catches Jericho coming off the top rope with a right hand. Owens comes in to slow the momentum but can’t. Owens does clock him soon after. Jericho gives Reigns a Lionsault that gets a two. Owens comes in and super kicks Reigns. Owens goes for a Pop Up Power Bomb. Reigns gets in two Superman Punches instead. Reigns misses a Drive By. Owens super kicks him again. Owens fails on a Power Bomb on the apron attempt. Owens grabs Reigns leg as he rties to get back in the ring. Jericho gives him a Code Breaker. Owens connects on the second Apron Bomb. They get Reigns back in the ring. Jericho gives him another Code Breaker for the win. Chris Jericho is the new US Champion. He has now won all the Titles a man could ever want. – Kevin DiFrango