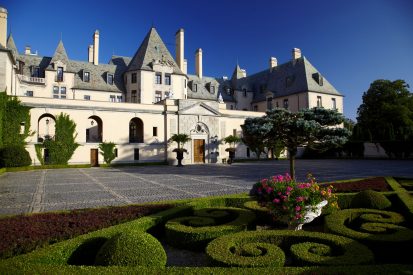 I always go to WWE.com to find out where this week’s Raw is and I had to laugh that they still had no details on what will be entailed in the “Superstar Shake Up.” The Miz & Maryse are the first to grace us with their presence and they’re dressed like John Cena & Nikki Bella. So they’re part of Raw according to the announcers. Dean Ambrose then comes out because he was stuck in Smackdown Hell. He pretends like they are Cena & Nikki. He even gets a pot shot at Cena’s windy promos. Dirty Deeds to Miz after “the reveal.”

Sami Zayn doesn’t want to move to Smackdwon Live. Kurt Angle implies that this Shake Up is a bunch of trades. The Miz & Maryse barge in. Miz & Zayn end up having a match later tonight.

Big E & Xavier Woods come out with a blow up doll of Kofi Kingston. Points to Big E for using “betwixt” in a promo. The Revival are their opponents. Dash Wilder starts off against Woods. Scott Dawson distracts the ref so they can get the upper hand. Big E is still getting the hot tag. Dawson pulls Big E over the top rope. Wilder tries to take advantage but can’t. Woods tags back in so that he can barely connect with a coast to coast elbow. Dash tags in. New Day gets mixed up. Woods jumps off the top rope and eats a Shatter Machine for the win.

Neville is asked about Austin Aries winning last week on 205 Live. TJ Perkins interrupts him. He wants to beat Neville for the Championship. Neville tells him his career is a joke. Neville continues to give him reasons to turn heel. Austin Aries tells Perkins that Neville is lying. Aries tries to talk Perkins off the ledge but it didn’t look successful.

Curt Hawkins is going to be a jobber on Raw now. He requests a welcoming committee and gets Big Show. KO Punch and Show rolls out.

Perkins & Aries have a match while Neville is on the head set. I’m paying more attention to the announcers and the crowd since they’re sitting on their hands. Neville goes down Aries who almost gets counted out. Small Package for the Perkins win. Cole sums up the moment up well by saying it won’t change the match at Payback. Perkins assaults Aries as he jaws at Neville. Perkins gets some boos but they still don’t care much about the cruiser weights.

Seth Rollins comes out. If tables are this lethal, why aren’t more wrestlers selling a bump through them? We’ve seen videos of her working out so she can’t claim she’s some schlub. He’s not leaving Raw without a fight. Kurt Angle answers the call. The “You Suck” chants then cheering is proof that Cena or Reigns aren’t in a bad spot getting waffle responses. Angle wants to keep him on Raw. Samoa Joe attacks. They brawl as Angle tries to separate them. Joe eats a super kick then decides to go to the back.

Kevin Owens is asked about the “Shake Up.” He says the cream always rises to the top. He wants Charlie to ask Chris Jericho the same question but he isn’t here tonight. He’s the face of Raw. Owens will beat the hell out of Dean Ambrose if he gets out of line. It’s the Kevin Owens show but not for long.

Charlotte is taking on Nia Jax. Charlotte looks defeated before the match even starts. Jax screws up a shoulder breaker and drops Charlotte on her head. They are really hamming up Charlotte’s underdog status. Charlotte with a chop block. She follows with Natural Selection but only gets two. Jax runs herself into a post shoulder first. Charlotte moonsaults onto Jax’s head. Charlotte goes for the Figure 8. Jax grabs her by the head and tosses her into the low turn buckle. Samoan Drop for the Jax win.

Finn Balor got a video package then came out next for a match against Jinder Mahal who has denied taking what Joe Rogan calls “Mexican supplements.” Corey Graves even uses some of Mahal’s replies to help explain his physique. Drop kick into the corner. Coup de Grace for the victory. Bray Wyatt is on Raw now and he has been watching Balor. So you have new people to job to?

Apollo Crews, Kalisto and Heath Slater & Rhyno are joining Raw. I mean, why bother with the Slater & Rhyno? The first two can go to 205 Live at least. If nothing else, I wouldn’t mind less moving. We’re already up to five singles wrestlers and a tag team. Do just enough moves to keep things fresh.

The Miz and Sami Zayn have their match. I’m having a hard time getting into the match. Maryse interferes several times. The last time costs the Miz as Zayn rolls him up going for a Skull Crushing Finale.

Roman Reigns has a weird sit down interview with Michael Cole backstage. I guess Charlie has been around for too many brawls? Braun Strowman attacks. He flattens Reigns. Strowman ends by ramming a cart into Reigns. The crowd chants “You deserve it” as Reigns is carted off. First – Stay classy New York. Second – dumb shits, you’re reacting that will only help Reigns. This attack is comically long ending with Strowman tipping over an ambulance with Reigns in it. Impressive feat of strength but I get an odd feeling from the way it was shot that he had some help.

Luke Gallows & Karl Anderson and Primo & Epico are teaming against Cesaro & Sheamus and Matt & Jeff Hardy. For some reason, Graves is trying to use the “Not on the WWE stage” for the Hardyz which is so easily over turned that even Byron Saxton hits it off the tee. Swanton Bomb for the win. No dissension to be seen. What a yawner of a match.

Dana Brooke is reading back stage. Emma gets to point out that they were supposed to come up together. I can never stop staring at those silly half gloves she wears. Brooke admits to being terrible but she’s growing.

Sasha Banks introduces Bayley. Just as Banks get ready to ask for a match, Alexa Bliss comes out. Is the WWE trying to cram the women into as small a time frame as possible? They bring out Mickie James. She tells Bliss that she’s her nightmare. Jax bowls over James then takes out Banks & Bayley. Jax and Bliss have a stare down

Dean Ambrose vs Kevin Owens is the main event. Owens is man handling Ambrose more than I expected. Ambrose finally starts making a come back. A suicide dive really kicks it into high gear. Ambrose goes for the bulldog but gets shoved off. Owens goes for the Cannon Ball but eats a boot. Ambrose crotches Owens on the top rope and clothes lines him off of it. Ambrose elbows Owens on the floor from the top rope. Owens super kicks him coming off the top. Side slam only gets Owens a two count. After some reversals, Dirty Deeds for the win. Wins are a good way to start off but why would Smackdown want Owens now? Chris Jericho shows up and gives Owens a Code Breaker. – Kevin DiFrango