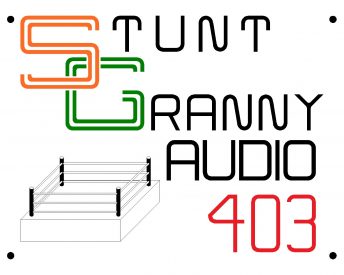 Chris & Kevin are back for their weekly talk about professional wrestling, in the WWE. Specifically about the “Superstar Shake Up” and as usual they start from the Smackdown Live perspective. Did they end up getting the better of the “Shake Up” after everyone thought they got robbed Monday Night during Raw? Why did Kevin Owens have to job when he moved brands since no one could do the same on SDL? Is he their top heel after Bray Wyatt and The Miz were moved to Raw? Is the next heel on SDL Baron Corbin? Is there a chance they turn Randy Orton heel to help shore up that side of the roster since AJ Styles and Shinsuke Nakamura are both faces? Or will the WWE just wait for the return of Rusev to help bolster the heel ranks on SDL? Show of hands for those that would be disappointed with Lana dancing on a chair on a weekly basis? How much was Charlotte helped out moving to SDL? Was the swap with her and Alexa Bliss good for both of them? Was the tease with Tamina a good swerve? Is there a reason Mickie James followed Bliss to Raw? Who else was expecting Sasha Banks to turn on Bayley on this past Raw? How strange is it that the brands shook up the US and Intercontinental Championships and not the holders themselves? Can Dean Ambrose get re-booted on Raw? How deep are both the heels and faces on Raw? Can Ambrose crack the top four unlike Sami Zayn? One last swap was in the announce booth, David Otunga for Byron Saxton. Could this have anything to do with JBL and Mauro Ranallo situation that is still a bit cloudy? Was JBL on his best behavior because of the rumors floating out there? Would it be a surprise that hazing had taken place considering JBL’s past and his friendship with Vince McMahon? Chris & Kevin wrap up by talking about Stunt Granny Brewing’s latest effort so click on the link to drink in the audio goodness!