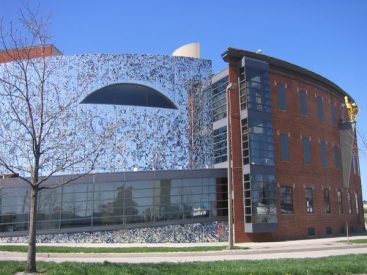 The WWE starts us off a Survivor Series preview. Kurt Angle starts off the show in the ring. He apologizes for letting the Superstars pay the price for his mistake. Stephanie McMahon comes out and tells him not to apologize. But then kills him for the mistake he made. Umm, that’s why you apologize. Stephanie makes him captain of the Survivor Series team. If his team loses, she will find a new GM.

Kurt escorts her back to her limo. She tells him to ask Mick Foley about her wrath. Another limo stops and it’s the Miz and Miztourage. Angle gets pissed when Miz starts to hassle him. The Miz has a match against a mystery opponent.

Bayley comes out. Alicia Fox comes out wearing a captain’s hat. She can’t waste her time wrestling Bayley. She found an opponent and it’s Nia Jax. Bayley catches Jax coming back into the ring. Jax recovers quickly. Bayley locks in a guillotine. Jax tosses her off. Jax with a cannon ball. Jax follows with a leg drop for a glorified squash match. Fox makes Jax the first pick for the Raw team.

Samoa Joe comes out. He hasn’t missed any of us fans. Apollo Crews is his opponent because he got his ass whooped last week. Titus O’Neil is at ring side to watch his property get whooped this week. Crews does get in some offense but Joe takes control again after a power slam. Vicious urinogi is followed by a Kokina Clutch for the tap out win. Joe gets to whoop O’Neil after the match.

Bo Dallas & Curtis Axel escort the Miz to the ring. Matt Hardy ends up being his mystery opponent. Miz side steps a charging Hardy to gain control. Hardy gets hung up on the middle rope with a sling shot. Hardy returns the favor dodging the corner clothes line from Miz. Hardy connects with the clothes line/bull dog combo. Hardy drops an elbow from the middle rope. Side Effect only gets a two count. Hardy moonsaults onto Miz. It only gets a two count. Miz pushes Hardy into the middle turn buckle, back of the head first. It Kicks. Twist of Fate but Miz rolls under the ropes. Miz hangs up Hardy on the top rope. Skull Crushing Finale for the win.

Alexa Bliss pays Kurt Angle a visit. She wants to lend Angle her help. Angle points out she didn’t help defend Raw last week. He puts her in a match against Mickie James.

Asuka comes out for a match against someone other than Emma. Stacie Cullen is her opponent. Spinning Back Fist to start things off. Asuka just stays on offense. Asuka Lock for the quick tap out win. Michael Cole says “Asuka impressive again.” You can’t use again. The WWE finally doing things right instead of a 50/50 match with Emma.

Daniel Bryan shows up in Kurt Angle’s office. They go to commercial before anything is said. Bryan wants to be on civil terms with Angle. Team Raw is going to take out Team Smackdown Live. The lights go out on DB as he talks on the phone. He’s back on the phone. Kane choke slams DB.

Finn Balor comes out. His opponent is Cesaro, with Sheamus on the outside. A Tilt a Whirl back breaker by Cesaro is the first big move of the match. Balor mule kicks Cesaro. Balor follows up with the soccer kick from the apron. Sheamus distracts Balor. Cesaro takes advantage. Balor goes on offense after the break. Second distraction. Pop Up Uppercut gets a two count. Cesaro Superplexes Balor back in from the apron. Cesaro slaps on the Sharpshooter. Cesaro goes into a cross face. Balor fights out. Sling Blade. Corner Drop Kick. Balor kicks Sheamus on third distraction. Flip dive onto both of the heels. Double Stomp to the back of the neck for the win. Balor flees before Sheamus can attack. Kane comes out. Balor tries to attack but is thwarted quickly. Tombstone on the stage. The Shield comes out from the crowd. Well, Seth Rollins & Dean Ambrose at least.

Rollins gets caught going for a dive. Rollins is receiving a beat down. Rollins gets to fight back using his speed and kicks. Blockbuster on Kane only gets a short two. Suicide Dive onto Kane. Rollins goes for a second one and Kane tosses him down. Sheamus & Cesaro attack Ambrose. Rollins dives onto them. Rollins spring boards into a Choke Slam for the Kane win. Ambrose comes in and makes the save. Ambrose gives him Dirty Deeds. Kane eventually sits up. Cesaro & Sheamus join The Shield beat down.

A bag of trash is in The Miz’s locker room. He’s worried that Braun Strowman is back. The Miz talks to Kane about the garbage bag. Kane tells Miz he’s on his own.

Halloween Street Fight between Heath Slater & Rhyno taking on Luke Gallows & Karl Anderson. Lucky us. The bets part of the match is all of the announcers being flustered and having no idea how to call the match. Anderson comes off the top rope into Rhyno’s arms. Spinebuster through the table for the win. Wow, they can’t even win this match. I’m going to guess the Anderson & Gallows would prefer to be back in Japan at this point.

The Miz talks to Cesaro & Sheamus. They think it’s a prank. Strowman doesn’t operate in the head games department so they have a point.

Elias Samson is signing tunes again. He makes fun of Jason Jordan in it. People keep trying to sell the “Kurt Angle’s coat tails” story but he still hasn’t received help. Jordan chased Samson off. The guitar was left in the ring so Jordan smashes it.

The Miz wants to leave the show but Kurt Angle forces them to stay.

Drew Gulak is again Enzo Amore‘s mouth piece. Gulak spells soft correctly and Amore is upset. Kalisto comes out for a match with Gulak. Salida Del Sol for the quick win. Enzo attacks after the match and leaves Kalisto lying.

Mickie James vs Alexa Bliss is the main event of Raw. Bliss worked over James early. James fired back with some kicks. The fans start chanting for “CM Punk.” I hate Baltimore even more now. Bliss pulls James off the top rope. James does the same when Bliss goes up to the top rope. Mickie has to throw Bliss back into the ring. Senton on Bliss for a two count. James even beats the cheap shot coming back into the ring. Bliss catches James with a right hand. Win for Bliss.

The Miz leaves the building. They safely get into the limo. A trash truck blocks them in. Braun Strowman emerges from the truck and chases The Miztourage. They end up on the stage of Raw. Strowman tosses Dallas & Axel down the ramp. The Miz’s landing didn’t look as rough. Axel ends up saving the Miz. Power Slam on Axel. A second. Third. Fourth. Fifth. Axel is earning his pay tonight. Strowman power slams him onto the announce table for the finishing touch. Ouch. – Kevin DiFrango