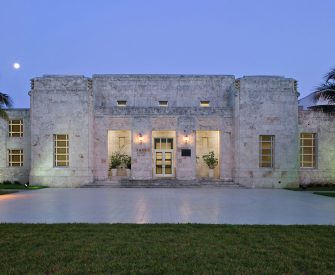 The WWE starts off the New Year previewing matches for the evening. Alexa Bliss gets to complain that she has a match against Asuka tonight. Kurt Angle stands firm but does point out that it’s not a Championship match. He then comes to the ring. Angle tells us that the men’s and women’s Royal Rumbles will be exactly the same. Sheamus & Cesaro come out to complain about having to fight a team that hadn’t been together before. They are also mad that Angle hugged Jason Jordan after the match. Jordan comes out and says that him and Seth Rollins earned their Belts. I realize that Cesaro is doing a promo without his mouth piece. Rollins comes out and tells Jordan to be a better partner. Jordan needs to be wary of being jumped by The Bar.

Jordan has his match against Cesaro. A Chop Block gets Cesaro some momentum and the first sustained action of the match. Cesaro gives Jordan a knee breaker on the apron. Jordan catches Cesaro charging in with a boot to the face. A pair of suplexes gets a two count. Cesaro back kicks Jordan’s bad knee. Cesaro locks in a half then full Crab. Jordan reaches the ropes. Rollins takes out Sheamus. That distracts Cesaro. Pop Up Neck Breaker leads to a victory by Jordan. Rollins tries to celebrate with Jordan but he mostly blows him off.

Roman Reigns called Samoa Joe a “punk” a lot. He has a point. Joe has excelled at attacking downed opponents.

Sasha Banks had a short promo saying why she will win the Women’s Royal Rumble. It wasn’t gripping.

Bray Wyatt came out. Apollo Crews is his opponent. Titus O’Neil and Dana Brooke are at ring side. I would love if Titus Worldwide were heels. It’s almost a “Cabinet” style set up with Brooke on board. Crews got in more offense than I expected. Wyatt catches him on the top ropes and starts to work him over after. Crews is getting a come back. What is going on here? Standing Shooting Star Press for a two count. Brooke ends up distracting Wyatt. It doesn’t cost him though. Sister Abigail for the win. Matt Hardy shows up on screen. “The Consumer of Terrestrial Entities” is a hilarious summation of the Eater of Worlds. Hardy then goes Andy Warhol/Max Headroom on us with his laughter.

Alexa Bliss tries to get Nia Jax‘s help. Jax needs to go help Enzo. Bliss gives her a “Me or Him” ultimatum. Jax goes with him. Asuka comes out second for their match. Bliss keeps on trying to avoid confrontation. For a longer portion of the match than I would have expected. Asuka gets an Ankle Lock on Bliss. She reached the ropes and reversed momentum. Bliss connects with a back breaker after several reversals by both competitors. Bliss locks in a Guillotine. Asuka counters with her own submission. Bliss gets another break. Asuka goes on the attack with drop kicks. Asuka gives Bliss a modified GTS. Bliss drop kicks Asuka outside the ring. Asuka locks in the cross arm breaker for the tap out victory after getting back in. I enjoyed that match after the break.

Renee Young is not excited about interviewing Samoa Joe. He has exposed Roman Reigns. He goads Young more about hurting Ambrose. Joe is ready to put Reigns to sleep. More good stuff from him.

Bayley doesn’t do any better with her Royal Rumble promo than Banks.

Braun Strowman is going to crush Rhyno. Heath Slater may be taking a beat down after the match too. Slater keeps stepping up to the apron. Strowman tells him to come into the match. Slater does come in but it’s little help. Power Slam on Rhyno for the win. The crowd wants blood so Strowman starts to pick up Rhyno again. Slater comes in and gets power slammed. The crowd still wants blood. Rhyno power slammed. Just for good measure, Slater power slammed a second time too. Rhyno gets a third for being persistent. Slater gets a third just because.

Roman Reigns is back stage. Seth Rollins checks in on him. Jordan comes in and offers their help and even uses “Believe that.” Reigns & Rollins are confused.

Kane runs into Strowman. He just wants to talk about Brock Lesnar. Kane wants them to team together. Strowman is having none of it.

Kurt Angle continues the back stage segments. Finn Balor wants to be in the Royal Rumble. Balor then introduces Luke Gallows & Karl Anderson as his tag team partners against the Miztourage & Elias.

Samoa Joe and Roman Reigns have their match. Joe works over Reigns’ left arm. Joe’s spinning kick to the face gets a two count. Joe tosses Reigns into a corner hard. Reigns fires back with a big clothes line. Reigns does the corner clothes lines. Joe gets knocked out of the ring. Drive By. Joe blasts Reigns off the apron. Suicide Dive by Joe onto Reigns. They barely get back in the ring before the ten count. They go back outside quickly. Reigns reverses Joe into the steps. Reigns acts like he’s going to use the steps. The ref talks him out of it. Reigns does use them as a spring board for a Superman Punch. Another when they get back in the ring but it only gets two. Samoa Joe stops a Spear. Joe pushes Reigns into the ref. Reigns pleads not guilty. Joe takes advantage. Reigns reverses into a Spear for the win.

Paul Heyman warns Kurt Angle that this year is “The Year of The Beast.”

Absolution is in the Women’s Royal Rumble. Paige‘s injury scare must have just been a scare or a lesser injury.

Drew Gulak reads a statement from Enzo Amore. Ariya Daivari is in the ring with him. It’s entertaining enough. Cedric Alexander comes out. Since he isn’t getting a match with Enzo, he wants some competition. He challenges either of them. They offer a tag team match. Goldust comes out to be his partner. Cedric sells. Goldie gets a fun hot tag. Lumbar Check for the win.

I’m really confused on what is happening with the Elias/Curtis Axel/Bo Dallas segment. It’s one of those, it’s just bad. Luke Gallows & Karl Anderson interrupted the Elias solo portion which isn’t any better. Magic Killer. Coup De Grace for the win.

Brock Lesnar finally comes out. Paul Heyman is upset that it’s another multi-man match for Lesnar’s Championship. Brock doesn’t fear the challenge of taking on them though either. Kane comes out. Hre choke slams Lesnar. Brock ends up sitting up.Kane gets drug away by the locker room. – Kevin DiFrango