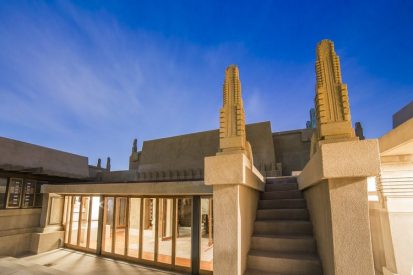 We get back to normal with a recap before getting to in ring action. This was about Ronda Rousey and Kurt Angle. Commence our hype for a mixed match match at Wrestlemania. After introducing Alexa Bliss & Mickie James, we get more recap. This time about Nia Jax and Asuka. Bliss hypes herself as usual. She then butters up Mickie. Alexa runs down the competition from the Elimination Chamber. Asuka comes out. Bliss  tells Asuka that she was embarrassed by Jax last night. Nia Jax ends up coming out. Sasha Banks & Bayley make the beat down stop but don’t really make a save.

A six woman match ensues after the break. Jonathan Coachman pointing out something we figured out a long time ago, most matches at Wrestlemania are undetermined even six weeks out. The big moments of the match were Bayley refusing to tag in for a beaten down Sasha. I really wish she would have taken a loss. You can’t do that though and have Asuka win she needs after getting walloped after her win last night.

John Cena was depressed after the Elimination Chamber but he knows he needs to move forward. I’m missing why Cena stopped after he mentioned failing for the third time. He figured out what to do. He challenges the Undertaker. So all the people just booing him cheered after that? Really? Why do you want this match? Hahaha. Cena informs us that match isn’t happening. He’s going to Smackdown Live tomorrow night.

Bray Wyatt is taking on Heath Slater? Or Rhyno? He’s whooping both of them so does it matter? Wyatt danced with a limp Slater. Sister Abigail. Wyatt blames Matt Hardy for their destruction. Come on guys, let’s get really weird with this feud. Please. It’s the only way it’ll work.

The Miz comes out with Bo Dallas & Curtis Axel. He complains about being in Anaheim. I do need to pull pictures from Los Angeles for Anaheim because there’s not much special there in the architecture department. He’s going to be the longest reigning Intercontinental Champion in 62 days. He bitches about not getting enough merch. The Miz should go one on one against Brock Lesnar. Miz is angry also about not having an opponent at Wrestlemania. Seth Rollins answers the bell.

Dallas jumping on the apron distracts Rollins long enough for Miz to gain the upper hand. Miz back drops Rollins out of the ring to extend the match. Rollins fought back with strikes to turn the tide. Miz suckers Rollins in to pull him down across the middle rope. Miz drop kicks Rollins in the corner. He follows with the corner clothes line. Rollins catches Miz going to the top. Superplex into a Falcon Arrow only gets a two count. Rollins takes out the Miztourage. Suicide Dive onto all of them. Revolution Knee. Super Frog Splash from 3/4 of the ring. He was a tad short but it was damn impressive.

Finn Balor comes out. Rollins looks on annoyed. They are supposed to have a match but the Miztourage attacks to cause a DQ. Luke Gallows & Karl Anderson make the save. Kurt Angle tosses everyone from ring side and restarts the match. Miz capitalizes on a still injured Balor. Graves calling Miz’s running knee was the best he’s ever seen was hilarious since, it wasn’t. Overhead Kick by Balor openings things up for him. Final Cut by Balor gets a two count. Balor Yes Kicks Miz. Coup De Grace for the win.

Renee Young talks to Seth Rollins about Balor’s victory. He is not impressed since he was picking the bones. He wants Miz at Wrestlemania.

We haven’t been given enough Titus O’Neil & Apollo Crews vs Cesaro & Sheamus so we get a best 2 out of 3 falls match. Brogue Kick on O’Neil for the quick first win. Crews starts the second match which is good for all involved. O’Neil gets a hot tag and starts tagging Sheamus. Titus tries to go for the Dominator but fails. Frog Splash by Crews broken up by Cesaro. O’Neil takes out Cesaro. Crews goes for a tag but Cesaro takes out O’Neil. Super White Noise for the win. Two wins in a row are becoming common in 2 out of 3 falls matches. They make fun of all of the competitors they have taken down. I expected an opponent to come out.

Elias cracks me up. Fans being noise pollution is something that should be used more. His opponent is Braun Strowman. Graves reciting the lyrics of Symphony of Destruction by Megadeath is amusing me. Braun is mauling him. Elias gets a fire extinguisher from under the ring and sprays it in Strowman’s eyes for the DQ. Strowman recovers while Elias strolls to the back. Elias fights out of a power slam and runs off. Strowman pursues but Elias beats a hasty retreat.

I still find it hard to care about Stephanie McMahon despite her quality body of work. Ronda Rousey comes out angry and ready to go. Kurt Angle says he lied last night about what Steph & HHH said. Ronda demands an apology for the slap to put everything to rest. Stephanie gives a half hearted one. On the way out of the ring, HHH clocks Angle. Keep moving the story along. It’s the road to Wrestlemania, bay-bay. – Kevin DiFrango