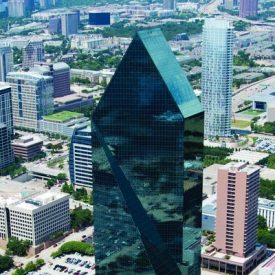 Kurt Angle comes out and gives us the bad news that Roman Reigns is still suspended and that Brock Lesnar isn’t there yet. Roman Reigns come into the ring from the crowd. He’s still “suspended” though. Because any fan can just stroll into the ring without being taken out by security or worse one of the wrestlers. Angle tells Reigns to cool off and that he’ll get his hands on Lesnar at Wrestlemania. Reigns is still being a hot head. “US Marshals” come out for him. He then assaults them as they try to escort him handcuffed to the back. Brock Lesnar then comes out and mauls Reigns. Even this only draws mild boos because Reigns is not well liked. The second return to a third beat down got cheers. According to Coach, Brock’s heard enough which explains this action. Sure Coach. You do you. Then Coach tries to recant when Lesnar pushes over a strapped to a gurney Reigns. Michael Cole rightfully calls him an idiot. By the way, the “good guy” in this situation assaulted 3 “US Marshals” for no reason so he’s not very good.

Alexa Bliss comes out with Mickie James. Bliss goes for an apology. She is so slimy by calling it “girl talk.” Bliss says that she’s sorry. Then she says she isn’t sorry. You can only go to that well so many times in a row as a promo convention. Bliss then doubles down on her statements. I was think as I watched this match I couldn’t help but think of Edge talking about Asuka finally finding something by having to be the fighting under dog against Nia Jax. The problem I see about this view is that you don’t got your entire WWE career undefeated being an underdog. That role requires you to lose to gain sympathy. She isn’t losing with the undefeated streak before her first major championship victory. The WWE seemed to be playing into that role though against Bliss who had the majority of the offense and Asuka only got in spurts. So I suppose she’s the underdog against Charlotte? Bliss “hurts” her ankle and gets counted out. Nia Jax comes out and flattens Mickie James. She then hunts down Bliss who keeps getting away.

Alexa Bliss complains to Kurt Angle. He tells her that the Women’s Champion should be a role model, not a bully. Angle informs her that Jax will get an opportunity at her belt at Wrestlemania. Bliss knows she’s out of time.

Braun Strowman comes out. He needs to pick a partner for his match against The Bar at Wrestlemania. He knows he can win the tag team titles on his own. Sheamus & Cesaro come out and say that he can’t beat them. What happened to Reigns tonight is small in comparison to what they’ll do to him at WM. Strowman informs them that he does have a partner and he also has a singles match with one of them tonight. Cesaro ends up being the man to step into the ring. Strowman gets off to a hot start but Cesaro eventually uses his speed advantage. It really helps that he has strong offense to start with and he’s not completely dwarfed by Braun. Cesaro goes for a cross body and gets caught. Power Slam for the win. What a fun match.

They cut to House Hardy. They do a good job of establishing all of the Broken Universe characters on the WWE screen. It still feels like more could have been to establish it.

The Revival makes short work of Titus Worldwide. Shatter Machine for the win. They talk about entering Braun Strowman’s territory and declare for the Andre The Giant Memorial Battle Royal.

Bayley comes out. Sasha Banks comes out next. She wants their problems hashed out. Banks tells her that she’s the bigger person and will forgive her for walking out on her twice. Bayley snags a mic. It’s not what she did, it’s how she did it. Bayley saw Banks smile after kicking her down the pod. Absolution‘s music hits before a resolution is reached. Mandy Rose & Sonya Deville are their opponents. Paige is a mouth piece that isn’t being made to do much talking. Banks tags herself in for a pin. For this inexcusable action, she gets beat down. Banks goes for a tag but Bayley doesn’t even reach out. She does tag in shortly after though. Rose makes a save. Bayley back slides Sonya but Banks has the ref’s attention. Bayley & Sasha scream at each other. Sonya slams them together. Switch Kick for the win.

John Cena says that there has been no answer to his challenge. Now he has a beef with Taker because of the non-answer. Kane comes out. Cena thinks he has the answer. He just choke slams Cena. Michael Cole posits the theory that we could get a one on one match between Cena & Kane. I’d probably enjoy fan Cena more.

The Miz can’t get on the WM magazine. He can’t get no respect. He’s going to get it by calling his opponents by their former names. The Miz will be champion after WM. Bo Dallas & Curtis Axel join him for a six man tag team match against Luke Gallows, Karl Anderson & Finn Balor. Before the match starts, Seth Rollins comes out for commentary. Rollins astutely mentions that they all have bad odds in a triple threat match. The Miz collides with Curtis Axel. Balor rolls him up for the three count. The Miz & the Miztourage attack. Axel & Dallas take out The Club. Wow. I can’t believe I typed that. At least they’re selling merch? Seth Rollins makes the save. Stomp on Miz.

Skaarsgard the Boat is the last thing along with the Lake of Incarnation.

Ronda Rousey tells her story about becoming a UFC legend. This video package is fantastic.

The Ultimate Deletion is the main event. Bray Wyatt approaching with his lamp is hilarious to start. He is told to follow the music. It’s a ring out in a field. Hardy greets Wyatt then we get a break. Michael Cole apologizes for what we’re about to watch. Hilarious. Why are there chairs under a ring in a field? Wyatt tries to use one. Vanguard sets off fire works to scare Wyatt. Hardy beats on Wyatt with the chair. Hardy has recreated Sister Abigail’s house. Hardy attacks with a kedno stick as Wyatt day dreams about Abigail. Hardy plays whack a mole in the field of statues. Wyatt breaks a branch over Hardy’s back. It only gets a two count. Wyatt tosses Hardy into a garage door. They enter The Dome of Deletion. Hardy gains the upper hand. He rams Wyatt with a ladder. Hardy takes time to ride the lawn mower. Wyatt recovers before being run over. Wyatt gets another two after dropping him on the apron. Wyatt drags Hardy…aww shit. Time limit. Of course. – Kevin DiFrango