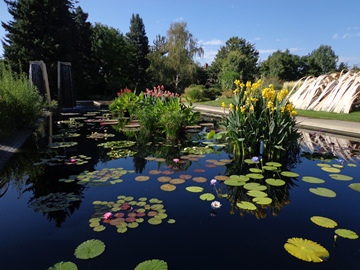 Baron Corbin greets Stephanie McMahon with a terrible happy birthday. HHH is with her which makes him stop. HHH lets his punishment be dealt out by the birthday woman. She gives Corbin quite the tongue lashing but she does reward him with a 3 man tag match against The Shield. Dean Ambrose, Seth Rollins & Roman Reigns make their way to the ring. Ambrose doesn’t have much to say. Reigns still gets booed. Hilarious. Baron Corbin introduces Braun Strowman, Drew McIntyre & Dolph Ziggler as his partners. Ziggler is the first one to start picking at Ambrose for wanting out of the Shield. Rollins & Reigns feed into their theory by speaking for Dean. He had acted odd earlier in the promo to help the theory. It’s strange though for Dean “Lunatic Fringe” Ambrose didn’t react to all of this prodding.

Mixed Match Challenge gets story time on Raw. Finn Balor is accompanied by Bayley. Jinder Mahal is corner by Alicia Fox and Sunil Singh as usual. Balor’s flip dive gets me to FF. Mahal starts to work over Balor’s abdomen. Why did Renee Young just ask if Corbin had any friends? He literally just came out with Strowman/McIntyre/Ziggler. Singh trips up Balor. Bayley trips up Mahal. That sets off Fox. Bayley ends up giving Singh a Bayley to Belly on the outside. Balor rolls up Mahal for the win. Mahal beats up Singh after the match until he starts to repeat his mantra.

Brie Bella, Nikki Bella & Natalya are taking on The Riott Squad. Liv Morgan starts the match against Nikki. I heard “Twin Magic” and tuned out for a moment. It’s 2018, right? And they look completely different, right? Sarah Logan is wearing down Brie. Morgan got kicked square in the face by Brie so she had to go to the back. Natalya gets the hot tag. Smart plan. Ruby Riott tags in behind Natayla’s back. She attacks from behind when she pins Logan. Riott Kick for the win.

Dean Ambrose grabs Dolph Ziggler. He does another sales job to Ambrose. Dean looks intrigued by the offer or at least not upset about it.

Chad Gable & Bobby Roode are still a team. Connor gets a promo. Weird. He’s in a singles match with Gable though. Viktor is on the outside. Gable builds momentum after an arm bar in the ropes. It ends with a Rolling German Suplex into a pin. Connor flattens Gable. Sitting Dominator for the win. Even weirder.

HHH gets asked about The Undertaker’s comments. HHH says he sold his soul a long time ago. He ends by saying the end is near for Taker.

I forgot that Ziggler & McIntyre had a match against The Revival. Scott Dawson & Dash Wilder get to work over Ziggler. Dolph dodges a charging Wilder on the outside. That allows McIntyre to come in and dominant for a moment. Ziggler is taking a beating again after a break. Superplex & Top Rope Splash only gets a two count. McIntyre broke up the pin. Wilder has Ziggler on his shoulders. Gentle Doomsday Device. Ziggler kicks out at two. Ziggler stumbles into a tag. McIntyre just dwarfs everyone in this match. Glasgow Kiss. Claymore Kick into a Zig Zag for the win. No surprise there. I see those two keeping the belts for a while.

I thought about blowing thru Elias‘s usual antics. I didn’t. For the people. He cuts to the quick though and introduces Kevin Owens. I didn’t realize it was The Kevin Owens Show. He invites out Lio Rush as his guest. He isn’t dumb enough to fall into their trap. Rush introduces Bobby Lashley. He has a match with Elias. Lashley makes a mistake. Elias ends up working on Lashley’s leg. A few clothes lines turns things around for Lashley. Elias has a single leg crab on Lashley. So of course Lashley does a delayed vertical suplex almost as soon as recovering. Lashley Spears Elias to the outside. Owens chases Rush. Owens accidentally runs into Lashley causing a DQ.

Seth Rollins informs Drew McIntyre that he’s the one being taken advantage of. Rollins makes some good points. McIntyre won’t answer Ziggler about the conversation.

Nia Jax is going to take out Alicia Fox. Ember Moon is with Jax. Alexa Bliss & Mickie James are there for Fox. Samoan Drop for the win. Not much of a match.

Drew McIntyre ends up tattle taling to Dean Ambrose. The only reason he did that is because he’s worried about Ambrose rolling on them.

Authors of Pain end up joining Baron Corbin. Good spot for them. Drake Maverick continues to pay dividends. Managers in general no matter what you call them. Ziggler, McIntyre & Strowman sit down on the ramp to watch the match. Ambrose starts against Corbin. Reigns has a stare down with Rezar. Just as The Shield got things moving their way, Z/M/S come to ring side to distract them. Corbin & AoP attack from behind. Rollins gives a Block Buster to Akam. Rollins ends up selling. Sling Blade by Rollins  creates an opening. Everyone gets pulled of the apron. A Brawl ensues outside. Last Chapter on Reigns. Rollins gets Deep Sixed. Rollins kicks out at two. Rollins head scissors over Rezar. Rollins super kicks Akam. Ambrose gets the hot tag. Ambrose dives onto all three on the outside. He connects but gets tripped up on the top rope. Ambrose with that weird top rope elbow onto a standing man. Reigns & Rollins take out AoP. Dirty Deeds. Reigns tags in. Ambrose takes out Akam. Spear for the win. Ambrose thinks about it on the outside. He puts down the fist first though. – Kevin DiFrango