You are here: Home › Kevin's Blog › WWE News › The Architecture of Wrestling – Ring My Bell 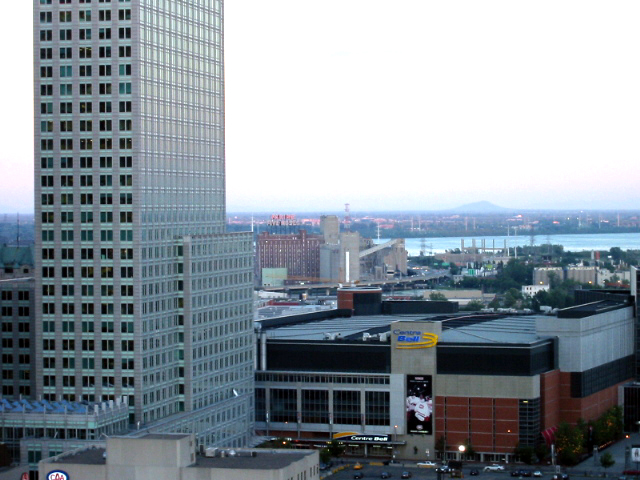 You couldn't create a little more space between you and the giant glass tower?

The WWE’s last pay per view Breaking Point took place at the Bell Centre in Montreal, Quebec, Canada.  It was finished being built in 1996 (more information on the history here).  I noted how old Joe Louis Arena is but this one was designed and built after HOK started making stadiums and arenas well designed structures. Bell Centre was actually designed by the Consortium of Quebec Architects, which obviously is not one specific firm and I couldn’t find confirmation on who was in the group. 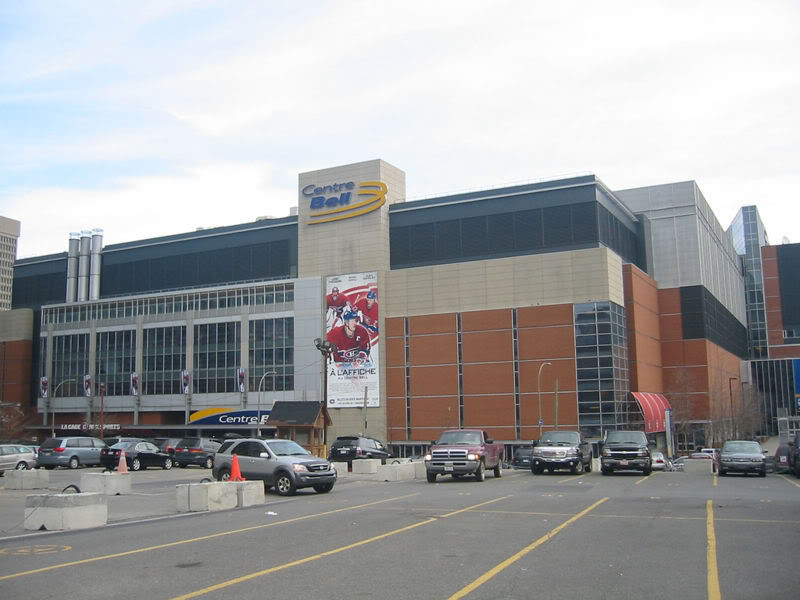 On to the building design which is the important part. The above photos show the northwest side of the building (Google map here) although the lower photo does show the southwest face too.  They have used three different materials – brick, block and glass – but what is strange to me is the use of two different type of stone, one of which is a beige color and the other which is more gray. The beige block matches the block from St. George’s Anglican Church which is  so I would think that they would stick with it rather than having two different types. The beige stone along with the brick and glass also matches some of the other buildings around the area.  I’d suggest using the “More” tab on the map to click around the area’s pictures. The gray stone continues to make little sense after leafing through the photos. The glass could be lighter and still be opaque so that it would match the surrounding area more but the contrast in colors that it creates helps offset that problem.

The stone tower, with the Centre Bell sign, along with brick with the small slats help to create a vertical feel visually which terminates with the beige stone. On top of the stone is the black (maybe a dark blue) glass which continues the horizontal banding which carries around the northwest face to the soutwest. The banding helps to make the building flow. Normally, stone or brick is built up in a staggered formation (called stretcher bond) but the beige stone is a stacked bond, which lines it up so that the joints are linear. The stack helps to emphasize the verticality of the tower and also the horizontal nature of the stone above the brick and glass corner. To the left of the tower is a combination of gray stone and glass. It also does a good job of combining horizontal and vertical banding. The stone columns and the mullions (or fenestration if you prefer) create the verticals. The horizontal nature comes from the stone above and below the main portion of the glass. The condensed nature of the windows on the top help provide the horizontal feel too.

That’s all I can analyze though because all of the pictures that I found on Google are of this elevation.  It’s quite obvious the design quality has been upgraded since 1979. -Kevin