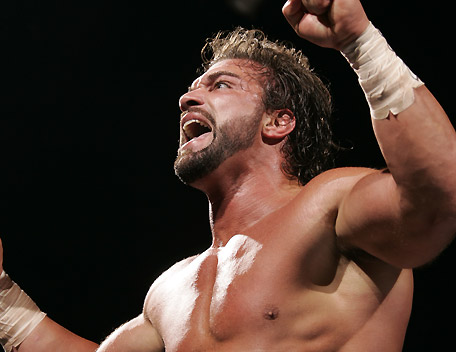 Over the weekend WWE released two more people. Really, it’s a “who cares” type of port but we have played out the “nuff said” or the “ zzzzzzz. So, let’s try the straightforward way of doing this.

Charlie Haas was released and really, who knew he had a job. You may remember him as one half o “The World’s Greatest Tag-Team” with Shelton Benjamin along side Kurt Angle. He was also a tag partner with Rico, um, you remember him right? He is married to Jackie Gayda, remember her? God damn he did nothing the entire time he was in WWE. How did he have a job this long with such a lackluster run? Well, it’s over now so who cares.

Referee Scott Armstrong was released as well and he’s a referee  so does this even matter? -Jeremy

One Response to “WWE Releases Charlie Haas and Scott Armstrong”