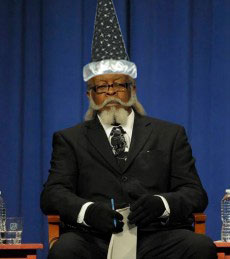 "I wish I could make her money appear in my gloved hands!" -Jimmy McMillan

According to Yahoo Finance, Linda McMahon has spent a total of $41.5 million of her own money — that she earned as a WWE employee and as WWE talent, alongside cashing in cans and opening a lemonade stand, I’m sure — on her campaign for U.S. Senate in Connecticut, meaning she has spent more of her own money on her campaign than anyone else in the running for a U.S. Senate seat. And she intends to spend upwards of another $8.5 million. According to a high-ranking source within Stunt Granny, her campaign’s rent is too damn high! -Eric