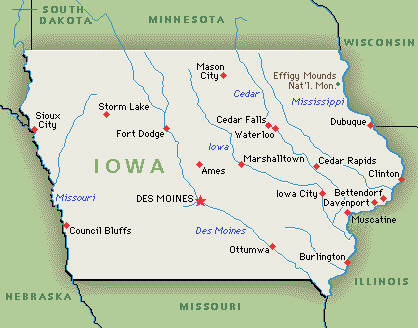 Eric is tweeting from one of these cities.

My job tonight is simple, compile Eric’s tweets and maybe add some commentary. Should be easy enough. I’m not keeping up with him but will hit his early tweets now and refresh this post later. To make it more official, we’ll even stick a read more button in here in case you want the results of Smackdown to be a secret.

Kevin: Does that mean Columbus is more redneck since we had about double that many fans for a Smackdown taping before Wrestlemania? It could be because we’re a real city and have more people around town.

Eric: Cannon (big boot; the Lucky Strike?) and Kidd over Saxton and Tatsu. Very pedestrian, but people chanted for Yoshi. Carly liked him, too.

Kevin: I’m in heaven. I haven’t had to make a spelling or grammar correction yet. What the hell is going on on NXT though that Kidd & Cannon wrestled twice on the same show?

Eric: O’Brian (twisty belly to back) & Kozlov beat Young and Chavo. Lots of “Chavo sucks” chants, which made Carly feel bad for him 🙁

Kevin: Carly, feel bad for yourself or any opponent of Chavo. If he’s your opponent, you’re going nowhere fast.

Eric: Tyson Kidd beat Trent Barretta by countering a victory roll. Brawler watched that one, too. Kidd took on Matt Striker as an agent. Cool.

Kevin: Striker was looking extra douchey last night. Still a mystery as to why an agent isn’t a more prominent role in the WWE. I’m sure that’s dead horse  number 39 on our list of things the WWE should do.

Kevin: Christian’s size is one of those things that didn’t hit me until later. Not sure why when he first popped up with Edge that I thought they were similar in size.

Eric: Henry’s power popped the crowd. Xian pleaded for a title shot tonight. Teddy Long shot it down, but made him ref for Orton v Sheamus.

Eric’s note: I don’t know who was who between AJ and Kaitlyn, and I missed who took the fall.

Eric: Ezekiel beat Barrett by count-out when Corre kept eke from bringing Wade back into ring. Kinda short. Zeke is rough around the edges.

Kevin: Honestly, this report is so ho hum, I’ve got nothing for comments. Guess that’s what happens when you leave no one of name on one of your programs.

Kevin: Dumb does not do that segment justice. I can’t imagine a way to produce this into a good segment.

Eric: Orton v Sheamuis. Fair wrestling to start, typical brawl outside the ring, good finishing 10 minutes. Since when does Sheamus skin the cat?

Kevin: Since never. Spelling mistake! Jeremy feel better, it even happens to the best of us.

Eric: Ref Scott Armstrong just saw or heard something funny. Carly definitely doesn’t think this is funny. Get a damn opponent out here!

(Last one of the night)

Eric: No dark match is worth waiting 15 minutes for, not even if Macho Man’s ghost came back. We out.