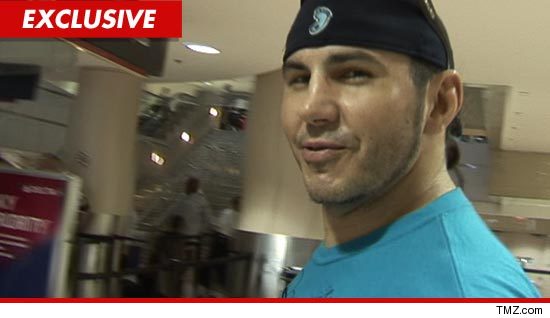 Wrestling superstar Matt Hardy was arrested in North Carolina today for suspicion of driving while intoxicated … TMZ has learned.

According to the Moore County Jail, Hardy was busted this afternoon by the North Carolina State Highway Patrol and released around 7:00 PM ET.

Hardy is currently part of Total Nonstop Action Wrestling, but made his name in the WWE.

And then there was an update:

According to the North Carolina State Highway Patrol, a trooper discovered Hardy after his 2009 Corvette ran off the road and struck a tree. Hardy was by himself at the time and did not suffer any injuries.

The trooper observed signs of impairment and arrested Hardy. He was charged with DWI and the trooper found no other contraband in the vehicle. Hardy submitted to a blood test, the results are pending.

Say it with me now. I know you want to: soaked in trailer park! – Dusty

Update 2: Updatrick Boogaloo: According to several quasi-reliable online sources (including Bleacher Report, which is where I go for all my professional wrestling news), Matt has been fired by TNA because of this incident. So this is enough to get Matt fired, but awaiting trial for hella drug possession isn’t enough to get Jeff fired? I simply do not understand.

When the side windows glass smashed into my face, arms, & neck, some of the blood that did felt almost angelic. I went from being afraid to die to feeling like I was almost being reborn with some sort of an ABSOLUTE PURE LIFE-FORCE. It was the most amazing thing I’ve every experience, I felt like I’d just received the blood of an angel flowing inside me-I know this sounds crazy! Due to these, I only have urges to help people. And miraculously, all my vices are gone.

How do you imagine the person who would write such a thing to be? Mentally handicapped? Severely drugged up? All of the above?

2 Responses to “Matt Hardy Arrested For DWI, Fired By TNA”