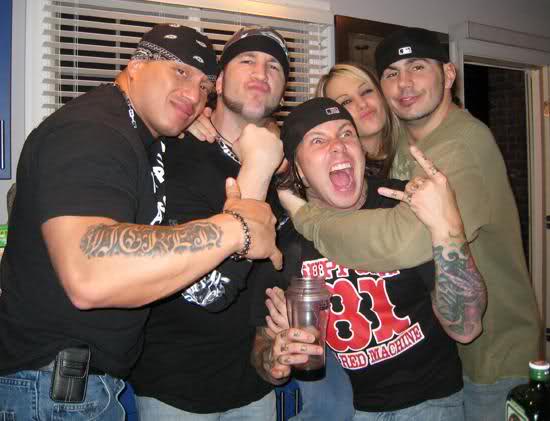 Hey, why don't you have a few drinks and then go drive home.

After reading about what happened with Matt Hardy yesterday, I surfed the internet and saw what many fans were saying.

I am writing this because I fear for the man’s life. It is no secret that the Hardy Boyz are going down a dangerous path full of prescription pills, illegal drugs and copious amounts of alcohol consumption.

The North Carolina wrestling scene is centered around the Hardy Boyz. These guys look out for the guys coming up. Every year, they have a Christmas party where they invite everyone in the business, whether you have 1 year or 20 years in, to come celebrate. The parties are wild, but the Hardyz go out of their way to say hi to everyone. No one is excluded, an indy wrestler is welcomed and greeted as if they were a TV name.

Last year’s Christmas party was when I seriously wanted to say something, but the man has treated me well so I bit my lip. After reading his most recent news, I wanted to get this out there for his real friends to process.

At last year’s Christmas party, Matt Hardy was openly taking drugs and getting hammered on booze. A bunch of us were downstairs shooting the shit then all of a sudden we heard this huge CRASH. We all ran to the sound of the noise, and what we saw was Matt Hardy laying in a pile of glass like he was one of those untrained death match guys. Matt Hardy was so fucked up on drugs and booze that he fell through a glass coffee table. While cut up and bloody, he was ok. Fortunately he suffered no serious damage.

After nearly killing himself and becoming a news story for wrestling sites, the party resumed like nothing happened. That is when I realized Matt’s closest friends are his biggest enablers. Instead of taking a step back and saying “Wow, you almost killed yourself, we may have a problem here”, I saw Matt’s friends giving him more shots and more pills.
My point is that Matt is a great guy but will get no help from his friends. Some of his friends are stooges that don’t dare talk back or question Matt. Matt takes care of people and in return expects not to be questioned.

Matt needs tough love. He has a ring rat girlfriend who has told people she is with him for her career. No sane woman would allow themselves to get tazed and beat up by drug addicted men 15 years her senior. She said her name is always mentioned with his and it’s a form of advertising. Matt needs to stop tasering women, re-evaluate his life and stop giving us Jeff Hardy updates. The only difference for a long period of time between Jeff & Matt was that Jeff’s problems became public. Brother Jeff is just as open and cool as Matt, but together, they are destructive together.

I am writing this in the hopes that if people really consider themselves a friend of Hardy, and many will tell you they are here, then please talk to Matt and get him help. We don’t need another obituary. IT WILL BE THE SAME PEOPLE WHO CAN HELP HIM NOW THAT WILL BE WRITING TEAR JERKING CONDOLENCES AND POSTING THEIR CROCODILE TEARS USING MATT HARDY’S DEATH AS A WAY OF ADVANCING THEIR OWN CAREERS.

Matt Hardy needs to put the twitter down, the youtube down and really needs his friends to stand up for him. All this enabling will lead Matt to an early grave but tough love could be the turning point for this well-hearted person.

Get well Matt, I pray for you.
-Just a no name indy wrestler.