You are here: Home › TNA News › Katching up with Kurt Angle: TNA star, police weigh in on his blood alcohol content 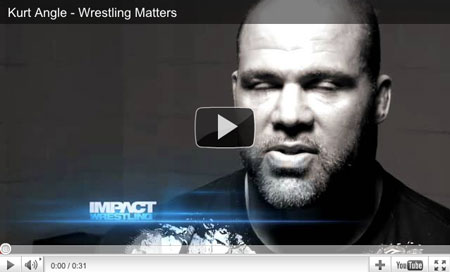 According to Prowrestling.net, Kurt Angle was arrested Sunday morning in Warren County, Va., and charged with driving under the influence. (Christ, you could set your watch to Angle’s drunken antics.) Angle went on to say that he’d plead not guilty to the charges because he claims his blood alcohol content was 0.06. However, the police (and who trusts them, anyway?) had this to say, according to the Northern Virginia Daily:

The wrestler’s first test, conducted at the scene of the traffic stop near Linden, came back above the legal limit of 0.08. On a second test at the Front Royal police headquarters Sunday morning, Angle blew a 0.06, according to state police.