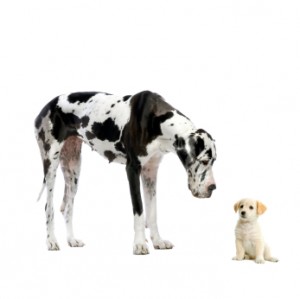 This is what I thought Jimmy Jacobs looked like attacking Kevin Steen.

We start off with review of Kyle O’Reilly against Eddie Edwards. I think this Baltimore crowd has seen more tapings than a PWO crowd. Kevin Kelly tells us we’re out of a main event because Shelton Benjamin hasn’t paid his fine yet. Charlie Haas comes out. Haas says Briscoe ran into the chair. Charlie said that he’ll wrestle. The Briscoes hit the ring. The crowd isn’t tired of chanting “Man up!” Jim Cornette comes out. Mark Briscoe is going to take him. Jay agrees to be handcuffed to the ring post. Their commercials promoting their next live event are hysterically bad.

Cheese and rice. They show footage from Kevin Steen interrupting Mike Mondo and someone. Andy Ridge is Kevin Steen‘s opponent tonight. Steen suckers in Ridge with a hand shake. According to Steve Corino (I think) wrestling has never seen anything like Steen before. Corino defends Steen’s fatness by saying he has good cardio. Steen power bombed Ridge on the ring apron. Steen wins with an F5. It was hilarious with Corino trying to make Steen sound evil with the crowd chanting. Steve Corino got into the ring. Jimmy Jacobs made the save. Hilarious watching someone so small attack him. Jacobs wants a piece of Steen.

Veda Scott is interviewing Davey Richards and Kyle O’Reilly. They sucked. They’re over stuff and wrong wolves got picked. Mike Mondo & Matt Taven were set to take on Eddie Edwards & Adam Cole. Taven was the someone from above that got attacked by Steen. Cole and Taven start the match. Cole looks pretty sharp. I don’t think I’ve seen him so far this year.Mondo got Edwards riled up and paid for it. Mondo took over after Taven had turned things around on Edwards. Eddie got the hot tag to Cole. The crowd isn’t into him much. Cole needs to get rid of the tropical island on the trunks. Mondo & Taven collide. Kevin Kelly yells “What is that?” as Nigel matter of factly says “A German Suplex”. Kelly is an idiot as he says he needs to find out the name of the move after. Mondo attacks Taven after the match.

Holy balls a third review. Truth Martini makes the obvious statement that he stopped the payment on the check. Nice when they use logic. Roderick Strong said something dumb while Michael Elgin tried to look tough. The Young Bucks lamely make fun of the Briscoes. Jay Lethal talks about taking on Davey Richards. He wants to be the first man to win the ROH World Title on TV. Jay moves on to talking about taking on Tomasso Ciampa. Lethal says that he’s not going to remain unbeaten. Tomasso is going to take Lethal’s TV Title in NYC. I hate that he has two awful managers. Can at least one of them be good? Or just get rid of one so there’s only half the suck?

Charlie Haas comes out first. Mark Briscoe comes to the ring. Jay gets handcuffed to the ring post as they go to commercial. Mark started out on fire. Haas pushed him to the floor off the top rope. Charlie tossed him around with some nice looking suplexes. Cool spot with Mark sling shooting in and Haas putting out his knee to make it a back breaker. Kevin Kelly tries to say there’s more competition in ROH than elsewhere. I might hate him the most of any announcer. Tenay still holds the crowd. He worse than Mitchell Cool though. Mark nails a froggy top rope elbow. Anorth good suplex from Haas. Mark rolled him up out of no where for the three count. Haas attacked Mark from behind and stole the key from the ref. Haas grabbed a chair. He whacked Mark in the head. Haas heads up to the announce booth. He drops $10,000 and says that the Briscoes are dead. Great wrestling. Terrible acting. Terrible angle. -Kevin