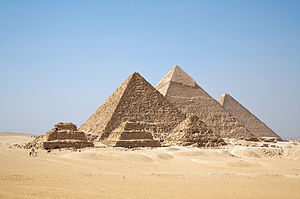 I’m not going to bother with doing a full review for the show three weeks ago, but I am going to mention the results and little comments.

Tomasso Ciampa is one of the few guys that can cut a promo but they bring out a clown car with him. Jim Cornette is brilliant, right? Kyle O’Reilly took him on in the $25,000 pyramid tournament. Ciampa is no selling way too much in this match. Ciampa won with a knockout via a knee strike to the stomach. Ciampa no sold a dragon sleeper & knee strikes to the head too. Woof. The work isn’t bad but who thought it was smart to book a match this way?

Davey Richards is letting Kyle O’Reilly be himself. Richards isn’t happy without him not observing the code of honor. He says something about his opponent Brian McBride in a Proving Ground match. Dear lord, how many type of matches do you have? Richards picture for his tale of the tape is awful. How does anyone let that slide? Richards squashes McBride. (Edit: Wait, was his name really Brian? Like the soccer player? I don’t care enough to rewind.)

Kevin Steen needs more mic time. He doesn’t really. But we’re getting it. Steen wants more matches. He calls himself out for not wrestling. He doesn’t even come out obnoxious. It comes out stupid. Davey Richards wants to fight him. Steen calls out Cornette for being a bad figure head. Amen.

The Briscoes and World Greatest Tag Team replay. Jay Lethal is mad at Tomasso Ciampa. Jay, why not talk ROH out of dumb stipulations like time limit draws? Do it a couple of times a year at most, not every other month.

Mike Bennett comes down with his clown car. Granted, Maria Kanellis is a nice shiny item from this clown car. Eddie Edwards comes down. Nigel McGuinness mentioned Edwards winning money in a tag team tournament. Jimminy Christmas. Stop with the tournies for money. Please come back on Pro Wrestling Ohio. ROH is going to be the death of me. The ref bites on the worst acting ever from Maria so that Mike Bennett can win. That’s why I don’t miss her, she has no acting ability.

The Young Bucks wrestled Shiloh Jonze & TJ Perkins. What a terrible way to start a show. I haven’t seen Shiloh before. The Young Bucks just annoy and not in a positive way. The  “We’re great” is so exaggerated it’s a joke gimmick. I do dig TJ Perkins. They say that Buckeye Country is ROH Country. Hey guys, how about coming to Columbus? You finally found Cincinnati. Dayton still sucks. He tagged out so that Jonze can take the loss. I also like the Young Bucks finisher with the 450 into a moonsault.

They do a review of Matt Taven and Mike Mondo‘s mini-feud. Neither TNA nor WWE would spend this much time on a bottom of the card. Taven’s pants stole the MTV logo. Both guys are showing good fire. This match is getting way more time than other places too. Mondo wins after a Taven miss. They delivered.

They advertised Border Wars. They just had two events that they were advertising and now there’s another one? They seem more clustered together than any of WWE’s PPVs. Adam Cole is pumped about making $24,000. He wants to move up the ladder. Mike Bennett says four way. Maria acts dizzy. Jay Lethal is going to slam dunk Tomasso Ciampa. Tomasso is going to win tonight. Both of the clown cars are at ring side for this match. Oh goody. They take a commercial break after the intros. Ugh. Border Wars is May 12th. Not as bad as I assumed FF thru it.

Lethal attacks Ciampa. It’s an elimination match. Another good thing about ROH. Bennett tags himself in. You should wait for the other guys to beat each other up. Nigel seconds my point. The other three gather outside for an Adam Cole splash. It looked so weak. ROH felt it should be replayed. Woof. Ciampa is back at it with Lethal after another break. Bennett tags himself in off of Ciampa again. Lethal Injection for Bennett, Ciampa knees Lethal while he’s down to eliminate him. Cole is the last one left. Cole superkicks Ciampa after two major knees to the head. How fucking stupid. Ciampa nails his finisher on the floor. Cole kicks out after he’s back in the ring. Cole puts on the sleeper. A heel powers out of a submission. Dumb. Lethal distracts Cole, Ciampa gets the win. Good deal. Even if I’m not excited about the execution. -Kevin