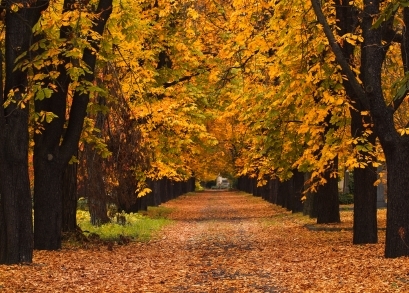 I like to go with the fall leaf pictures for their new season.

Aaron Maguire comes on the TV and introduces us to the new season. He’s going to give us more Marion Fontaine who is in a pool. He’s going to keep Vic Travagliante. He tells us that they’re going to rise to the top of Prime Wrestling because they know all of Justin LaBar’s secrets.

Analysis: Good work from all of the guys but I might toss my lap top if I have to go through another season of LaBar & Fontaine feuding. Score: +1.

Joe Dombrowski introduces the show proper and runs down the matches. Pedro De Lucca gets the honor of announcing the arrival of Johnny Gargano as the new Prime Wrestling Champion. He feels good from sitting at home with his title. Gargano promises to make the title mean something again. He said he is ready for Rhino. Krimson interrupts him. He said he lost his path to the Prime Wrestling Title having to teach Matt Mason a lesson. Krimson promises that the Dead Wrestling Society will make his life hell. Gory & Kirst attack him from behind. Rhino makes the save. He then Gores him. Rhino walks out arms raised.

Analysis: Gargano’s promo wasn’t his best. Krimson did a good job. Rhino did everything he needed. I like setting up the long distance title challenge (Rhino) while having a near distance challenger (Krimson). Score: +1.

“Late Night” Nicki Valentino comes out wearing a ridiculous jacket. He is taking on a debuting Thomas Adams. He is wearing a cyan singlet that says “Never Scared”. He looks sharp with some arm drags. Valentino catch him with a knee lift. He chops Adams a couple of times. Adams worked out of a reverse chin lock. Valentino hit a running knee to the gut. Valentino went to another chin lock.  Adams fought out and caught him with a back elbow. Valentino got back dropped for a two count. Valentino poked him in the eyes. Adams kicked Valentino in the head. Adams missed a frog splash. Valentino wins with the cross face chicken wing.

Analysis: Valentino looked good. Adams looked very good in his debut. They noted how young he was and he looked it. He can work on his physique and should pack on some weight if he sticks with it. I like Valentino being a little more serious even though he rocked the 70’s gimmick still. Nice change of pace for him. Score: +1.

Bobby Shields was in the darkness and had a towel over his head. He recounted how good looking he’s been his whole life. He said Bobby Beverly stole his hair and dignity. It’s going to be the worst thing Beverly’s ever done. Shields said that he was the best member of Sex Appeal. Shields is pissed off. Analysis: Solid stuff. Glad they’re backing up the hair cut angle. Still a little silly in my book but I liked how he angled it. Score: +1.

Krimson & Kirst hit the ring to defend the Tag Team Titles against Dan Arkham & Bryan Castle. At least they got introduced last. Castle starts off against Krimson. Castle waves at him. Krimson punches away at Castle. Krimson gets reversed on an Irish Whip. Castle misses a charge in the corner. Krimson tags out to Kirst. Castle slams him twice. He tags in Bat Dan for a double slam followed by a double elbow. Krimson takes a cheap shot and Kirst takes advantage. Dombrowski with the rare gaffe of calling Arkham, Castle. Krimson shoulder blocks Arkham down. Kirst comes in to work over Arkham more. Arkham shoulders Krimson in the gut but he no sells it and clubs him. Arkham catches Kirst charging in with a back elbow, then a boot and a clothesline. Castle gets the hot tag.  He cleans house. Krimson pokes him in the eyes. Arkham gets tagged back in. Castle gets assaulted and tossed outside. Arkham hits the top rope elbow. Krimson breaks up the pin. Kirst nails a Stunner. They double team Arkham with a clothes line & Downward Spiral. Kirst locks on the Kirst Klutch (I mean, I didn’t see the spelling but they’ve got to go in like that, right?) for the win.

Analysis: The match played out how a tag team match should. I still hate the baby face team tagging back in the guy that just got beat down but it is usually the formula. It happens everywhere so I’ll let it slide in the score department. Score: +1.

Matt Mason is shown playing with his family. He’s asked about Wrestlution 5. Mason said that he didn’t like the outcome but it was because he played Krimson’s game. He said he’s going to go forward and kick butt. Analysis: Most people say they amp up their personality for their persona. Mason just seems like he’s playing himself and it feels a little refreshing. Score: +1.

N8 Mattson & Benjamin Boone said Wrestlelution 5 was one of the worst day of his life. Mattson says that Boone needs to channel his anger into his next match against Michael Facade for the TV Title. Mattson said that he was really disappointed in Zach Gowen. He invited him in because Mattson saw he had heart. Mattson said Gowen lacks the killer instinct. He ran down how pathetic Gregory Iron is. Mattson said his next goal is the Prime Wrestling Championship. Mattson is stepping back in the ring against Iron next week. They close in unison by saying “They’re the Sons of Michigan”. Analysis: Mattson is good on the mic. Glad Mattson is coming back. He helps some of these younger guys out a lot. Score: +1.

Benjamin Boone comes to the ring with Mattson. Michael “The Bomber” Facade does the custom sign during his entrance. Facade is playing to the crowd when Boone attacks. Boone clubs him then tosses him outside. Boone strangles Facade with his own shirt. Boone tosses Facade back into the ring. Boone kicks and punches away. Boone charges into Facade in the corner.Facade fought out of a chin lock. Boone clotheslined him. Mattson strangled Facade while Boone distracted the referee. Boone side slammed Facade for a two count. Facade elbows out of a bear hug. Boone gives Facade a flying shoulder block. Boone missed a splash. Facade kicks Boone. Facade walks the top rope for a side kick. Standing moonsault only got Facade a two count on Boone. Facade got Downward Spiraled for two. Facade hit a version of the Beautiful Disaster Kick. Facade punted Boone in the chest. Facade locked in the “Dreadlock”. Boone was seated, Facade locked in Full Nelson then bridged over the front of Boone. Cool looking move.

Analysis: Good match. Facade continues to cut down on his aerial tactics which is a good thing for everyone involved. I’m still not excited about where Boone isn’t going. It’s a good win for Facade though. It’ll be interesting to see what long feud he gets caught up in. Score: +1.

Final Score: 8/8. Final Analysis: That was a great way to start the new season off. They were advertising their next taping. They wrapped up the aftermath of the Wrestlelution as well as they could in an hour. I’m sure it will continue next week. Now let’s hope there aren;t any major disruptions in the product this year. -Kevin