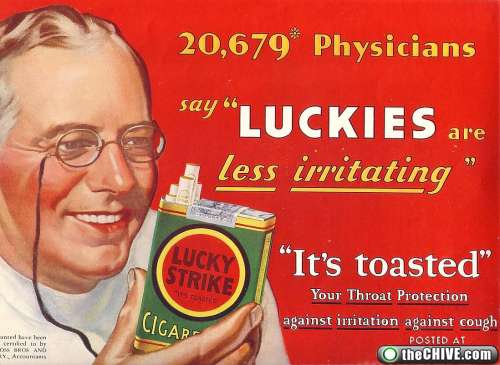 Tonight feels like an “Old School” night even if that only means going back six months. I’m sitting here in my condo by myself not doing a whole lot of anything on a Friday night except watching wrestling. I have a review in the dashboard ready for posting about Grand Canyon University which is the location of TNA’s Bound For Glory. I just watched Impact Live and have a nice slew of Tweets to prove it (Hint: @Stuntgranny). Now it’s time for Smackdown. Such is my life.

Good opening segment with Big Show, Sheamus and Booker T. I like doing something to further the feud without have a physical confrontation. Even though they created the artificial buzz for the WMD vs the Brogue Kick. Nice to keep Sheamus occupied with Tensai to keep him away from Show and to finish their match from last week. Too bad Tensai is going to take another loss.

They did not waste any time going with the rematch after the break. I liked Sheamus pacing like a caged animal. Josh Matthews corrects me and says that Sheamus Brogue Kicked Tensai during his match with Big Show last week. Whoops. JBL is doing a great sales job again on Tensai. I have liked his in ring work more recently. Too bad the WWE keeps having him job to high ranking guys. Brogue Kick for the win. Nothing special but Alberto Del Rio bossing around Ricardo Rodrigeuz may have been his best mic work in the WWE.

Ricardo is looking for Randy Orton when he runs into Santino Marella. Ricardo sold that but that was Santino’s best work in a while. Heath Slater & Jinder Mahal are teaming but they get some mic time first. Oh my lord, they’re doing group air guitar now. They didn’t really say why they were together but Mahal hinted at it. The WWE 13 commercial with CM Punk may have robbed a lot of work from Hitler, but it came out cool. It fits Punk’s earlier character.

They’re taking on Santino & Zack Ryder. Santino ends up taking the beating for the baby faces. The Broski Boot doesn’t do in Slater. Heath gives him some type of snapmare DDT for the win. I’m digging what the group is doing. The whole rock band thing is so ridiculous that I’m laughing. I’m not sure if I’m in the minority on that one.

Dolph Ziggler Touted a challenge to Kane for Smackdown which he got. Nice of Josh Matthews to bring up Kent State. He seems way more at ease with JBL there. It’s so nice not hearing Michael Cole. Commercial break. Kane has the control at the break. Ziggler keeps the pace moving to gain control. JBL lies by saying that Ziggler leads KSU in wins. His record is now in third place. Yes, I pay some attention to our wrestling program which is pretty good. Ziggler gets DQed when he uses the brief case. They have a great segment with Kane & Daniel Bryan assaulting Matt Striker. Shouldn’t Josh have been a bit more sympathetic to Striker since he was just assaulted by Kane recently? Ricardo continues his roll tonight by taking out Hornswoggle’s Randy Orton doll.

Since the Miz is in the announce booth, we get Raw replay of him with Larry King. FF time. They try to get me to watch Main Event by booking Miz vs Kofi Kingston for it next week. The Big Show is taking on Kofi. I just don’t get it. Kofi needs some build up for his match with the Miz. Instead, he eats a WMD. He should lose that match. The Miz comes into the ring and talks down to him.

I listened to all of the Touts. Yikes. ADR & Ricardo are hiding from a shadow which turns out to be Daniel Bryan. He informs Del Rio that they have a match tonight. Eve found a blonde wig in Teddy Long‘s room. If there was ever a give away that she’s behind it, that was the over board moment. Booker T is a moron from here forward.

Sin Cara is wrestling Damien Sandown who brought Cody Rhodes with him. Rey Mysterio is curiously abscent. Sin Cara takes out Rhodes which costs him later. The ref tosses Rhodes. Sandow gets distracted. Sin Cara gets the pin.

I buzz thru the entrances for ADR and Daniel Bryan for the main event. Lots of kicking in this match. Lots of “Yes” from the crowd too. Del Rio gets Bryan to air ball on a apron jump then rams him into the barracade. Perfect commercial time.  Bryan slaps on the No Lock. Ricardo causes a temporary distraction. Del Rio breaks with the ropes. Cross arm breaker in the ropes. Then Bryan gets tossed into the ring post. Del Rio applies the cross arm breaker for the win. You have got to be kidding me. Why is this guy getting another chance? Del Rio says that Randy Orton isn’t showing up tonight. Just when they sell Orton not being there, he shows up. Orton beats the tar out of him. Ricardo saves his bacon and takes an RKO on the announce table. So, is he getting suspended for the rest of his filming? -Kevin