You are here: Home › Kevin's Blog › ROH News › TV Recaps › Ring Of Honor Is The Worst 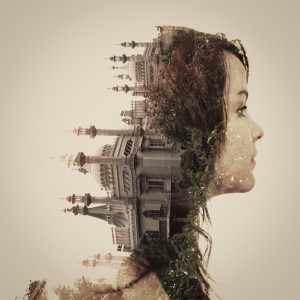 From an article 11 Mind Numbing Double Exposure Pictures on Bitrebels.com

This column is going to write itself. Ring of Honor has been on a small roll recently. I had even mentioned that they were the second best wrestling organization when they crowned Michael Elgin their new champion. That article is currently in the internet ether or I’d link to it. Unfortunately, due to ROH’s taping schedule they are trying to undo everything.

Michael Elgin was crowned ROH World Champion at Best In The World when he beat Adam Cole. That was on June 22nd. The following weekend on June 28th, ROH aired a special highlighting Elgin’s path to the Title. I thought to myself “Okay, I can understand that they didn’t have a taping after the PPV, they’ll be back next week like normal.” I was wrong. July 5th comes rolling along and ROH decides to air a “Road Rage” edition of the show from their PPV “War of the Worlds.” I end up justifying that choice to by thinking “It is the weekend of July 4th so they probably don’t think it’s worth airing new material for the fear that people won’t watch it.” The problem with that line of logic is that DVRs are common now. Despite the fact that I was indeed out of town and unable to watch it, their show was on my DVR when I got back just like Smackdown was which actually aired on the 4th. This past weekend, July 12th comes rolling along and I just know they’re ready to start airing the “Elgin Era.” Except that they decided to show more highlights “War of the Worlds.” While I did thoroughly enjoy the match up of the Young Bucks (Matt & Nick Jackson) vs reDRagon (Bobby Fish & Kyle O’Reilly) for the ROH World Tag Team Titles, it can’t cover up the fact that they haven’t gotten their new champion ROH World Champion Michael Elgin on TV until a month after he won it. For all of the problems TNA has these days, they haven’t pulled off a stunt this dumb since they gave Eric Young their World Title. Congratualtions ROH, you’ve re-established yourself as the worst wrestling organization in the US. – Kevin