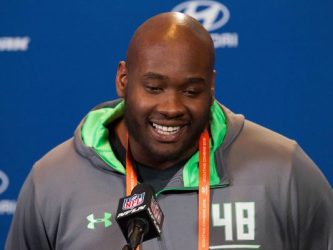 Ken & Kevin couldn’t resist recording during the first round of the NFL Draft for the third consecutive year. They had already planned out some topics so it was nice of Laremy Tunsil to lead us in that direction. Why exactly does one record oneself smoking “some substance” at all? How many millions of dollars did this cost him? How exactly did his gas mask work? If his Twitter was indeed hacked, why would you even allow someone to keep that moment recorded? Did it have anything to do with his step father? Even if Tunsil wasn’t using his brains, scientists are trying to find new ways to activate your brain including LSD. How long has LSD been outlawed? How bummed out were the people in the experiment when they got the placebo? Could mushrooms help in a similar manner? Will experiments like this one shape future interventions for people with depression and other brain imbalances? Another group of scientists from Johns Hopkins University and The Lancet are pushing to decriminalize drugs off all types. Where do they draw the line on which drugs to decriminalize? How soon will medical marijuana be legalized in Ohio? Is Big Marijuana turning off people who want the drug legalized? Doesn’t talk about munchies go along with drug talk? Well, McDonald’s is now offering All You Can Eat French Fries in some locations. Is Colorado one of the test markets? What new initiative is being tested right here in Central Ohio? What defines a Fast Food restaurant? Why do Kevin and his coworkers argue about this kind of topic? Ken & Kevin of course end by talking about the Bell Time Beers of the week so click on the link below and enjoy the hazy podcast!