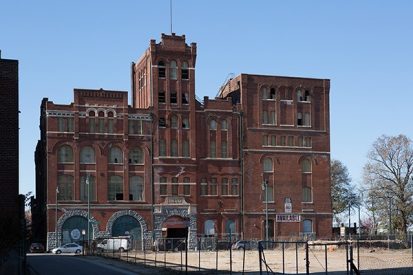 The WWE starts us off with Roman Reigns who is still a bit steamed at Rusev. But before he can get started Stephanie McMahon comes out. She invokes Mick Foley‘s name like they were in agreement but his music hits indicating it might not be. I will be missing most of Backlash. They do agree however. Reigns is amused that Foley thinks he shouldn’t be booed by the fans. Foley really sucks up to Steph which leads me back to them having some type of discord because he was way over the top about her transparency. Kevin Owens is mad that he beat Reigns twice in the last week. Stephanie tepidly enforces Foley’s decision. Foley adds the stipulation that it will be in a steel cage, which won’t keep out interlopers. Seth Rollins saunters to the ring and has show downs with both Owens and Reigns. That segment felt better than most openers. I’m going to say cutting out three minutes of normal fat helped since it was only twelve minutes.

Stephanie is mad at Foley for making it a steel cage match. A mad Rusev interrupts the conversation. He insults Foley who doesn’t really bite. He just tells Rusev to get to his matches. The first big move of the match is Rusev slamming Rollins into the ring post on the outside. He maintains further control by tossing Rollins off the top rope. Rollins finally turns things around. Cementing the change of momentum with a Sling Blade. Rollins gets two from a Falcon Arrow. Rusev gets his own two count after a high kick. Rollins connects with a suicide dive. They end up fighting up the ramp. They get counted out. Rusev goes to toss Rollins onto the announce table. Rollins wiggles out and knees Rusev to the back off the stage. Rollins climbs onto the desk and connects with a cross body. Rollins then walks off.

Foley now has to contend with Dana Brooke & Charlotte. Brooke gives Foley the idea to pit Charlotte against Bayley & Sasha Banks on Sunday.

The Kevin Owens and Chris Jericho segments continue to shine. Jericho is going to make a list for Foley of everything he has done wrong. Foley is going to get “It.” Ha.

Braun Strowman is taking on Sin Cara because we don’t have anything better for either men. I wonder why men this dominant don’t ask for Title matches more quickly. This one is more of a squash match for Strowman than the first.

Sasha Banks had Bayley pinned last week. They have some friendly banter but nothing special about the interaction. Charlotte has Dana Brooke start the match against Banks. Bayley gets the tag in and gets to take out Charlotte. A comedy skit leads to the break. Charlotte is working over Bayley. Charlotte gets cocky. Bayley turns it around. She drags Charlotte to the corner and tags in Banks. Charlotte kicks Banks in the gut. That leads Charlotte to working over her back. Banks sends Charlotte flying with head scissors. Charlotte cuts off the tag attempt. Hot tag to Bayley. She dishes out clothes lines like no one’s business. Bayley connects with the second rope reverse elbow. Brooke distracts Bayley. Charlotte connects with a big boot for the win. Corey Graves tries to sell Brooke as learning despite the earlier segment.

Seth Rollins wants some answers from Stephanie. Rollins wants to know why it happened. She denies knowledge of HHH’s decisions. Stephanie tells him that maybe Owens was right about Rollins losing streak. Rollins says he’s going to be her worst nightmare. Stephanie gets mad at the threat. Rollins walks off saying that she’s been cracking since Shane’s return.

Bo Dallas gets to squash Gary Graham. Dallas goes all Raven on us before the match. Roll of the Dice for the Dallas win.

Cesaro comes out for match 6. Sheamus is up second. I’m sure there’s no coincidence between match 6 and Sunday being Raw’s Backlash and a possible match 7. These guys are acting like they’ve wrestled all five of the previous matches earlier today with how gingerly they move. Vince Carter gets a rude greeting form Sheamus after a running European Uppercut by Cesaro. Sheamus connects with White Noise on the apron. Cesaro kicks out. Cesaro gets away from a Brogue Kick, reverses but still ends up getting an Irish Curse Back Breaker. Sheamus gets caught using the ropes for a pin fall. Sheamus counters out of the Neutralizer. Sheamus misses another Brogue Kick. Uppercut to Sheamus as he sling shots in. Gotch Neutralizer to even the series at 3 a piece.

Mick Foley reminds Chris Jericho that he recommended him to Paul Heyman in ECW. Jericho adds to the list and then tells us it will be revealed later. Before he gets too far into his list, Enzo Amore & Big Cass come out. Enzo makes fun of Jericho’s ward robe which requires some fortitude. The Shining Stars come out and offer a vacation to Enzo & Cass. New Day comes out to really crowd the ring. They’re going to remain Tag Team Champions after Backlash. Luke Gallows & Karl Anderson are pissed at everyone. They all gets put on an “Idiot list.” Sami Zayn finally comes out and attacks Jericho. It devolves into a giant brawl.

They had a match between all of these gentlemen. Describing this as a match is being generous. It felt like they just set up spots for everyone to shine as much as possible. Enzo connects with the Boom Shocka Locka for the win on Jericho.

The WWE has done a decent job of profiling the Cruiser Weights. Mick Foley fumbles with the Size of the Dog, Size of the Fight in the Dog analogy. Rich Swann comes out. Gran Metalik gets an inset promo in Spanish so I didn’t understand it. Cedric Alexander gets an inset promo too. I can’t believe ROH dropped the ball on him. He was so obviously a star. Brian Kendrick is back. He recites when he got “Future enddeavored.” Foley makes a Fatal Four Way for a match against TJ Perkins at Backlash for the Cruiser Weight Title. Trying to describe the action would be futile. They are doing so much and the WWE gave them time to let it space out some. They have done a good job of featuring their personalities and even styles. The crowd was slow to get into it but the cruiser weights finally caught on. If they keep up character development, all will be well. The match gets less spot-festy and more story line. They start throwing out finishing moves. Brian Kendrick wins with the Captain’s Hook tap out.

Roman Reigns takes control early in the match. Kevin Owens turns the tide. Reigns turns the tide by crotching Owens on the ropes. I lose track of typing when I post on Twitter. Reigns connects with a Superman Punch as Owens goes for a Pop Up Power Bomb. Owens connects with the Pop Up Power Bomb shortly after. Reigns kicks out at two. Reigns snags Owens’ leg as he tries to exit the cage. It cracks me up that almost every time Owens talks trash, it back fires on him. Reigns climbs out of the cage as Owens goes for the door. Reigns hits first for the win. Rusev comes down and attacks. Owens drop kicks the cage door into Reigns face. The heels double team against Reigns. Rusev locks the cage from the inside. Seth Rollins comes out to make the save. Rollins ends up diving onto Owens & Rusev from the top of the cage. Interesting to have Rollins & Reigns on the same side. – Kevin DiFrango