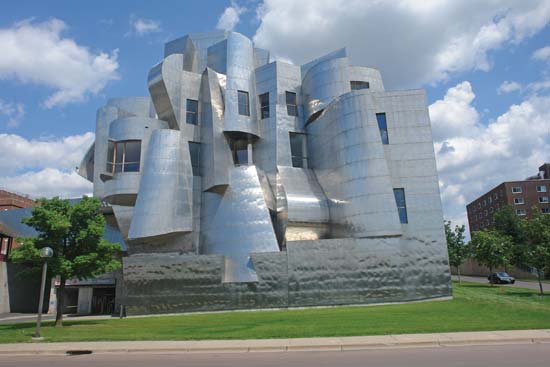 The WWE starts us off Chris Jericho and his very sad face. He tells us that the triple threat match between himself, Kevin Owens and Seth Rollins won’t happen tonight. He can’t continue because someone stole the List of Jericho. He’s not leaving the ring until he gets the List back. Kevin Owens answers. He didn’t take it but he wants Jericho to focus on the match tonight. Stephanie McMahon is out in quite an interesting dress. She tries to calm down Jericho but fails. Seth Rollins comes out with The List. He tells us that Stephanie is on the list and “Is a stupid idiot.” Owens calls out Rollins for his mind games. Rollins responds by saying that Owens is the latest name on the List. Jericho demands the List back again. Rollins complies then insults Owens by reciting his own list of grievances. Rollins tells Jericho to come and get The List.

Rollins continues the mind games back stage when confronted by Stephanie. He still thinks she’s in cahoots with HHH to keep him down. Stephanie looks bewildered. She hasn’t given Rollins a reason to believe her other than her word so she shouldn’t.

Enzo Amore starts his usual schtick when Luke Gallows & Karl Anderson cut the mics. I get a kick out of Gallows shutting down the sing a long fun then throwing out his own catch phrase which he wants people to use. Being Mean and Making Green. They paid someone in the back to shut off his mic. Enzo & Big Cass do their schtick anyway with the crowd being plenty loud. Enzo and Anderson are the ones in the match. A Gallows distraction gets Anderson the edge leading into the break. Anderson kicks Enzo in the head. Enzo kicks out of a Sick Kick at two. Enzo kicks Anderson down. The ref stops Enzo from charging Anderson. He drops Enzo into the turn buckles. Big Cass distracts Anderson then points out Gallows is also on the apron. Big Cass boots Anderson. Enzo covers him for the win. So Gallows & Anderson are completely dead in the water if they don’t win Sunday, right?

Rusev has trouble sleeping at night but not last night. He’s ready to wrest the US Title from Roman Reigns. The Cell is only as dangerous as your opponent. He’s not afraid of Reigns. He’s going to leave Reigsn “Crushed” at HIAC.

New Day come down and compliment Cesaro for his abilities. They start to “Shame” Sheamus. It would be really strange of Cesaro/Sheamus to win the Tag Team Championships. Kofi Kingston & Big E are taking on the European duo. They finally start to work together and beat down Kingston. Big E gets a hot tag when Cesaro runs himself into a post after Kofi dodges. Big E keeps rolling until he gets stopped when Sheamus hangs him on the ropes. He follows with a power slam. Kofi & Cesaro get in again. Cesaro turns a DDT attempt into a suplex. Kofi halts a series of European Uppercut with an SOS. Chaos ensues but ends with Cesaro & Sheamus on the outside. Kofi gets vaulted to the outside but Cesaro turns it into an Uppercut. Sheamus Brogue Kicks Big E for the win. That’s the way to sell the match on Sunday.

My wife continues to love watching “Jeri” at work. He made The Shining Stars, Titus O’Neil and Jinder Mahal seem interesting for a moment. Impressive work.

Dana Brooke wanted a rematch with Bayley because many people called her win an upset. Brooke reveals that the rematch was an arm wrestling match. Bayley should have the leverage advantage. She’s pretty tall. “This is stupid” and I agree with the crowd for a change. Brooke wins easily. Brooke offers her left arm next. Bayley starts to win the struggle when Brooke punches her. Bayley wins the ensuing struggle.

Chris Jericho runs into Stephanie again. He stands firm about not wrestling if he doesn’t get The List. Stephanie tells him if he does that, he’ll be suspended.

Curtis Axel is mad at Bo Dallas. He gives a speech about his roots being in Minneapolis. I thought I heard Indianapolis earlier. My ears need swork. They had a match afterwards. Axel got some of the crowd behind him but it was all for naught. Roll of the Dice for the Dallas win. Show of hands who caught that reading the column the first time? None, great.

Rich Swann is all about the entertainment.

Jericho gets told the List is around the corner. Braun Strowman has it. Jericho asks for the list. Strowman wants a please. Jericho gives it to him. Strowman is mad that Sami Zayn isn’t on The List. After he walks away, Jericho tells him Zayn is on Page 4.

Roman Reigns tells Rusev about his past experiences in HIAC. Reigns points out that he has won in HIAC. Reigns takes the US Championship very personally. Good idea to get both of those guys out of the ring for their promos. Rusev is entertaining but doesn’t always have the best mic skills in getting a message over.

The Golden Truth comes out. The Shining Stars come out with Titus O’Neil. I missed that Mark Henry was with GT. I just can’t bear to care about this match. Titus interferes but it back fires after Henry confronts him. Golden Truth with the win. I type that for posterity’s sake.

Mick Foley introduces Charlotte Flair. I’ve found it interesting that they’re using her last name more now. Sasha Banks comes out second as Women’s Champion. Foley doesn’t think they know what they’re getting into. Both of them say they know exactly what they’re getting into. Charlotte bitches it up quite nicely. Sasha comes back with her own brand of confidence. Foley tells them that they’re looking at their future if they go through with this match. Charlotte signs the contract and tells Sasha that she’ll see her in Boston. Sasha signs and tells Charlotte that she’ll see her in Hell.

TJ Perkins joins the announce crew. Brian Kendrick comes down first so that everyone can talk about him more. Rich Swann hits the ring and dominates the early part of the match. Swann head scissors Kendrick off the top rope fro a two count. Swann power bombs then bridges into a pin. Kendrick kicked out again. Kendrick goes for the Captain’s Hook. Swann reverses for the win. They are playing up this being Kendrick’s last chance. I’m thinking he’s breaking through on Sunday.

Kevin Owens is with Tom Phillips. Everything is going to be peachy with Jericho tonight. Owens isn’t worried about the HIAC match. He’s been looking forward to being a part of history. He says that is the reason Sasha & Charlotte jumped at being a part of it. He’s going to hell on Sunday with Rollins and Owens is the only one coming back.

Braun Strowman and Sami Zayn are ready to have a match. Strowman grabs the mic and tells Foley that he still doesn’t see competition. Zayn uses his speed until he’s caught on a cross body. Strowman walks out.

TJ Perkins & Brian Kendrick have an awkward back stage segment where in Kendrick requests Perkins to lay down at HIAC. Perkins walks out on him.

Paul Heyman and Brock Lesnar come out and let the crowd do all of the work be chanting for both Goldberg  and Lesnar. Because the crowd wants to entertain themselves, they walk out. Pretty damn funny segment.

Seth Rollins tries to figure out how to combat both Kevin Owens & Chris Jericho at the same time. He doesn’t do it well to start. He gains some control after a brawl outside. Rollins keeps Owens down so that he can work over Jericho. Owens turns things around by attacking the ribs. Rollins has flurries of come backs but they kept getting the upper hand. Rollins turns a bad situation on the ropes into a double power bomb which wins him the match. Jericho & Owens beat down Rollins after the match. Security gets Owens & Jericho to leave. Rollins recovers and attacks Owens. Rollins gets the brunt of the battle when Owens power bombs him on the apron. I didn’t see that coming. – Kevin DiFrango