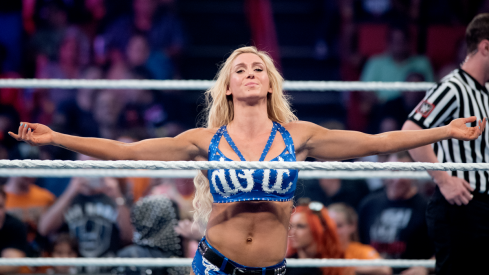 Chris & Kevin start the show off by talking about the number of quality wrestling shows that were put on by the WWE in the past several days. Did both of them get a chance to soak up NXT Takeover: Toronto? How about Survivor Series? Who all from the Stunt Granny crew is going to be watching the product in attendance? Will Jeremy enjoy the match up between Charlotte and Sasha Banks this coming Monday? Is it possible Kevin will be in attendance when New Day breaks Demolition’s tag team title reign length? Will Chris get to watch what many call the “A” show now? The guys circle back to Charlotte, Sasha and the missing Bayley from the Raw Women’s Title picture. They also talk about Becky Lynch and Alexa Bliss over on Smackdown and their simmering feud. Has it helped Smackdown to have so much time into between their own brand PPVs? Is it interesting that the WWE gave Raw Hell In A Cell while Smackdown got TLC? Will the non-gimmick PPVs be viewed as less important? The biggest talking point coming out of Survivor Series was obviously the continued employment of Bill Goldberg. Much like Brock Lesnar, doesn’t he help the WWE immensely even as a part timer? Because Goldber will possibly be going for one of the titles, Chris & Kevin move on to talking about the Championship picture of Raw with Roman Reigns & Kevin Owens. How much would it piss people off if Reigns had both belts at the same time? Does Raw really have any other options since Owens had feuded with most of the other top guys already? Smackdown had Dean Ambrose and AJ Styles on the back burner but the heat is getting turned back up on it. The guys talk about a few of the other minor feuds so go ahead and click on the link to find out what they are!