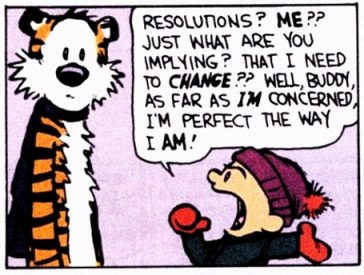 All rights to Bill Watterson. Saved from thecatholiccatalogue.com

Chris & Kevin are back and they’re finding out whether Raw’s New Year’s Resolution is to be better than Smackdown this week. The guys start by comparing the main events between the two shows. How much clearer was the story line for Dean Ambrose (and Renee Young) against The Miz (and Maryse) over the Intercontinental Title than the Universal Championship picture on Raw that could involve Brock Lesnar, Goldberg, Braun Strowman, Chris Jericho and Roman Reigns? Which one of those gentlemen is taking on Kevin Owens at the Royal Rumble again? Why has the US Title gone down hill while the IC Championship continues to be in the spot light? Chris & Kevin continue comparing the championship pictures by talking about the women of both brands. Will they ever get around to featuring Bayley‘s personality on Raw? Does that doom her feud with Charlotte for the Raw Women’s Title? Is it refreshing that Raw will have a second women’s feud between Sasha Banks and Nia Jax? Who is under the additional La Luchadora mask on Smackdown? Could Mickie James be working with Alexa Bliss? Or will it be someone from NXT? How hard is it to wrestle not using your move set? How delightful is the war of words between Nikki Bella and Natalya? Chris & Kevin finally get around to talking about AJ Styles and John Cena trading even bigger barbs on Smackdown Live. How well is this dynamic working for both men? Isn’t the WWE Championship much clearer? What else do Chris & Kevin get around to talking about? Click on the link to find out.