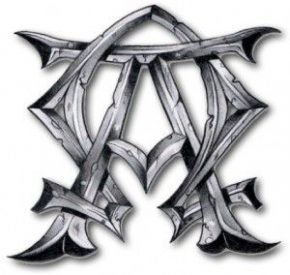 Alpha & Omega from deekdubberly.com by way of pinterest.com

Chris & Kevin are back for another week of talking about professional wrestling. They start by talking about Wrestle Kingdom 11, specifically Kenny Omega challenging Kazuchika Okada for the IWGP Heavyweight Championship. Which one of your hosts went into the match not knowing the hype and which on did? Did they agree with everyone who praised this match? How much context did they miss not seeing the build up to this match? Will Omega make the jump to the WWE since his contract is up at the end of January? Could he make a similar transition as that of AJ Styles? Will he stick with NJPW who is trying to make inroads in the US this year? Speaking of AJ Styles, isn’t better that he’s just facing John Cena? Can Baron Corbin still be built up after taking the loss to Cena? Will Corbin be able to make a dent in the Royal Rumble considering the star power in the match? Will Kevin Owens be holding onto the Universal Championship by the time Wrestlemania rolls around? Will AJ Styles still be the WWE Champion? Will it be interesting that the winner of the Rumble can take on either champion? Is it okay that The Undertaker floats between both brands? Are Stephanie McMahon and Mick Foley helping to drag down Raw? How many times was Daniel Bryan on camera during Smackdown Live in comparison? Does Kevin finally remember to talk about the Bell Time Beer of the show? Find out the answers to these questions and more when you click on the link below.