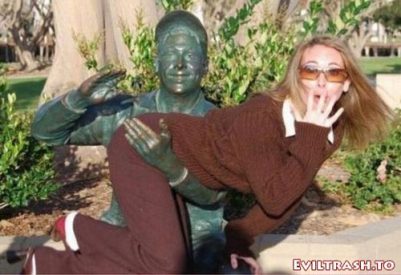 Saved from eviltrash.to if you can’t read the gigantic wordmark that will be larger than this print.

Jeremy & Kevin are going old school on this show and talking about one bad mother (shut your mouth.) So they actually talk about people complaining about obvious penalties which somehow tied into Kevin not watching the UK Tournament this past weekend. Jeremy managed to avoid spoilers until Monday Night Raw but what did he still think about it after viewing? Is Michael Cole going to have be known again as Mitchell Cool? Speaking of Raw, just how terrible was the segment with Charlotte and Bayley? Does their issue have similar problems with the Cruiser Weight Division? Isn’t the battle between Cedric Alexander and Noam Dar more about Alicia Fox than either of them? Why is it that it isn’t cool to come out to retro video game characters like TJ Perkins but it’s okay to try and sell Booty O’s, unicorn horns and other child wares? Why did Karl Anderson & Luke Gallows get screwed like they were baby faces in their match against Cesaro & Sheamus? Why were Cesaro & Sheamus buddy buddy this week after having bickered the last few weeks? One positive of Raw was the main event. Why is it that Braun Strowman is getting accepted into the main event with few people complaining? Can he still move better than six pack ab Big Show? Will HHH enter the Royal Rumble to screw Seth Rollins again? Will HHH get cheered when he goes up against Seth Rollins? Does it matter which crowd he is in front of when this match takes place? Jeremy & Kevin move along to Smackdown Live and wonder why the Mickie James reveal didn’t get more of a pop? Did she get lost to all but hardcore fans in her absence from WWE TV? How long did it take James Storm to “accidentally” bump her in front of a train? Did Smackdown Live have to be great to beat Raw this week in quality? What other crazy wrestling stuff gets talked about during this show? Find out by clicking the link below.