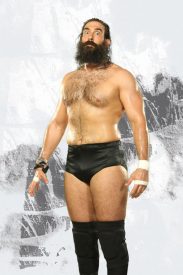 Saved from reddit.com – cage-arena.com for the credit.

Chris, Jeremy & Kevin join forces in this episode to talk about Luke Harper. Is it possible that he ends up in a triple threat with Randy Orton & Bray Wyatt at Wrestlemania after the crowd reaction this week? How strange does Harper look in regular tights? What else is happening on Smackdown Live? How great is it to hear the ladies of SD Live be bitchy without only talking about looks? Will Elimination Chamber be the first ever WWE PPV with three women’s matches on the card? For all that is well written on SD Live, isn’t Dolph Ziggler still getting the short end of the stick even as a heel? Does anyone care though? Why exactly was Breezango teamed with the faces during the mixed tag match? Why is the tag team division so thin despite having this many teams? The guys move along to Raw and Jeremy’s other man crush, Braun Strowman. Why is it that so many heels are being booked strong and getting the crowd behind them? Is there much more to say about Samoa Joe that hasn’t been said over his long career? Is there any chance that Kevin Owens retains the Universal Championship against Goldberg at Fastlane? Are Owens and Chris Jericho too good together to break up for a match at Wrestlemania? Was it expected that the tag team division on Raw would be in a lull period after New Day lost the Championships? Neville is ruling the Cruiser Weight division now but has it helped out their status in the WWE? Will Akira Tozawa help bring the division the recognition? What else do Chris, Jeremy & Kevin talk about? Find out by clicking on the link.