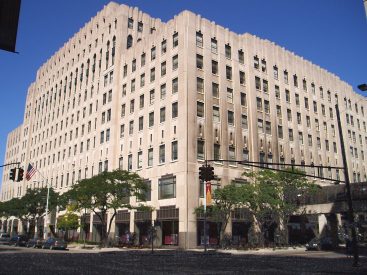 The WWE gives us wrap up of Goldberg becoming Universal Champion and Brock Lesnar challenging him at Wrestlemania. Paul Heyman and Brock are the first to hit the ring. Heyman does a good job of noting Lesnar finally getting the upper hand on Goldberg and hinting at them having changed plans but not divulging them. Solid stuff and thankfully moving along. The point doesn’t need to be belabored.

Mick Foley and Stephanie McMahon have a chat. Steph says that he can’t be offended by her insults. She wants to teach him lessons. She wants him to pick who he would fire at the end of the night. She wants people to be more competitive. Foley has a forlorn look after Steph looks. Don’t worry, they’ll land on Smackdown. It’s all good.

Sasha Banks has a match with Dana Brooke. The match is more back drop for Charlotte and Dana Brooke splitting up. Banks wins quickly with a roll up. Charlotte starts to dress her down. When she takes a breath, Brooke attacks. Brooke hadn’t been treated poorly recently (mostly due to Brooke’s absence for body building) so the timing is odd. It’ll also be interesting to see how Brooke fairs as a baby face since she’s been a heel on both rosters.

Eric LeGrand is the latest Warrior Award Winner. That is quite a story.

TJ Perkins & Akira Tozawa are taking on Brian Kendrick & Tony Nese. Byron Saxton‘s character is just awful. If it’s him turned up to 11, he needs to go to like a 6 to be tolerable. Good guys up early. Tozawa takes the beating for them later. Kendrick prevents a hot tag by pulling Perkins down from the apron. Tozawa takes out Kendrick on a reversal from Nese. Tozawa gets to Perkins finally. Perkins flies all over the ring. Tozawa takes out Kendrick. Perkins enjoys the moment. Nese rolls him up with a hand full of tights for the win. Not exactly the win Nese needed.

Karl Anderson &   aren’t worried about other teams. They are pissed that the spot light for the tag team division isn’t on them. They’re going to take it. I like the content but they don’t choose if they’re on TV. They should be on more talking. I wish the “nerds” thing would be dropped but that isn’t happening.

Kevin Owens gets his spot light again. That new Owens shirt is pretty slick. He outsmarted Chris Jericho. He’s going to take away Jericho’s Title, just like Jericho took away his. I love the Goldberg crutch. Samoa Joe comes out next.

Their match with Sami Zayn & Chris Jericho starts after the break. Joe lights up Jericho early on. Zayn gets to use his quickness to wobble Joe but his size & strength gets the upper hand. Zayn connects with a Tope Con Hilo. That’s the last offense for the faces. Owens gets the heels DQed by attacking Zayn while Joe is legal. They maintain the upper hand ending the beat down with a Pop Up power Bomb of Jericho.

Foley & Stephanie are still talking about who to fire. Nia Jax wants to be in the match at Wrestlemania. Steph finally doesn’t big foot a woman.

Jinder Mahal is concerned about his employment. Foley makes him concerned for his well being by making a match with Roman Reigns.

New Day are back stage and they have a new talk show, New Day Talks. They introduce Big Show. They ask questions but don’t allow him to answer. When he finally gets to talk, Titus O’Neil comes in concerned about his job. He ends up shoving Show in frustration.

The people still love Enzo Amore & Big Cass‘s introduction. I don’t pay attention to Enzo and grow quite confused by Cass’s analogy about them being a bracket buster. You’ve been near the top of the tag team division since you debuted. It’s a number one contender’s match. There aren’t any brackets. Cesaro & Sheamus come out. Everyone reading a column about Raw will be shocked to know that Enzo is selling for his team. I like the fake out, foot grab almost tag. It looked way more believable than 90% of those situations. Big Cass comes in and cleans Cesaro’s clock. Sheamus gets in a hidden tag and takes over on Cass. Sheamus gets booted off the apron and Cass topples over. Gallows & Anderson attack to cause a DQ. I’m not surprised it will be a three team match at WM. They wipe out both sets of baby faces. Good segment for them. Foley gives out that match after the commercials.

Jinder Mahal is flexing in the ring. Roman Reigns gets an introduction. The only thing that saves Mahal from a squash match is the lights going out and a gong sounding. A pair of Superman Punches puts Mahal down. Reigns isn’t playign tonight so he wants The Undertaker to come out like a man. We’ll have to wait though. Shawn Michaels will have to do. Michaels says that Taker is already in Reigns head because of the Gong. I don’t recall a gong going off during any of Taker’s recent matches. Reigns just being a dick after HBK’s friendly advice, telling Michaels that he’ll be the one to retire The Undertaker. Braun Strowman bull dozes Reigns who was distracted with Michaels. The visual was awesome of Reigns tumbling off the ramp.

Stephanie & Foley have another segment about the firing. She gives him a one hour time limit.

We get a review of Austin Aries belting Neville last week. They feature far more Aries than Neville since he is debuting next. He is taking on Ariya Daivari. A clothes line gets the momentum into Daivari’s corner. The rest of the match was an arsenal of moves from Aries. Roaring Elbow for the win.

The Big Show is taking on Titus O’Neil. No special attraction match for Big Show even though he got into fantastic shape. He may get to win the Andre The Giant Battle Royal. The sadistic fans of Detroit want a third choke slam. They get it and Show gets the win.

Sasha Banks to me intentionally starts planting seeds of doubt in Bayley‘s mind back stage. Just concentrate on tonight against Nia Jax.

Chris Jericho is sulking back stage. He wants to expose Kevin Owens. The real KO. His guest next week on the Highlight Reel will be the real KO. The other “Tom Phillips” gets put on the list.

Bayley comes out. Nia Jax hits the ring second. Nia has the upper hand but Bayley is hanging tough. Bayley’s best offense is avoiding a charging Jax. One would think Jax would stop using that move. She connects later though. Jax gets DQed attacking Bayley in the corner. Jax tosses Bayley into the barricade. I figured a win would suffice.

Easily one reason I hate Raw, Stephanie McMahon is in the ring for the main event. So is Mick Foley which is added to the reasons to hate Raw. His answer is Stephanie. The crowd erupts with Yes chants. He reminds her that she was in cahoots with her husband which she vehemntly denied. HHH is now in the ring. He is not helping my attitude either. HHH threatens Foley’s children’s jobs. HHH tells Foley to obey Steph’s every word. Foley is instructed to tuck tail and leave. He pauses at the corner of the ring. Stephanie runs down Foley some more. HHH barks at Foley. He approaches Foley and gets a Mandible Claw. Stephanie gives Foley a nut shot. Just as HHH closes in, Seth Rollins music hits. He comes down to the ring with a crutch. He drops it when he gets to the ring. Him & HHH brawl with Rollins getting the upper hand. HHH gains control by using Rollins’s crutch against him. HHH then works over the knee. Hey, we got some hype for this match. Too bad we had to sit thru the rest of that segment. – Kevin DiFrango