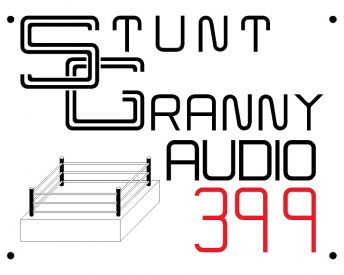 Chris & Kevin are back together they talk about Chris and his frequent visits to Raw recently. Was the crowd better in Green Bay or Detroit? How was it seeing Brock Lesnar do a drive by appearance this week? When did his appearances start to take on a special feel? They guys move along to the main event angle between Mick Foley, Stephanie McMahon, HHH and the returning Seth Rollins. How is it that some sites are reporting that Rollins may not still be at Wrestlemania after that showing? Did the WWE finally get the crowd against HHH? Were the endless amount of segments of Stephanie & Foley worth it with the reaction her “firing” got? Will Foley get himself fired since he gave the Mandible Claw to HHH? How long will Foley be gone because of his hip surgery? How much heat is Roman Reigns getting these days? Is he finally going to go full blow heel since he’s taking on The Undertaker? Have everyone’s fears been calmed about the WWE misusing Braun Strowman since he got to run over Reigns? Will he get his win back next week with some help from Taker? How much of a mess is the women’s division on Raw these days? Is Nia Jax now going to get into the Championship match at WM? Does Bayley‘s character need to start moving in another direction? Is Sasha Banks getting ready to stab Bayley in the back? Wouldn’t parents want their children to be like Charlotte, athletically gifted and a good student? The tag team division is no better with Luke Gallows & Karl Anderson now taking on both Cesaro & Sheamus and Enzo Amore & Big Cass. Smackdown Live was almost a complete mess except for the Shane McMahon/AJ Styles angle so why did the WWE forget that they don’t get over run on that show? Chris & Kevin end by talking about this past week’s ROH showing, their use of the Broken Matt Hardy & Brother Nero and of course Reby Sky wanting everyone to F*ck That Owl. Click on the link below and enjoy!