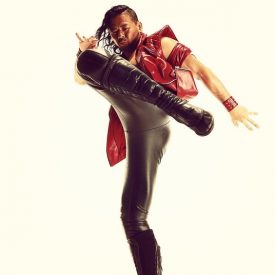 Chris, Jeremy & Kevin joined forces to talk about all of the happenings post-Wrestlemania. Was Shinsuke Nakamura the biggest addition? Do Matt & Jeff Hardy count as additions for Raw since they appeared at Wrestlemania? Why did Raw get The Revival since Smackdown’s tag team division is such a mess? Why has American Alpha gotten so little TV time? Why are the Usos on Talking Smack but not the main show? Is the amount of TV for Raw the reason Raw Talk isn’t as must see as Talking Smack? How many subscribers to the Network actually watch Talking Smack? Is AJ Styles a face now that he shook hands with Shane McMahon? Does it matter since the crowds were cheering him anyway? Speaking of crowds, did Smackdown finally feel like it was mostly a local crowd? How do you sneak a beach ball into a show? How dumb was the crowd on Raw to boo Roman Reigns so vociferously? Isn’t the best way to get someone off TV by not responding? Is it possible that new GM Kurt Angle drafts old TNA nemesis Styles to the Raw brand? Does Emma count as an addition for Raw? Is it possible that Charlotte gets relocated to Smackdown to help freshen up the women’s division on that brand? What is this “shake up” going to be exactly? Did Shane not get around to explaining it because even the WWE doesn’t have any idea what it’s doing? Do any of the hosts at Stunt Granny understand the love for Tye Dillinger? Why did Bray Wyatt have the lights go out only to have the returning Erick Rowan lose the match? Are we too late in Wyatt’s career to be counting on his potential? What other topics do these guys broach about wrestling post-Wrestlemania? Find out when you click the link below!