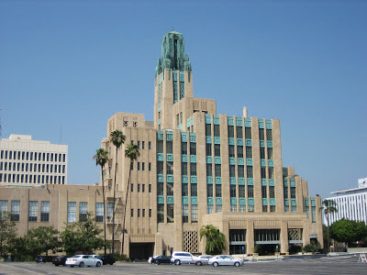 I’ve been debating changing the name of the column. Everyone seems to want to watch on time and we now really have the means to communicate that quickly. My smart ass wanted to make fun of the other “Live” reviews when no such thing happened when I named the column. I am also legitmately trying to catch up well before the end of the show these days because of Facebook/Twitter. Don’t worry, the review will still be half assed.

Roman Reigns is the first to hit the TV screen and he is greeting with more woman screaming than I’ve heard in a while. He’s cracking me up, shushing the crowd then telling them something they liked. Reigns accepts Strowman’s challenge after calling him a coward. An ambulance backs up near the stage interrupting Reigns. He inspects but no Strowman in the back of the ambulance. Braun Strowman attacks from behind. Reigns tries to make a comeback to no avail. Strowman then tosses Reigns into the ambulance wall. Strowman loads in Reigns and the ambulance drives off.

Josh Duhamel is on the head set because he is involved with the WWE, quite a bit, with their movies. He also has something coming out on USA. Tie-ins galore! The match in the ring is the Hardy Boyz & Finn Balor vs Cesaro, Sheamus & Elias Samson. They pay attention to the match after a break. Matt gets the hot tag and takes it to Samson. Sheamus gets in and takes over on Matt. Cesaro double teams a White Noise. Balor interrupts the count. He then gets the real hot tag and cleans house. Balor nails a flip dive onto Cesaro & Sheamus. Matt cuts off Sheamus. Jeff takes out Samson. Coup de Grace on Cesaro for the win.

I didn’t think we were getting more Goldust segments. Goldie talks a lot about shining. Tonight is the grand finale. We can only hope. Even though this is the best work he’s done in a while, I don’t think it’ll have legs beyond this match. Goldie comes to the ring with his own camera man. Goldie uses him as a shield and attacks R Truth. Booker T is JBL levels of drunk tonight. I guess it’s a no contest since Goldie beat the tar out of him?

Paul Heyman is backstage. Brock Lesnar is ready to call out Samoa Joe. Joe ends up sneaking up on Heyman. Joe said the Kokina Clutch is meant for Lesnar tonight, not Heyman. Joe sends off Heyman.

The Miz & Maryse are still on the rocks. The Miz gets to introduce Lavar & Lamelo Ball. Lavar introduces Lonzo. The Miz is doing well but wow, is this a train wreck. Lavar is ready to fight Miz when Dean Ambrose‘s music. He is showing their brand because of Great Balls of Fire. Alrighty then.

We come back to Ambrose teaming with Rhyno & Heath Slater against Miz, Curtis Axel & Bo Dallas. I’m a bit surprised Bo Dallas didn’t clean up a little to fit into the “Miztourage.” The Miz gets tossed onto the Miztourage to get us to a break. Slater is taking a beating after it. Holy cow, Booker T needs corrected again. Slater with a heel kick to create an opening. I was not expected a Rhyno hot tag. The Miz & Ambrose fight on the outside distracting everyone. Dallas clocks Rhyno. Axel rolls up Rhyno for the win.

We get a recap of the Enzo Amore and Big Cass breaking up. Enzo gets to come out next and do the spiel still. Enzo isn’t doing well. He needs to talk to Big Cass man to man in the ring. He obliges. Enzo admits that Big Cass was right about a lot of what he said. Enzo refuses to let Big Cass go until they win the Raw WWE Tag Team Championships. Big Cass claims he is sorry. They shake hands and hug. It looks like they’re actually back together. Weird. I was not expecting that. Ahh, there we go. Big Cass clothes lines Enzo on the stage. Well played. The live crowd seemed to want it to happen but I was good with the split. Cass then throws him down the ramp. Second rough bump of the night.

Big Cass confronts Corey Graves. He tells Graves to stay out of his business. Cass mentions Graves having dirt on GM Angle.

Curt Hawkins is taking on Seth Rollins. Hawkins predicts his victory after stating his obvious demise. Rainmaker Jumpoing Knee for the easy win. Bray Wyatt pops up on our screen. He’s not going to forgive Rollins as easily as the WWE audience has. It took him a long time to become a fan favorite Bray. Maybe you missed that being over on Smackdown. Of course there’s some god nonsense spouted.

Lince Dorado is taking on Neville. Akira Tozawa is at ring side dressed in a suit with sun glasses. I like the look. Dorado gets in a little bit of offense but Neville makes short work of him any way. Rings of Saturn for the tap out win. Tozawa confronts Neville. Titus O’Neil comes out and says that they have a match at Great Balls Of Fire (GBOF).

Paul Heyman delivers a third great segment tonight. He talks about how much fun he’s having with this build up. He mentions Joe can’t keep attacking Lesnar from behind. He even works GBOF into the closing. Maestro.

Alexa Bliss tries to get buddy buddy with Nia Jax. She even wishes her good luck. Jax isn’t buying what she’s selling though.

She ends up starting against Bayley. One of the favorites will get tossed first. Bayley tries to quick strike but Jax wins with her size. Bayley does turn things around. She drops a big elbow on the back of Jax’s head. Bayley gets knocked off the ropes. Samoan Drop for the win. Mickie James is next up. Mickie is putting more of a dent in Jax’s armor. She connects with a Mick Kick. Mickie goes for the DDT but gets tossed off. Jax runs over her. Jax pins her for another elimination. Dana Brooke is up next. Leg Drop for a squash. Emma is next up. Emma pulls Jax over the top rope. Emma attacks and gets a two count. Emma gets caught going for a cross body. Samoan Drop for the win. Sasha Banks is the last entrant. Sasha gets Jax outside. She gets caught going for a suicide dive. Banks slips out and shoves Jax into the post. Banks connects with the double knees to keep momentum. Jax takes over with, as you may have guessed, her power. Banks gets flattened with a clothes line but kicks out at two. Banks barely beats a ten count. Jax tosses Banks outside again and waits for the count out. Banks keeps getting in a move or two but Jax keeps taking over. Jax tosses her outside a third time. Banks gets a bear hug when she gets back in. Jax with a suplex slam. Banks rolls out of the way of a leg drop. Banks rams a knee into Jax’s jaw. Banks tries to lock in the Banks Statement. Jax tosses her off. Samoan Drop on Banks. She kicks Jax laying on the apron. Banks applies a standing camel clutch. Banks turns it into a Bank Statement. Jax taps out. That helps but the announcers spent all match saying how long Jax had been in there. Kurt Angle comes down and raises her hand. Alexa Bliss comes out. Banks drops kicks Bliss and raises the Championship. – Kevin DiFrango