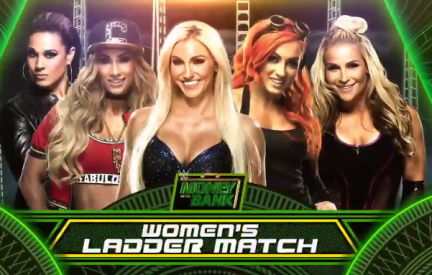 Chris & Kevin are back on the airwaves after Kevin’s trips to Guam and Beirut. Or did he actually get to have some tasty beers on Oahu? Will they make the cut for best travel beers of 2017? They move on to talking about the women of Smackdown Live and Raw taking center stage. Since they had just finished watching the MITB Match II, they start with SDL. If you’re just going to have Carmella win again, why was she stripped of the win in the first place? Was it appropriate that she won with under handed tactics again? Will she feud with Becky Lynch? Are we going to get more of Charlotte vs Natalya? Were the women of Raw actually center stage though even though they were the main event? Didn’t Paul Heyman, Brock Lesnar and Samoa Joe have more segments on the evening? How deep in a hole is Bayley now? Is it good that Sasha Banks is back on track? How good did Nia Jax look in her first extended match? Chris & Kevin bounce back to SDL to talk about the  infamous Punjabi Prison match. Didn’t Jinder Mahal render the Great Khali broke? So why would they be friends? Why were Batista and Khali the first ones in this match? Are Mahal & Randy Orton any better suited for this match? Is Kevin the only one who pays attention to the commercials on SDL when they have the match in the upper left corner? Is having the Usos win directly after that a way to get people to pay attention to the product and not the commercial? They move on to Raw to talk extensively about the Joe/Lesnar/Heyman segments. Is there a possibility that Joe wins at Great Balls of Fire? Will the Championship be around Braun Strowman‘s waist sooner rather than later? Will Roman Reigns win it at Summerslam instead of Wrestlemania? How long has it been since the Raw main event scene had this many possibilities? How awful were Josh Duhamel and Lavar Ball on Raw? Is there any chance their fans tuned in to pop the Raw rating? Chris & Kevin end by talking about the break up of Big Cass and Enzo Amore. Will it just end up hurting both of them in the long run? What didn’t hurt was the Bell Time Beer of the Week.