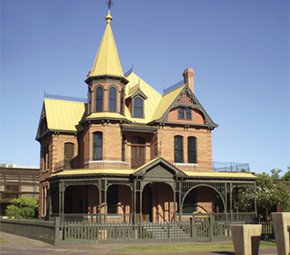 John Cena is the first man on the stage. He wants to take on everyone since he implies retirement or the WWE not renewing his contract. I don’t expect either any time soon. Rusev complains about not getting come back commercials. Everyone stays at home for the 4th of July. Hey Rusev, there are people in the arena. They can’t be at home. I mean, maybe they’re all homeless and the arena houses them? They’re going to have a flag match in the future.

Daniel Bryan talks to Dan Gable and AJ Styles. He puts them in a match to get into a battle royal to take on Kevin Owens. They gave Gable plenty of offense. Between that and the new themed tights, it makes me think he could be going single more quietly than Big Cass vs Enzo Amore. Styles wins with a Flying Forearm. Styles even shakes his hand after the match to confirm my suspicions.

Lana is taking on Naomi again. What did we do to deserve this? Tap Out victory for Naomi. Men are jealous that Lana got to tap out on Naomi’s ass. Tamina comes out and takes Lana away. Interesting.

Baron Corbin hits Shinsuke Nakamura in the back with the MITB briefcase. Nakamura fights back.

New Day vs The Usos rap battle continues in the vein of SDLive’s personality, both teams being a bunch of dicks with just the right dash of reality and a whole lot of great talkers. These two teams are the best of the era. The injuries really derailed the Usos for a few years when New Day took over.

Aiden English gets lippy with Randy Orton then whacks him with the mic. English then sings. English gets in offense but I FF thru the distracting commercials. Orton fires back and starts to dominate. Hanging DDT from the announce desk by Orton. Orton gets himself DQed beating the hell out of English. RKO back in the ring to let the crowd cheer. Jinder Mahal comes out to ruin the fun. He recites the same reasons for being disliked. Orton recycles his talking points too. Did you tow just watch the New Day vs Usos segment and go “Fuck it, we can’t come close to topping that. Let’s just reuse our old talking points and hope no one notices.”

Tye Dillinger is in fact still alive. He gets interviewed by a dress wearing Tyler Breeze. Fandango is dressed as a contractor in the back ground. Dillinger plays along with Tenee Young. Dillinger knows Breezango can work together but he sows the seed of them needing to fight.

Maria & Mike Kannelis still aren’t getting much screen time. Sami Zayn interrupts them for the 2nd straight week. I smell a first feud even though Zayn agrees with their message.

To no one’s surprise,  Sami Zayn, Tye Dillinger & AJ Styles are the final three in the battle royal. They were the only singles competitors to get talking segments during the show. Rawley, Ryder, Breeze & Fandango weren’t going to be a surprise. AJ Styles is the winner though because we actually haven’t had enough of this feud. Not actually sarcasm for a change. – Kevin DiFrango