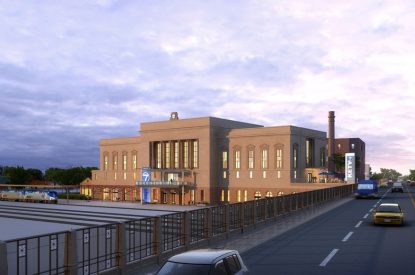 The normal WWE video package made that John Cena vs Roman Reigns seem less lop sided than the live version. It was still a strange exchange that had no build up. Jason Jordan is out to face him in the opening match.They compared this match to that of Cena vs Kurt Angle. The fact that Jordan has been around for a year plus hurts the comparison. Jordan had early control with mat wrestling. Cena took over with the usual fair. Jordan drop kicked Cena to break Cena’s momentum. Jordan doesn’t look comfortable throwing a punch and he had to exchange blows with Cena. Jordan gets out of an STF and puts Cena in a sort of cross face. Jordan with a pair of Northern Lights suplexes. Cena counters into an AA for the win. The match didn’t compare at least according to my memory. Roman Reigns comes out after the victory.

They broke for commercial to kill the momentum of this segment. Reigns is wondering why it took him so long to beat Jordan. Cena is going to answer all of his questions at No Mercy. Why is he putting the Miz over? Are the WWE writers trying to get Reigns booed? Why is the crowd agreeing with Cena? They were just saying Cena sucked. I’m lost. Cena asks if he needs to beat Reigns ass right now. Reigns doesn’t back down. Cena backs away. That’s why Reigns doesn’t respect Cena.

Sheamus & Cesaro made quick work of Heath Slater & Rhyno while Dean Ambrose & Seth Rollins were on the head set. This segment doesn’t deserve more of a write up.

Jeff & Matt Hardy are pumped up about the chance of Jeff winning the Intercontinental Championship. Matt continues to almost play the broken character but not really. The Miz comes out with Maryse, Bo Dallas & Curtis Axel. People still love Jeff. Amusing that the only championship Booker doesn’t mention for Jeff are his WWE Title runs. Don’t you lead off with that? Jeff fakes a dive to scatter The Miztourage. Dallas distracts the ref so that Axel can interfere. Matt attacks the The Miztourage. They all get tossed. I never thought I’d see Miz breaking out the running knee strike on a regular basis. Miz gets in “his” kicks. Jeff turns it around with a Mule Kick. The Miz trips Jeff off the apron. The Miz locks in the Figure Four. Jeff give  Miz a Twist of Fate? That question mark is on purpose. It looked more like a Stunner.  Jeff connects with Poetry in Motion outside the ring. Maryse wakes Miz so that he can dodge the Swanton. Miz with a Skull Crushing Finale for the win. Nice win for The Miz even if Jeff hasn’t been a singles wrestler in a while. They are really starting to play up his number of days as IC Champ.

Nia Jax is mad at Kurt Angle for giving Sasha Banks another chance at the Raw Women’s Title. Emma comes in and wants a title opportunity too. Angle teams them together. If they can beat Alexa Bliss & Sasha Banks, the match will be a Fatal Four Way at No Mercy.

Even though Enzo Amore cheated last week on 205 Live, he comes out with the baby faces. Gran Metallik & Cedric Alexander specifically. Enzo admits to cheating. He also is acting like a mouth piece for them. So is the WWE going to move all talkers that can’t wrestle to 205? I mean, Titus O’Neil is already hanging out with them.

They are taking on Tony Nese, Noam Dar and Drew Gulak. Amore tags himself in and gets to sell since he still has no offensive moves. He has an enziguri now. Alexander gets the hot tag. Alexander & Metallik flip dive onto Dar & Nese. Enzo tagged himself in again. Enzo pokes Gulak in the eyes Three Stooges style. Eat The Feet for the win.

Alexa Bliss tries to butter up Sasha Banks. She isn’t buying it. Banks is ready to make Bliss tap out. I liked the fire. Best Sasha promo in a while.

Finn Balor comes out looking like the cool guy. He’s still pissed off at Bray Wyatt even though he beat him again. Wyatt wants him to beat Wyatt as himself and not the “Demon.” Wyatt wants Balor to run. He’s not going to. I couldn’t be less interested even with a guy I love in the segment.

Of course Emma is the only woman not to have her full entrance on TV. Emma also gets to sell in the match. None of this is surprising. It’s funny though that it’s setting up a Nia Jax hot tag. Banks & Bliss even double suplex Emma. She jaw jacks Bliss to tag out. Jax flattens Bliss. Banks saves Bliss from a pin fall. Bliss dodges a charge. Sasha with a running knee to the face. Sasha tries to lock in the Bank Statement. Jax reveres it and runs into her. Jax drops a leg on her but Emma tagged in. Emma gets the pin fall. Jax ends up giving Emma a Samoan Drop.

Braun Strowman is ready to destroy Big Show again. He isn’t going to complain about his situation but he does note that Brock Lesnar isn’t in this type of match before No Mercy.

Neville informs Enzo, Cedric & Metallik that they’ll be in a five man elimination match tomorrow to take on Neville. Who are the other two? It leaves one of the other three man team off the card.